Sometimes it's good to use humor in ads. Apple's long standing "I'm a Mac and I'm a PC" series of ads used humor to scoff at Windows. Now Microsoft and Nokia are trying to show that the Apple-Samsung feud is out of control in a humorous light. Of course it's all being filmed on a Lumia 920 smartphone with Windows.The campaign's message is simple: Don't fight switch to Nokia. 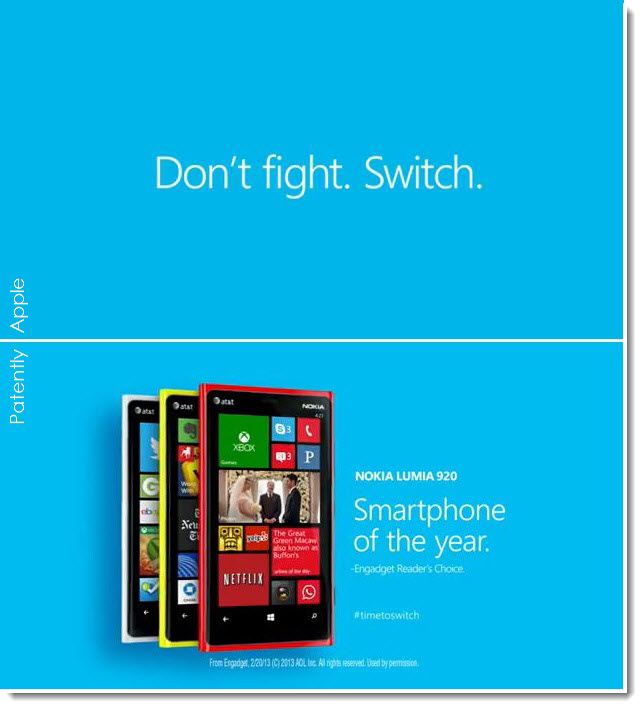 Offbeat humor or just offbeat. Like a hopeless klutz with zero self awareness on the dance floor. MS would need to stop its monopolistic IE shennanigans to benefit from these ads. The old boys are still lost in their dreams from the Tailhook Convention.