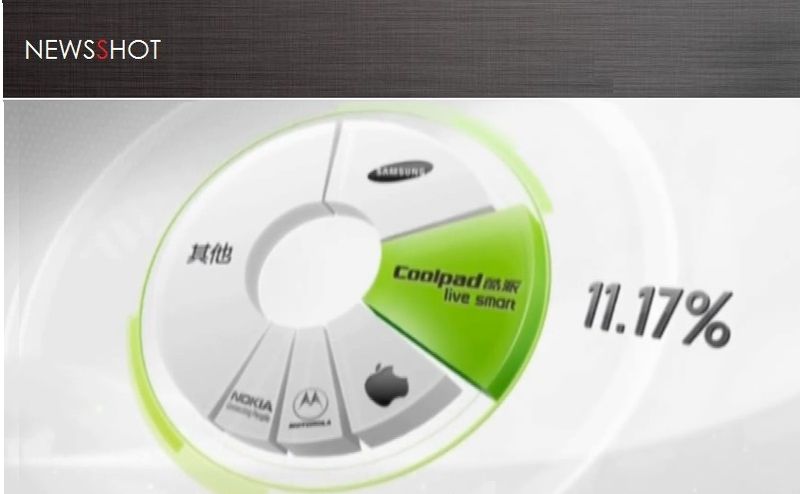 A relatively unknown player to North Americans by the name of China Wireless is seen as a serious challenger to Apple in China. The little unknown was in the number three spot last year behind Samsung and Lenovo but well ahead of Apple who came in the sixth position. Wireless China isn't worried about Apple, even if their more economical iPhone is in the pipeline. While China Wireless is only a fraction of the size of Apple, their latest smartphones called the Coolpad is outselling the iPhone due to their fuller range of lower priced models and much closer ties to Chinese Carriers. While Apple enjoyed the best quarter ever in China, we thought that we'd put a face on one of Apple's tougher competitors in China with a video from Bloomberg.

Apple had their Best Quarter Ever in Greater China

China remains a favorite growth story for Apple, even as the country's economic growth slows. Chief Executive Officer Tim Cook said on the earnings call today it was "our best quarter ever in Greater China."

As Apple dials down its overall forecast, here are some factors in China that could provide a boost:

Revenue in China during the second fiscal quarter was $8.2 billion, according to data compiled by Bloomberg. That's more than the rest of the entire Asia-Pacific region. Including revenue from retail, Greater China's total was $8.8 billion, an 11 percent increase over the same quarter a year ago, Cook said.

Today, Apple has 11 major Apple Stores in China, and the company expects to double that number to twenty-two within the next twenty-four months. Cook also stated during Apple's conference call last week that "Going forward we still see a significant opportunity in China. It's a great market."

Apple's CEO also noted that the iPad is taking off in China. Sales during the quarter increased 138 percent compared to the previous year. "We set new records for sell-through for iPhone and iPad during the quarter," Cook stated.

Rumors of a more economical iPhone began to emerge as early as January. China's budget buyers could be an important factor in Apple's growth there. Cook stated that "China has an unusually large number of potential first-time smartphone buyers, and that's not lost on us." A sign that perhaps a new model aimed at a different segment of the market could truly be in the making.

While Apple may never be number in Greater Mainland China, they'll definitely be a major competitor in the long term and one that will be focused on delivering the very best hardware, software and services to China's consumers. But let's be honest. Apple's CEO Tim Cook did mention that Apple did indeed have a few new product categories coming to market in the next twenty months and that could lead to some surprising results for Apple, even in China.