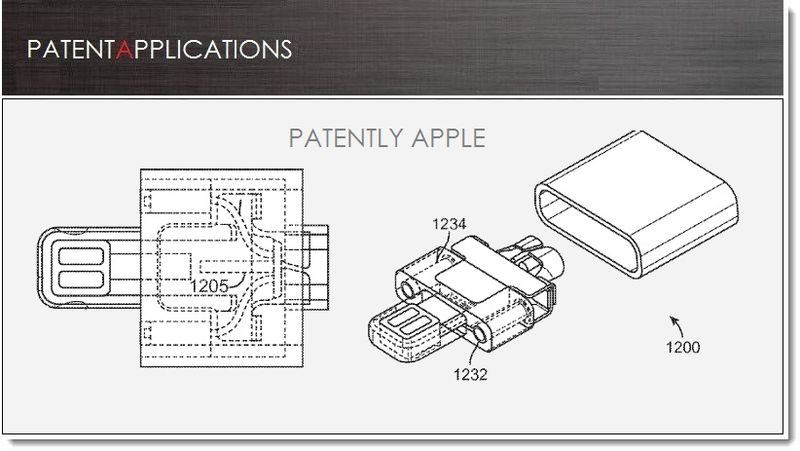 On April 11, 2013, the US Patent & Trademark Office published a couple of patent applications from Apple that relate to optical and optical hybrid device connectors. The latter is described as an electro-optical connector. Apple's main engineer behind this latest connector is the very same engineer who was behind Apple's "All-New Hybrid DisplayPort/USB 3.0 Connector" patent which was granted to Apple exactly two years ago. This guy eats and sleeps all things connector related and the patent illustrates his passion for this intricate world of connectors. But at the end of the day much of the patent is really about explaining the technology that's behind Apple's new Lightning connector and perhaps its road map of development which includes an eventual move to a next generation lightning connector based dock.

Apple's "Lightning" connector is a proprietary computer bus and power connector created by Apple Inc. to replace its previous proprietary 30-pin dock connector, intended to connect devices like iPods, iPads, and iPhones to a host computer. 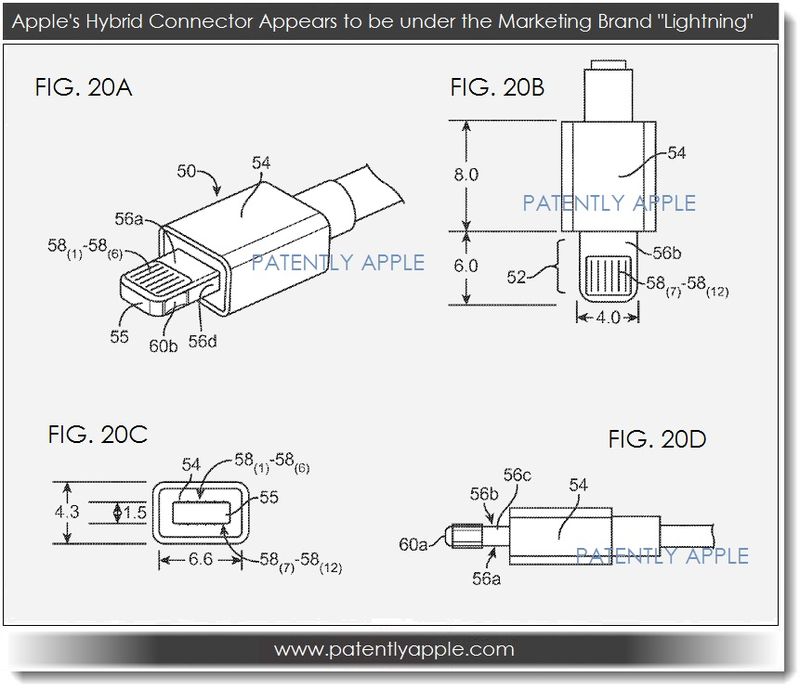 The noted patent figures of today's patent match up with the current form of lightning connector in this form. The patent covers all kinds of variant designs with a wider base such as Apple's Lightning to 30 pin adapter and perhaps even next generations of the Lightning connector as illustrated below. If you're a super-geek and want to read up on the latest and greatest hybrid cabling technology from Apple, then you should read their "hybrid optical connector" and "optical connection of devices" continuation patents.

Interestingly the patents were filed using PCT. Under the PCT or "Patent Cooperation Treaty," an inventor can file a single international patent application in one language with one patent office in order to simultaneously seek protection for an invention in up to 117 countries throughout the world.

At the end of the day, there's no doubt that much of the technology found in Apple's latest patent filings relate to where Apple's connectors may go in the future, yet there's a good chance that the variant connector designs will be marketed under the Lightning brand for the most part. Apple received a lot of flak from the press and their fan base for introducing yet another proprietary connector. So I can't see Apple wanting to rush out to reinvent yet another connector that's disconnected from Lightning (or even Thunderbolt) to roil the market. Though one can never tell with Apple.

To assist our visitors and fans wishing to delve into today's connector patents in-depth, we provide a wide swath of patent figures below that are from the hybrid optical connector patent. Good hunting.

Apple's patent FIG. 4 shows pins of a lead frame assembly attached to a substrate having at least one active optical component. Apple's patent FIG. 5A shows a cross-sectional side view of substrate at the connection point of an optical transmitter. 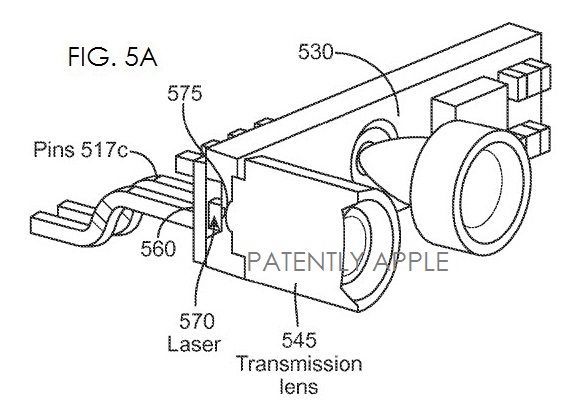 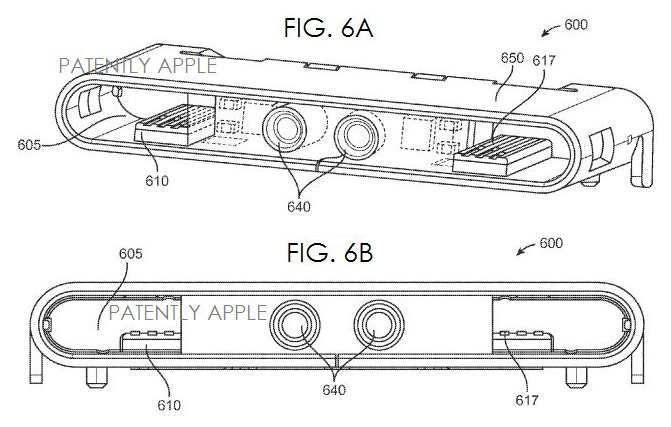 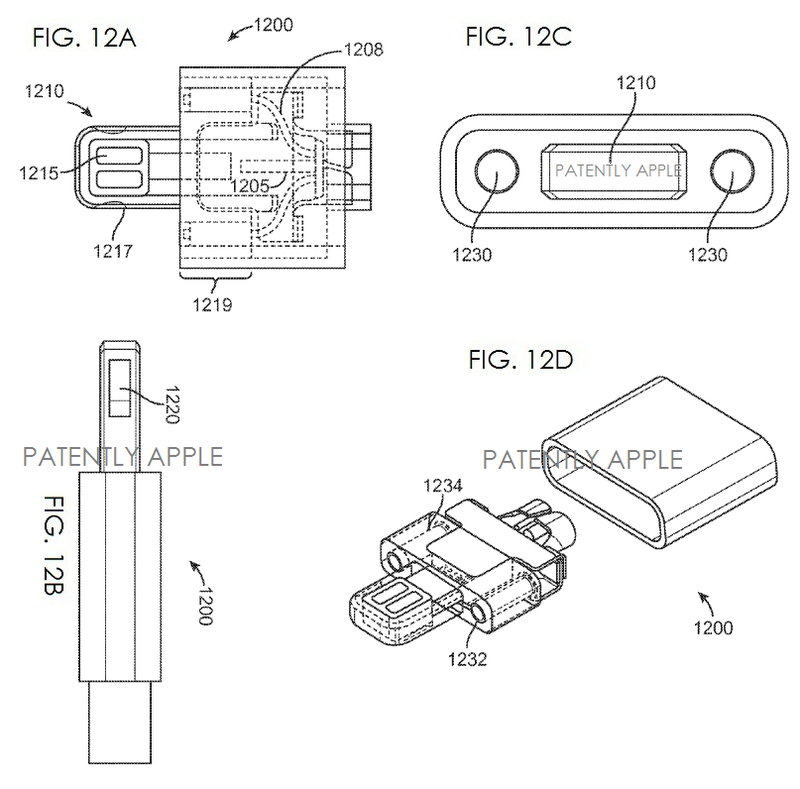 Apple's patent FIG. 16 is a perspective view of a female hybrid connector. 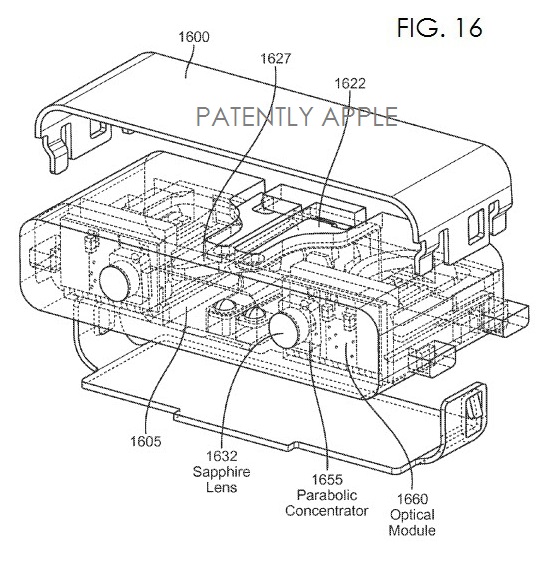 And Lastly patent FIG. 9B which represents a cross-sectional side view of electronic device and docking station. Don't get hung up on the the iPod locking ancient as it's just a prop to illustrate an iDevice. This isn't a design patent, so the old iPod is just a a generic visual. 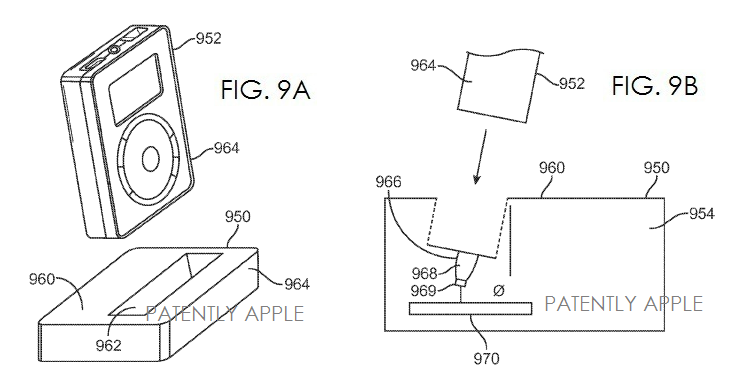