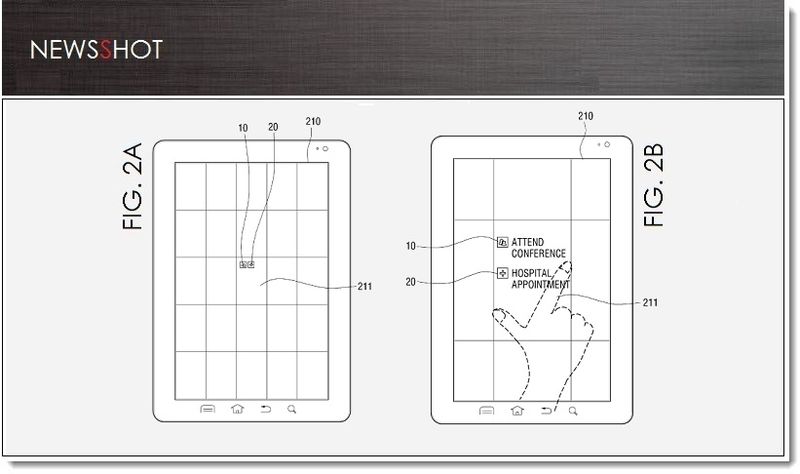 Yesterday we covered a patent filing form Microsoft that clearly demonstrated their intentions of copying Apple's Pinch and Zoom feature. Samsung, who is trying everything in their power to invalidate Apple's Pinch & Zoom, is now trying to patent this all-important touchscreen feature as well. A new patent application published last week by the US Patent Office clearly demonstrates this fact and our cover graphic clearly points that out. More importantly, two of their patent claims spell this out. Claim number five states: "The display apparatus of claim 1, wherein the size of the UI is adjusted according to at least one of a pinch-in operation and a pinch-out operation. Their patent claim number twenty-two repeats this under a "method." With published applications from Microsoft and Samsung surfacing at the US Patent Office in the same week claiming that the Pinch & Zoom function is their own original invention is testament to how critical a feature this is for modern day touchscreen devices.


To confirm the "Pinch and Zoom" feature that Samsung is trying to blatantly copy from Apple, review patent application 20130061171. The application was originally filed on August 30, 2012 and published by the US Patent and Trademark Office on March 7, 2013. No matter how you look at it, Samsung bleeds hypocrisy with their latest patent filing.

I guess you missed the ending: " in accordance with a state of the manipulated size of the UI." Did you not catch the cover graphics. That's the point, changing the size of the text or graphic by a pinching motion. Without Pinch and Zoom, any other associated benefit isn't possible. You can't get around the fact that the pinch and zoom function is the only way for this app to work. So they try to hijack it. End of story.

There is one issue with this article - the claim 1 actually recites "changing a type of information displayed in the UI in at least one stage in accordance with a state of the manipulated size of the UI."