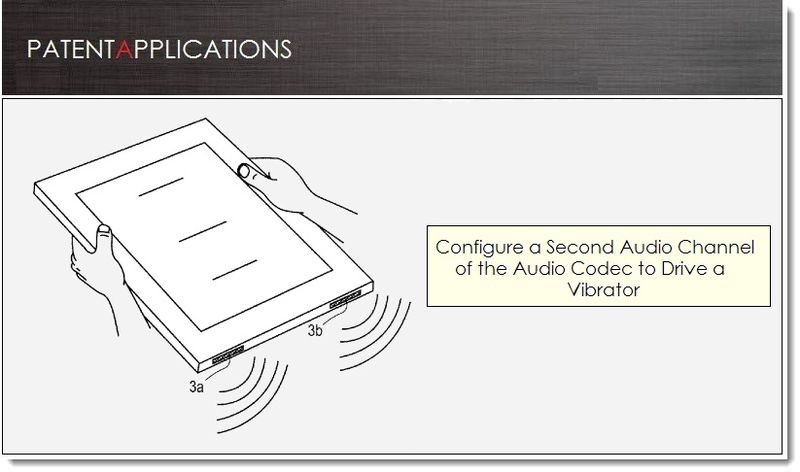 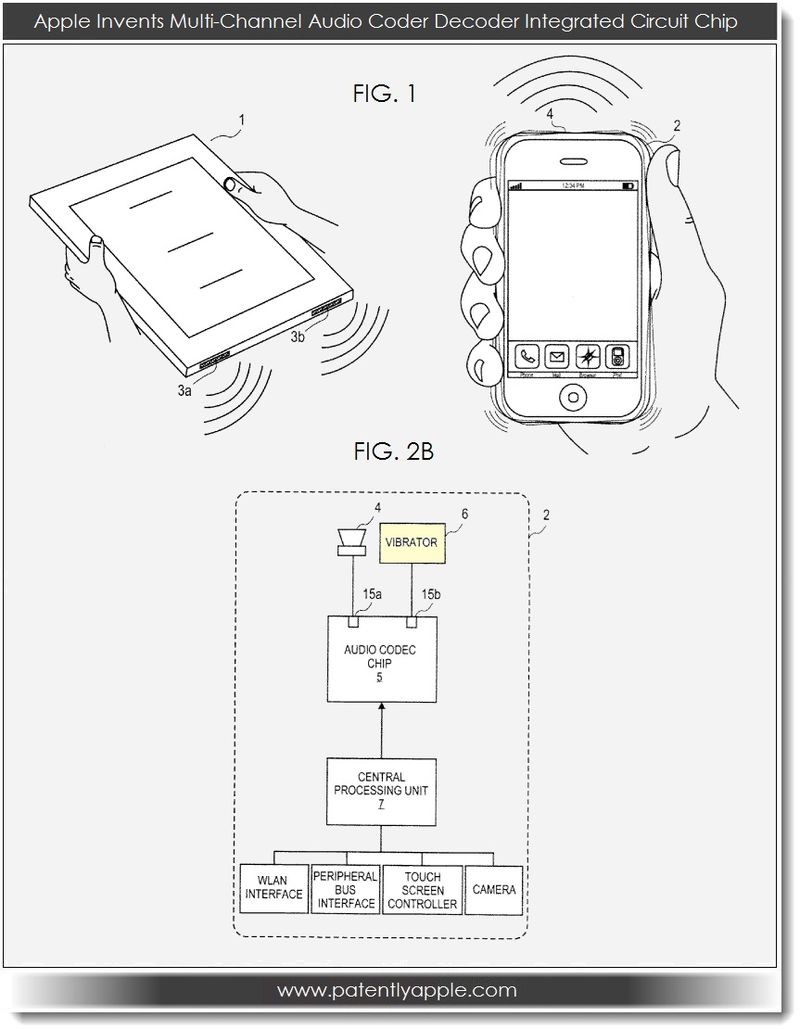 Apple's patent FIG. 1 shows two portable audio devices in the form of an iPad and an iPhone. As shown in FIG. 1, the iPad uses the speakers 3a and 3b to operate in a stereophonic mode by emitting a different channel of audio through each speaker 3a and 3b. For example, a music player application or game running on the iPad may emit two different channels of an audio source (e.g. a right channel and a left channel) through the speakers 3a and 3b. In contrast, the iPhone uses speaker 4 to operate in a monophonic mode by emitting a single channel of audio through the speaker 4. As also shown in FIG. 1, the iPhone is able to vibrate simultaneously, using an integrated vibrator.

Apple credits Timothy Johnson as the inventors of patent application 20130073295 which was originally filed in Q3 2011. To review Apple's 16 patent claims and finer detailing, review this application.