On March 21, 2013, the US Patent & Trademark Office published a patent application from Apple that reveals new and improved Auto Exposure techniques for variable lighting conditions that could improve FaceTime image quality.

Today, many personal electronic devices come equipped with digital video cameras. Often, the cameras in these devices perform many functions, such as: image capture, video capture, and videoconferencing. Videoconferencing with handheld and/or mobile personal electronic devices is a much more difficult endeavor than traditional videoconferencing applications, wherein the camera is mostly fixed and the lighting and/or composition of the scenery around the videoconferencing participant(s) does not often change drastically. Thus, it is important that digital video cameras in handheld and/or mobile personal electronic devices be able to capture visually appealing images in a wide variety of lighting and scene conditions with limited or no interaction from the user, while at the same time allowing for the video encoding of the captured image frames to be carried out in the most computationally effective and visually appealing manner.

There is need for systems, methods, and a computer readable medium for intelligently and dynamically setting a digital video camera's exposure parameters in such a way as to lead to visually pleasing images and efficiently encoded video streams in handheld and/or mobile videoconferencing applications.

In personal electronic devices executing such handheld and/or mobile videoconferencing applications, it may be desirable to adjust exposure parameter values gradually, so as to reduce video oscillations causing visually jarring effects on the device's preview screen due to rapidly changing brightness levels.

However, adjusting the exposure parameter values too gradually can cause the video encoder to make inaccurate temporal predictions, resulting in poor quality video streams over a large number of frames. Thus, the inventors have discovered various techniques to improve auto exposure methods for use in variable lighting conditions, especially as applied to handheld and/or mobile videoconferencing applications executing on personal electronic devices. 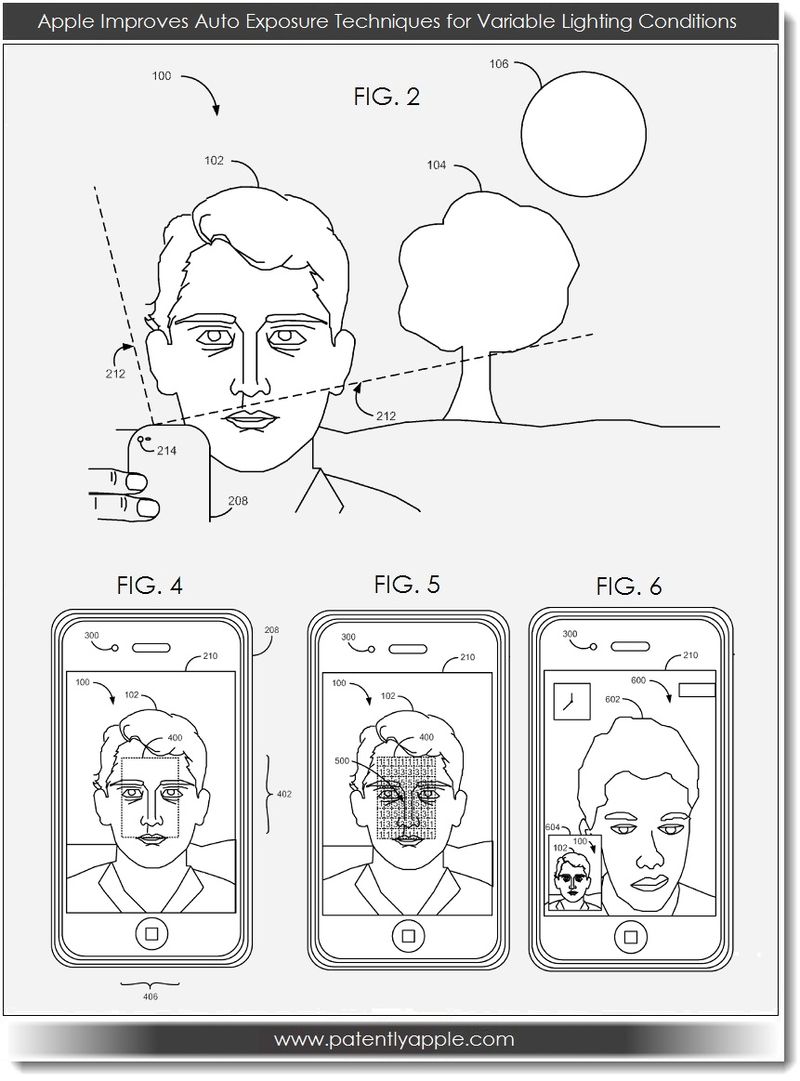 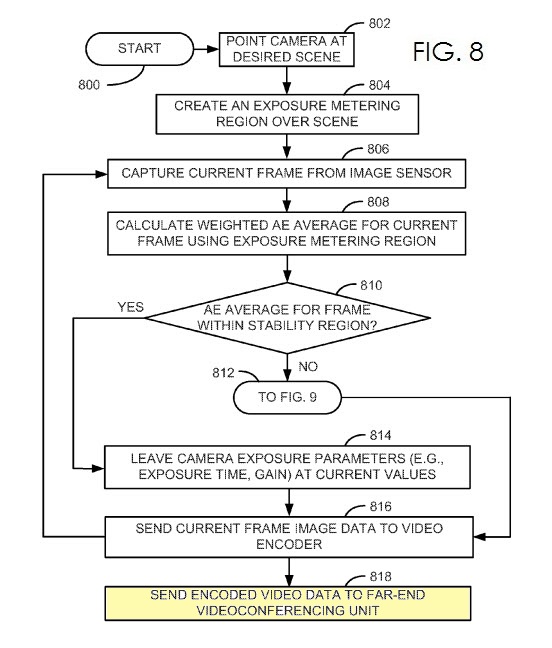 Apple credits Douglas Price, Xiaosong and His-Jung Wu as the inventors of this patent application which was originally filed in Q4 2012. To review Apple's 25 patent claims and further detailing, see patent application 20130070151.