The US Patent and Trademark Office officially published a series of ten Apple design patents today covering the iPad, iPhone, an iDevice component, the iPad's battery and more.

Apple has been granted a series of 10 design patents today. The first series of key designs include the iPhone 4/4S which credits the late Steve Jobs as one of the designers, the iPhone 4/4S exterior frame including its stainless steel metal band, the iPhone's back plate and its Apple Store packaging. 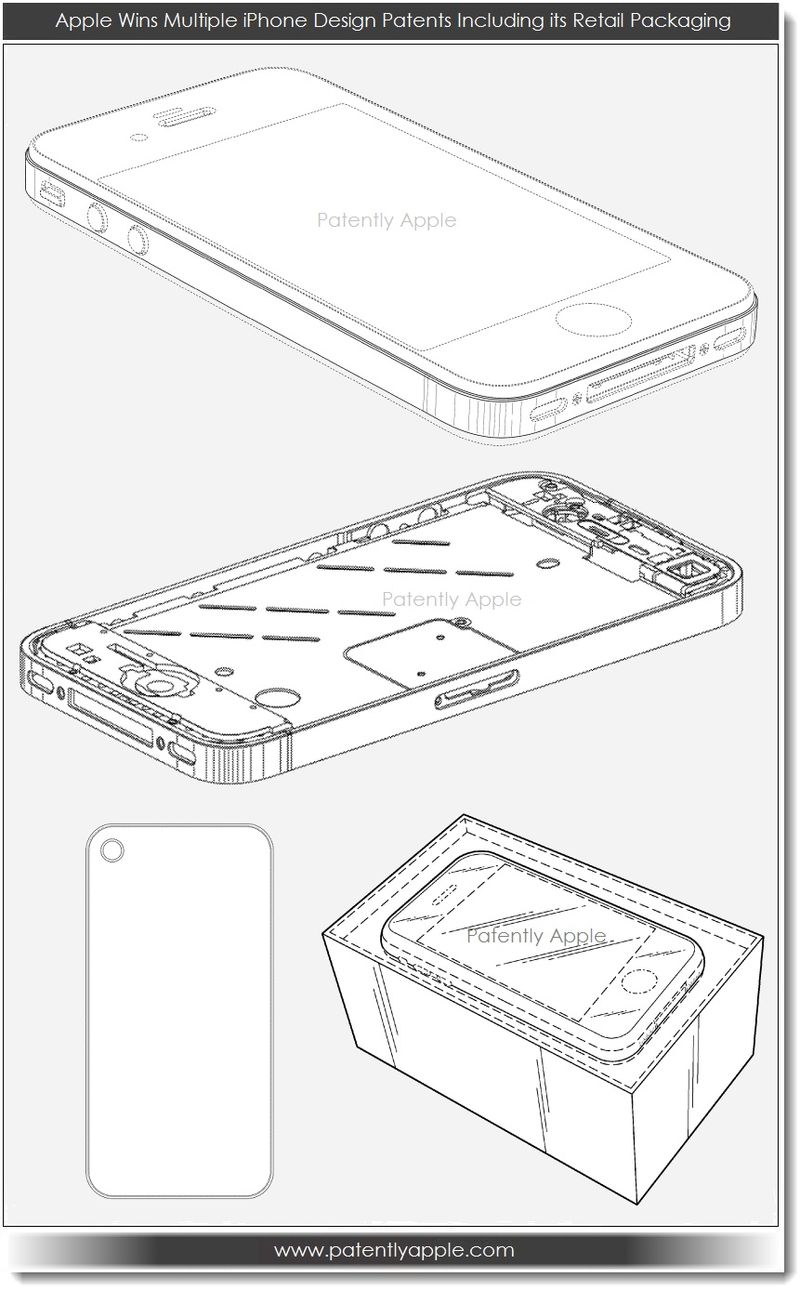 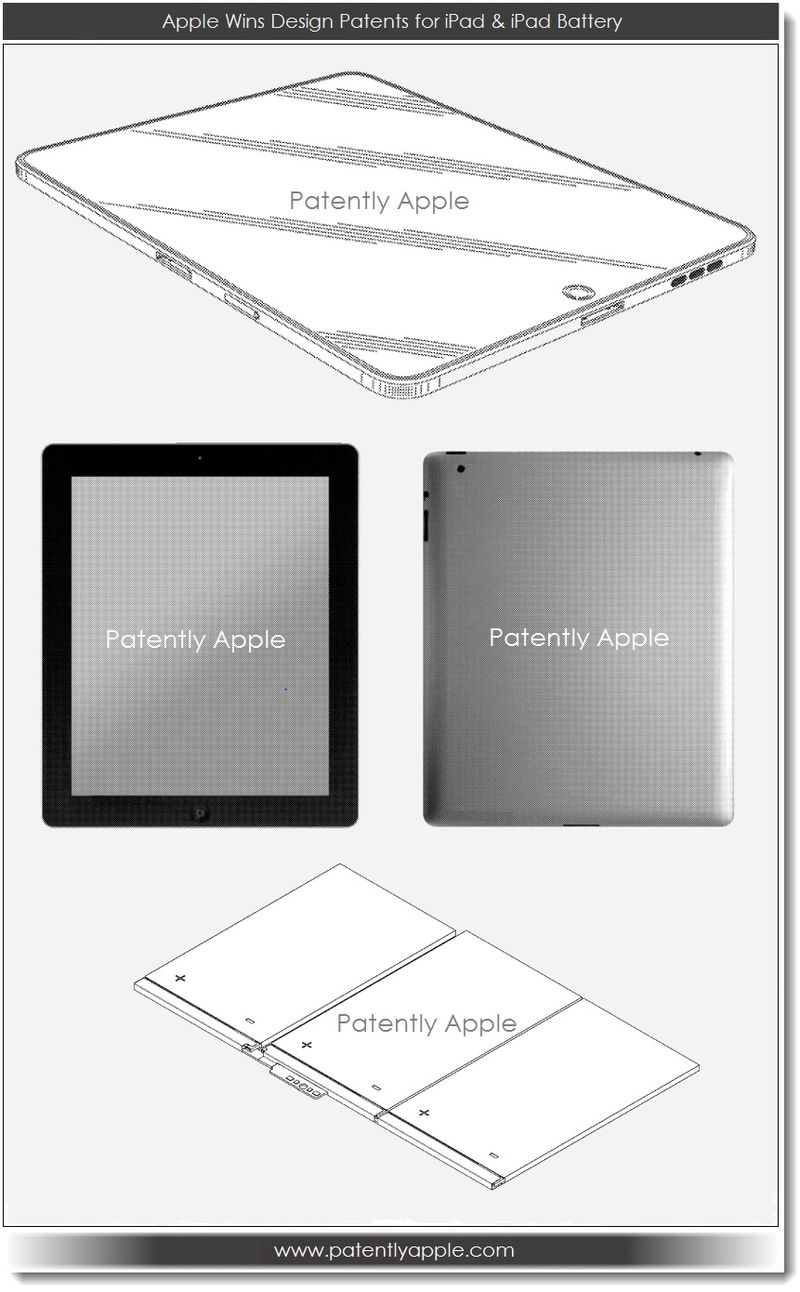 The other design patents covered an iDevice component (not shown) and a graphical user interface layout as illustrated below. 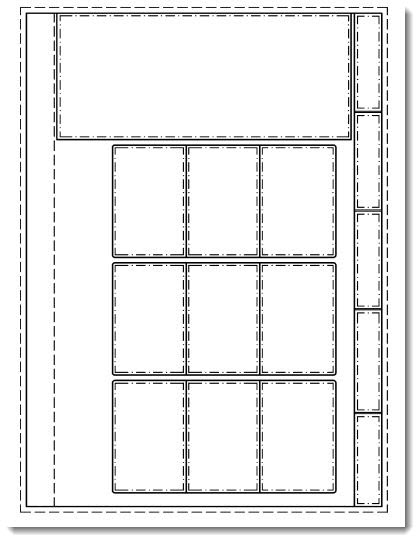 The GUI layout is very interesting