Late yesterday, the Canadian IP Office approved and published Apple's latest registered trademark for "Magic Trackpad." The trademark took a full three years to get approved. On another Intellectual Property front, Apple is still battling Acer for the iPad trademark.

Apple's trademark for "Magic Trackpad" is now a registered trademark in Canada under TMA842330. The approval was issued on February 05, 2013 and published late yesterday online. 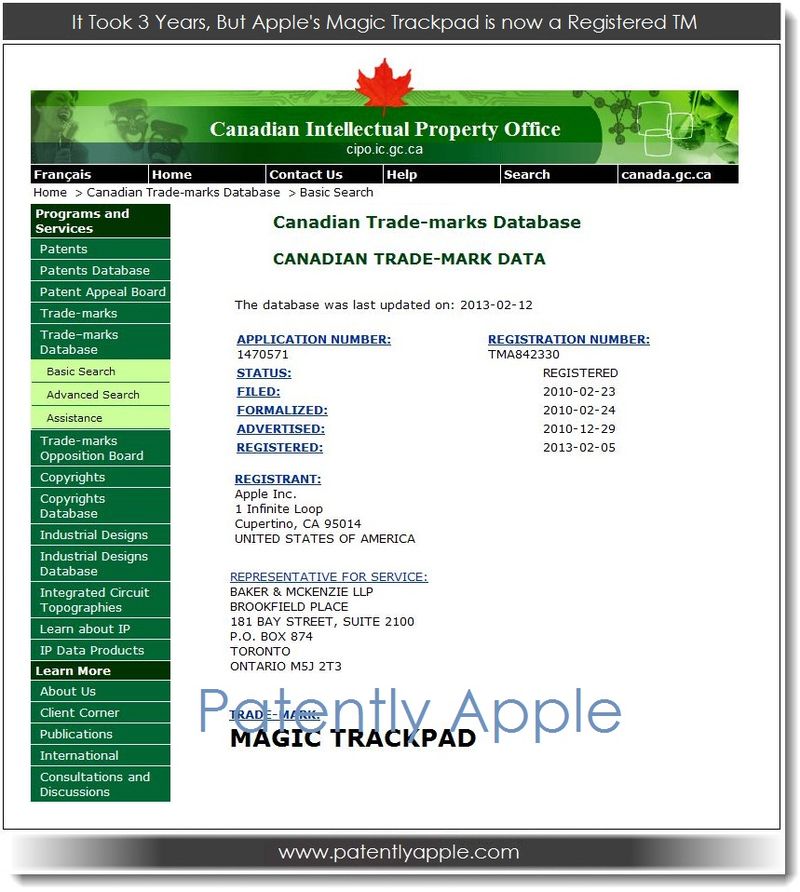 Late yesterday it also came to light that that Acer is still battling Apple over the iPad trademark. The activity illustrated below shows that Acer has until June 5, 2013 to conduct their cross examination. 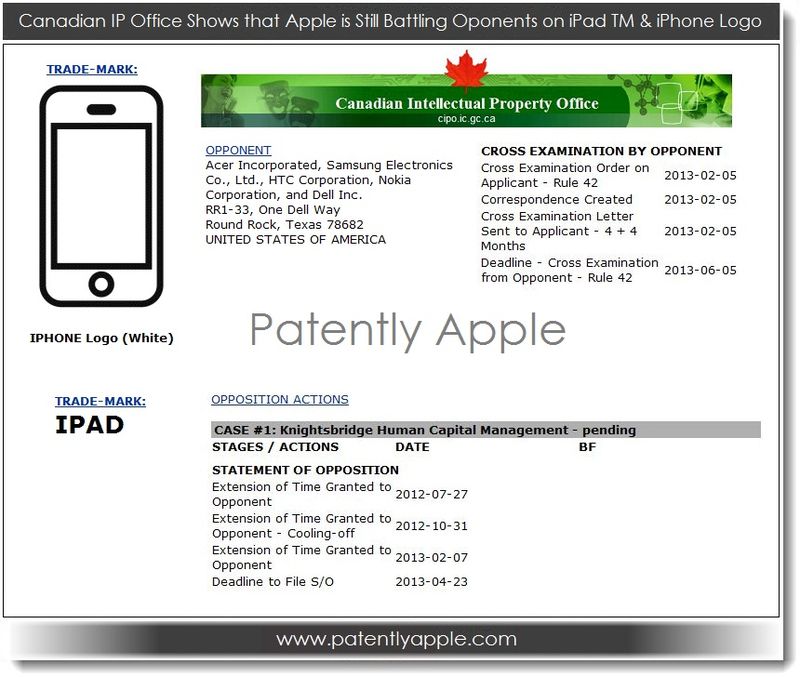 On another front, Apple is battling Knightsbridge Human Capital Management over the iPhone's white logo as illustrated above. The deadline in this case is April 23, 2013.