The two patents that Apple is alleged to have infringed are granted patents 5,748,484 and 5,552,994 which are officially assigned to Onkor, Ltd. The formal complaint before the court makes no reference to Express Card Systems being the owner of the patents as is customary in infringement lawsuits. We're unable to confirm or connect Express Cards Systems to the Onkor patents. Whether their formal complaint before the court simply lacked this data or they didn't provide such information because they're Patent Trolls is unknown at this time. 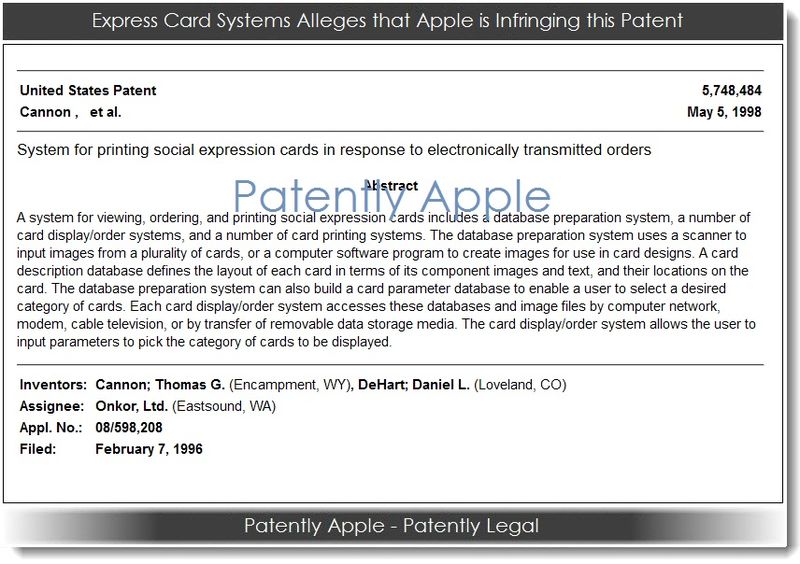 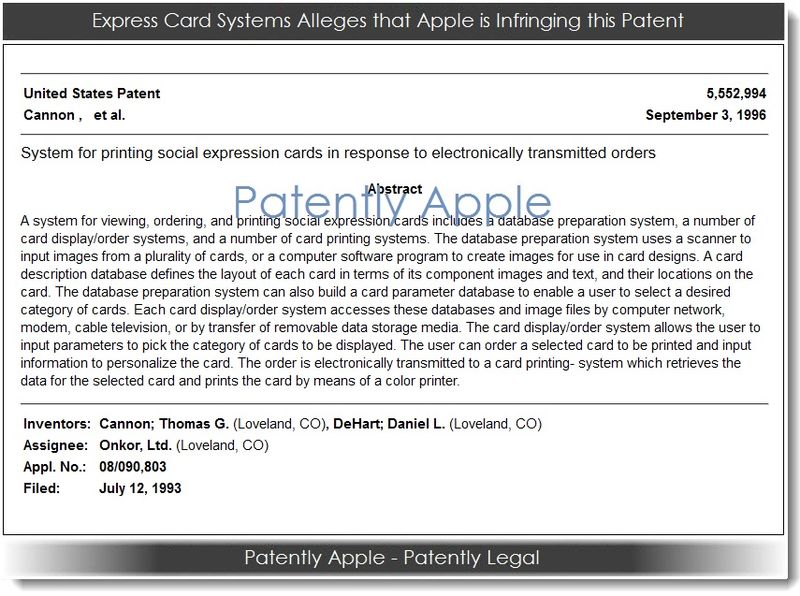 The patent infringement case presented in today's report was filed in the Texas Eastern District Court. The Presiding Judge in this case is noted as being Judge Michael H. Schneider.

Is it wrong for a small company without the financial and legal resources of Apple should work with a legal firm that can stand up to Apple in court to protect their intellectual property rights?