In late January Patently Apple reported that production of Apple' iPhone 5 at Hon Hai had begun to utilize a robotic workforce. Hon Hai is aiming to have more than a million robots on their production line over the next few years covering everything from precision work right down to finishing work like polishing. Today, the US Patent and Trademark Office revealed Apple's patent application for an invention relating to a robotic arm designed for the finishing process of products such as the iPhone. Today's patent report closes by presenting you with a wide range of other patent filings that were published today covering such matters as the MagSafe 2 connector and Apple's Internal LCD display testing methodology.

Apple states that precise surface finishing of metals using operations like sanding, grinding, polishing, buffing often requires the application of a repeatable force. The use of the repeatable force ensures that material removal and resulting surface finish is consistent across a variety of geometries. For example, the use of repeatable force can be quite useful when finishing surfaces have sharp geometries, such as around corners, protruding surfaces and features, and so forth. Conventional approaches to applying a repeatable force in various finishing operation include systems designed to use compliant mechanisms in a support structure of a surface finishing machine that to helps to ensure a more uniform application of force. These compliant mechanisms include for example: foams, coil springs, and air cylinders. However, only systems that incorporate air cylinders (when configured with a proper regulator and bleed valve) are capable of providing a constant force over their travel albeit with limitations.

Thus, in view of above, methods, apparatus and materials are desirable that facilitate the application of constant force in the finishing of work pieces having a variety of shapes.

Apple's patent FIG. 4 below illustrates a representative finishing system that uses a robotic arm to position and move a workpiece such as an iPhone. 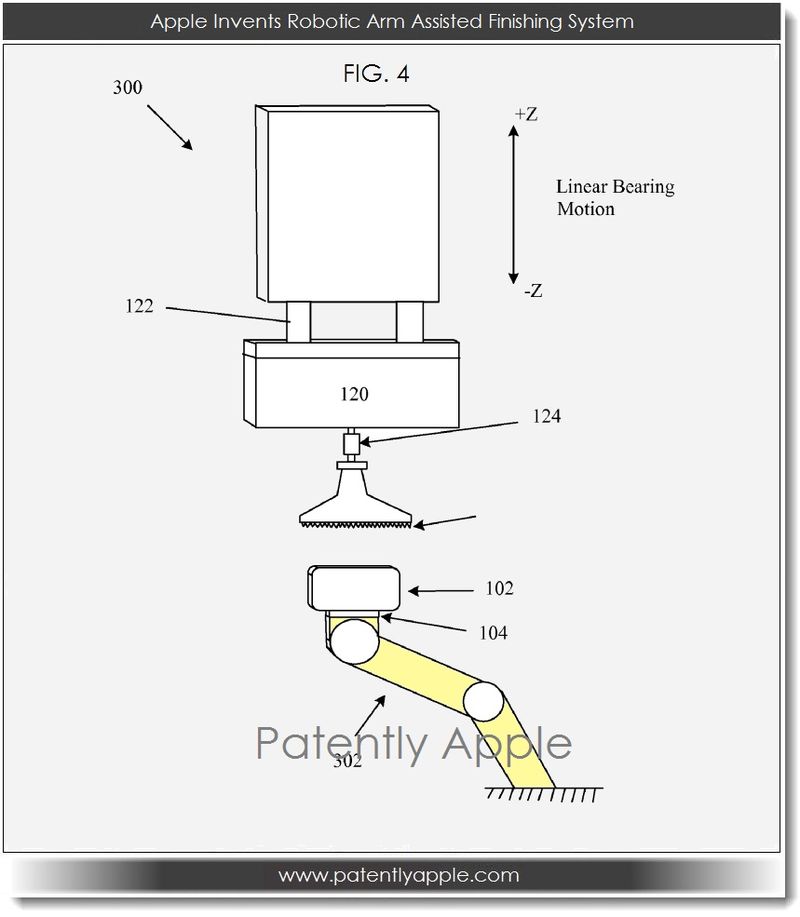 Some of Apple's Other Patent Filings 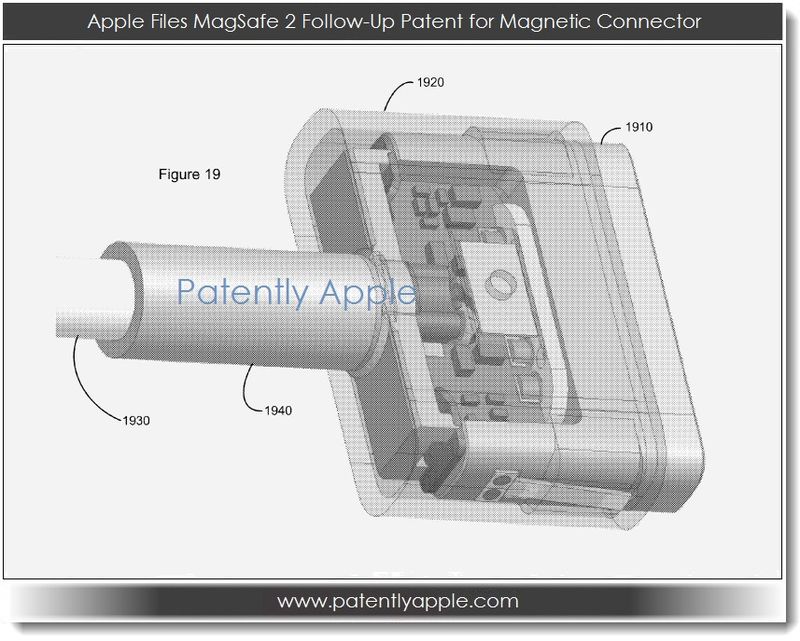 In October 2012 Apple was granted a patent for an audio Jack with included microphone. Today, Apple is simply tweaking their granted patent.

In May 2012 Apple was granted a camera patent that utilized the same patent figures that are found in today's patent application relating to a camera having a continuous image capture.