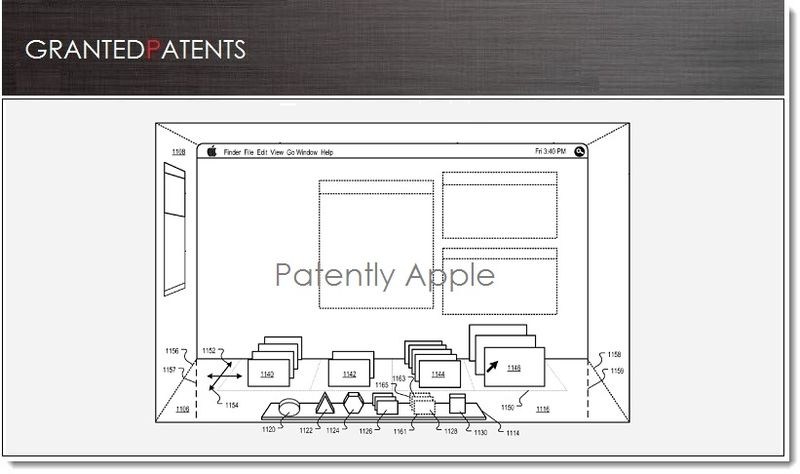 The US Patent and Trademark Office officially published a series of 36 newly granted patents for Apple Inc. today. In this particular report we cover a design patent for the MacBook Pro and Apple's patent for a 3D version of OS X.

Apple has been granted a patent today for their invention relating to a 3D version of OS X titled "Multi-Dimensional Application Environment." Apple filed for this patent back in December 2008. 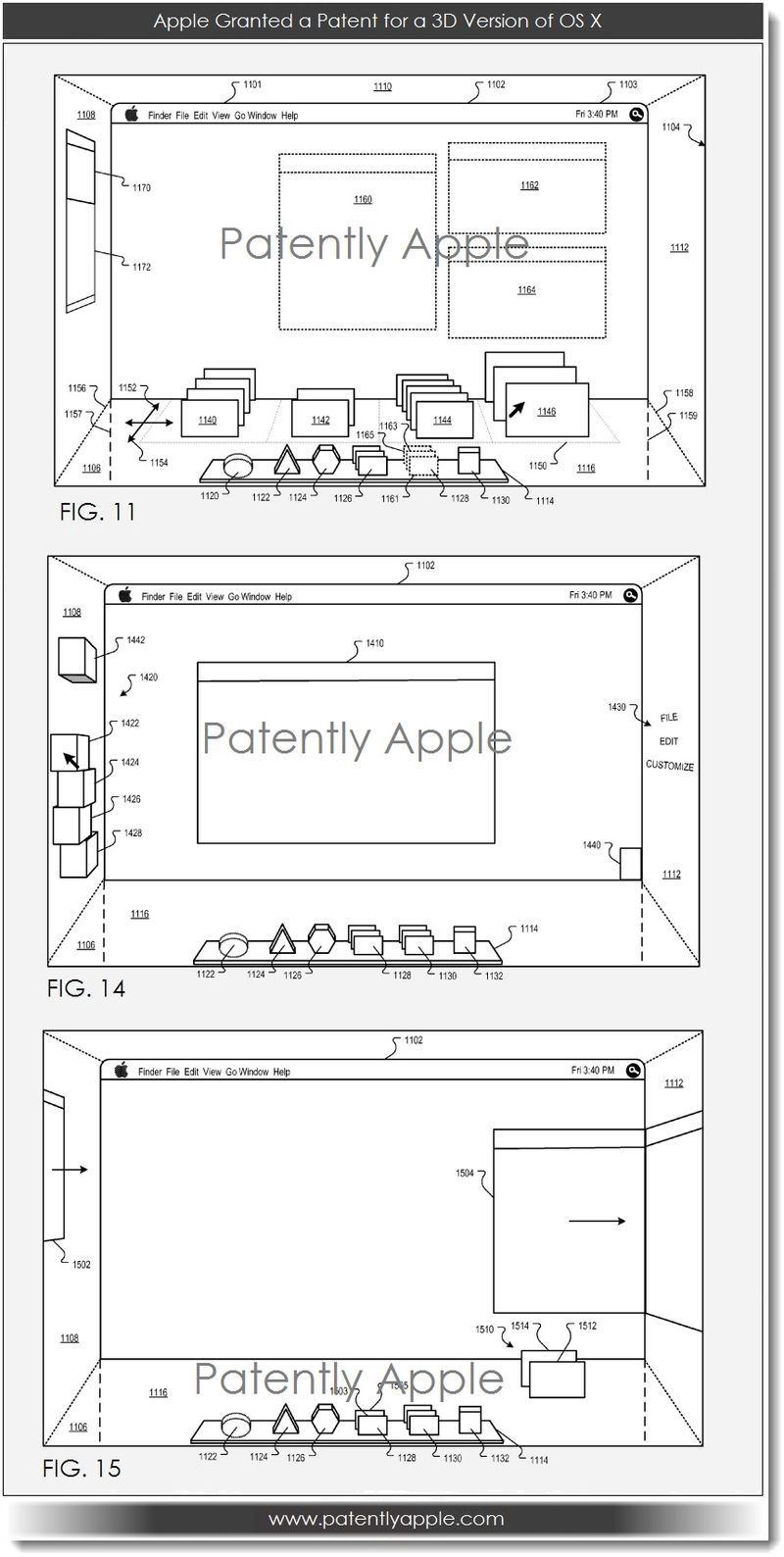 Apple credits John Louch, Imran Chaudhri, Christopher Hynes, Tim Bumgarner and Eric Peyton as the inventors of this granted patent which was originally filed in Q2 2007.

Apple has been granted three design patents today covering the MacBook Pro, an icon and what appears to be the MacBook Pro's battery outlay under D676,437.