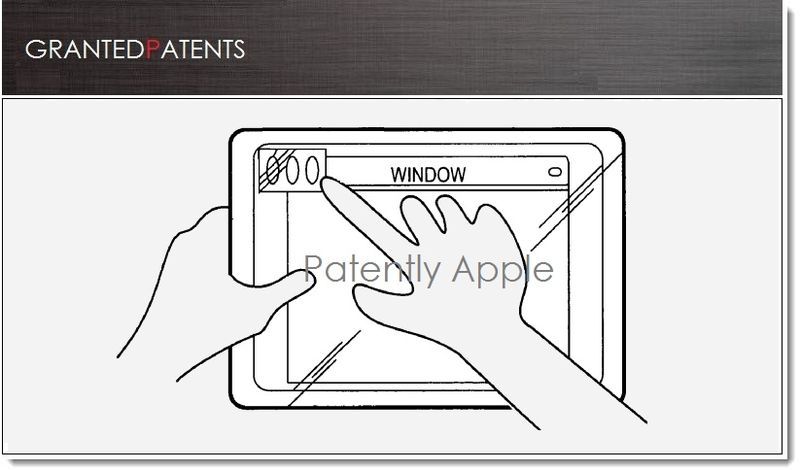 On February 19, 2013, the US Patent and Trademark Office officially published a series of 36 newly granted patents for Apple Inc. today. In this particular report we cover patents describing a proximity detector, future active Apple Store packaging, a haptics feedback system describing a virtual keyboard and more. We close out our report with a full listing of the other patents that were granted to Apple today.

Apple Granted Patent for Proximity Detector for the iPhone and iPad

Apple has been granted a patent today for a proximity sensor used in a tablet and smartphone. This is one of Apple's original tablet and smartphone patents dating back to 2005 or two years prior to the debut of Apple's iconic iPhone. We presented this in our Tablet Prophecies Series back in 2010 just prior to Steve Jobs introducing the iPad. One of the patent figures noted below covers floating controls. 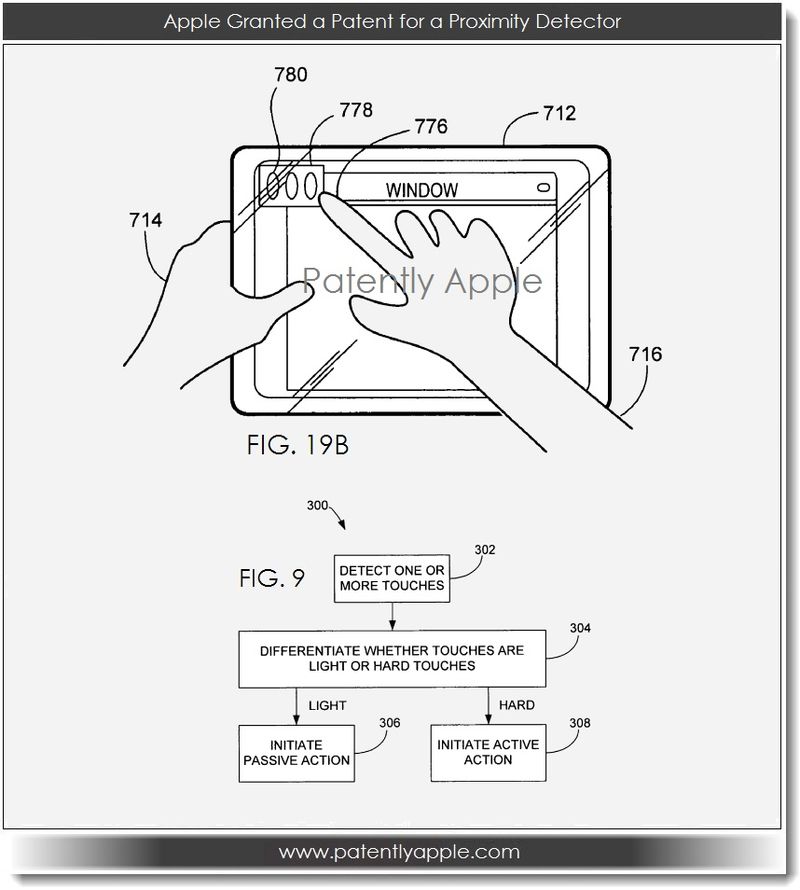 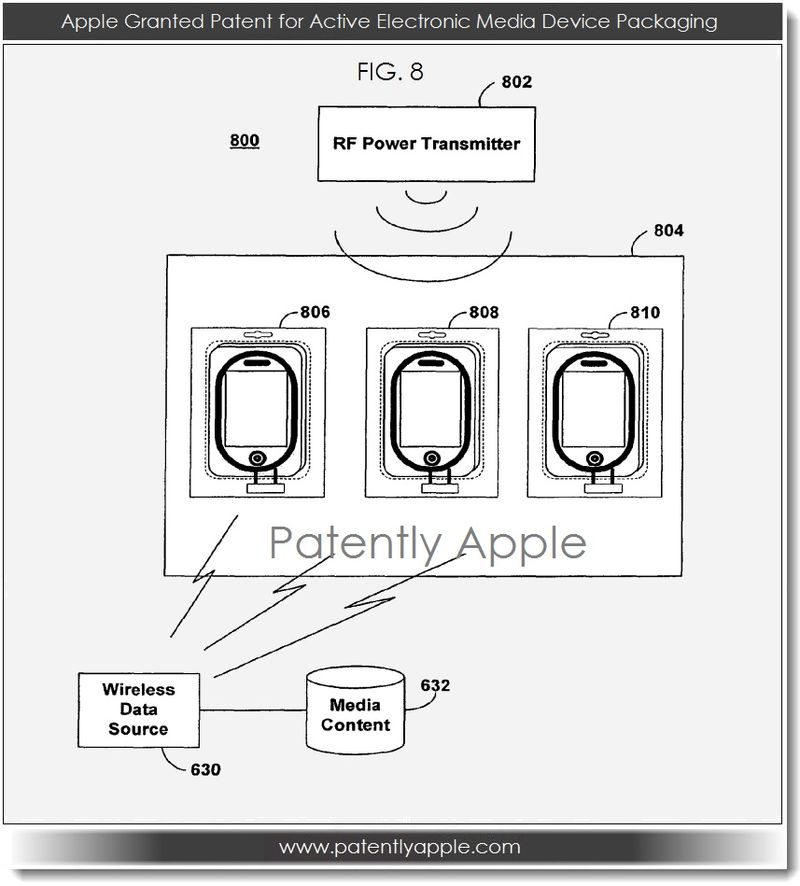 About Apple's Patent Figure 8: Apple states that to provide power to electronic media device in the packaging, a wireless power receiver module may be built into or attached to active package. For example, an antenna may receive RF signals from an RF power transmitter (e.g., RF power transmitter 802 of FIG. 8) and convert the received RF energy into direct current. The current may be used to power or charge electronic media device while it is housed inside active package.

You could review the details of this patent by viewing our original report on Apple's Q1 2011 patent application, titled "Apple Gets Closer to a Virtual Keyboard for the iMac +." 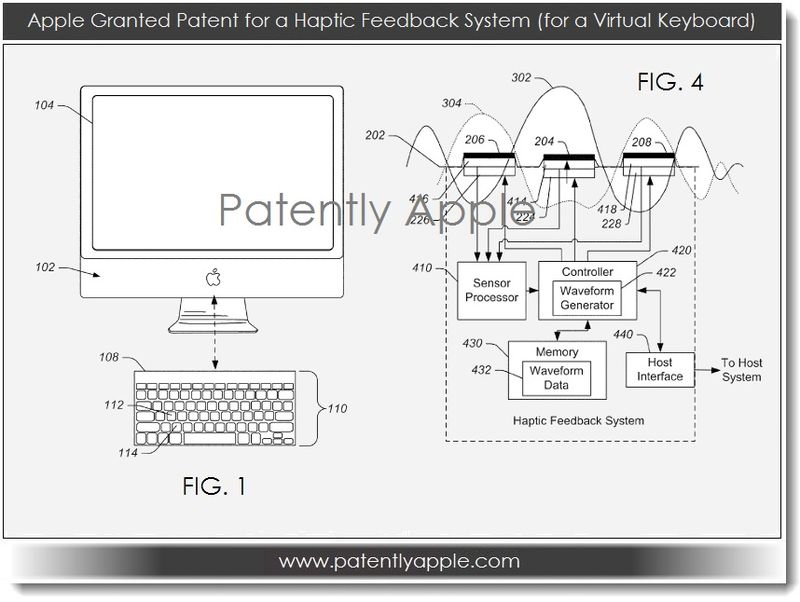 Apple credits Aleksandar Pance, Paul Alioshin, Brett Bilbrey and David Amm as the inventors of this granted patent which was originally filed in Q3 2009 and published today by the US Patent and Trademark Office.

Apple has been granted a patent for a mounted shock sensor that basically allows an Apple Store Genius or technician to determine whether the electronic device coming in for service was actually dropped or subjected to a shock event that exceeded an impact threshold level.

So if you're going into an Apple Store to repair your MacBook Pro that's not working, don't try to play dumb if you actually dropped your MacBook causing the problem. They'll know you're lying and shoot you on site. 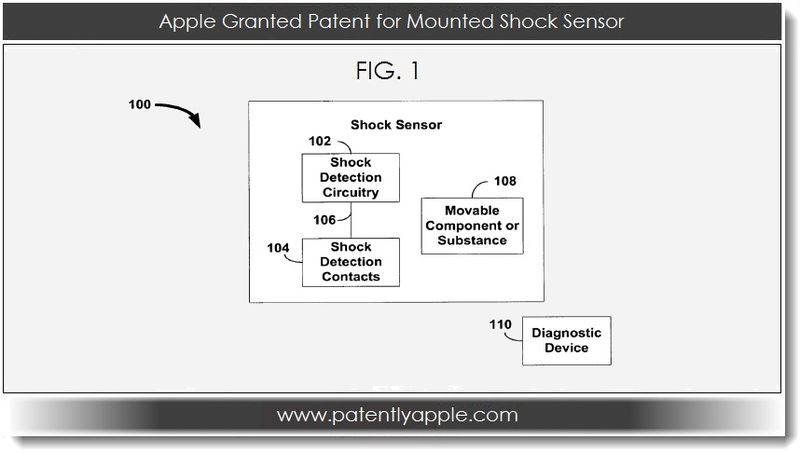 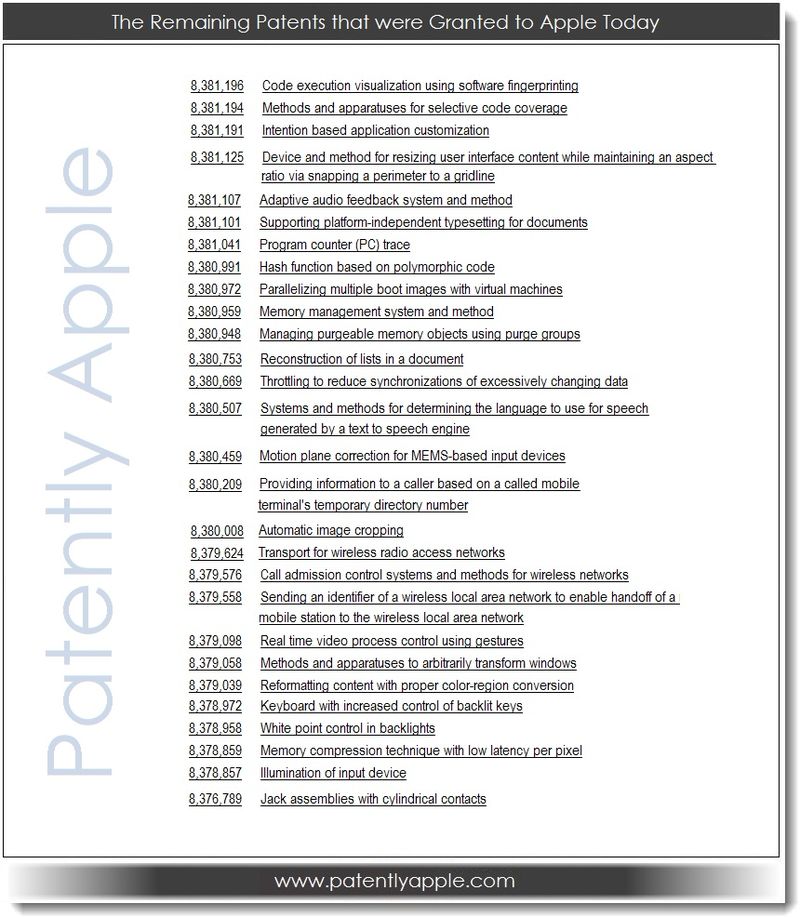