In 2010 we reported on Apple renewing their classic Newton trademark that supported Apple's ground breaking 1987 Newton PDA. In 1997 Apple's then iCEO Steve Jobs abruptly dropped their PDA known as Newton as a cost cutting measure in an effort to save the company from Bankruptcy. Patently Apple has just discovered that Apple has now officially abandoned their iconic Newton trademark. The Canadian IP Office shows that it was officially deemed abandoned on February 12, 2013. 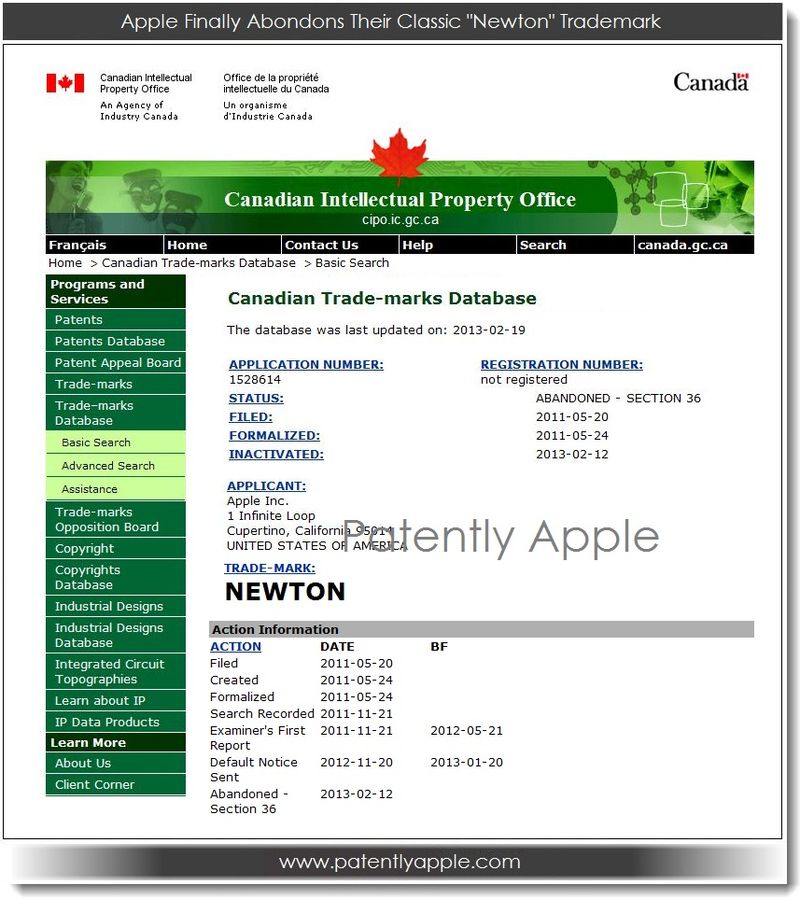 You could read more about Apple's Newton, here 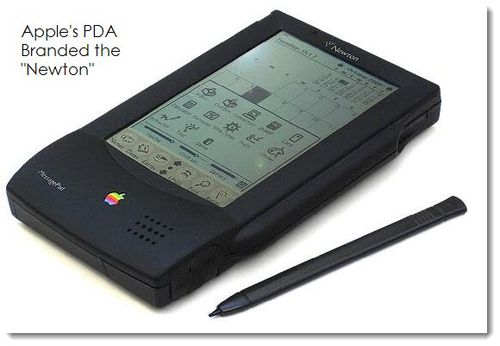