Apple's Patent for their Revolutionary EarPods Comes to Light 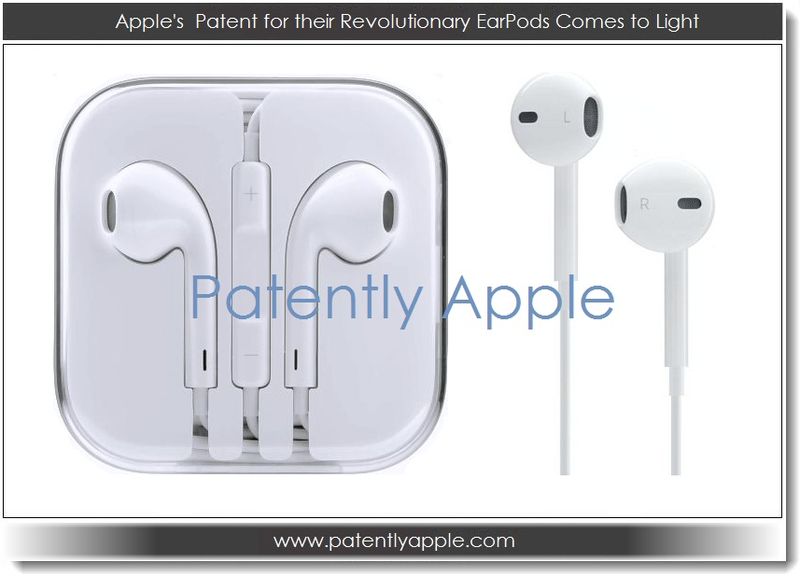 On January 3, 2013, the US Patent & Trademark Office published Apple's Revolutionary EarPods patent application. Apple's EarPods came to market when they launched the iPhone 5 last September. Apple describes them as a "breakthrough design." The new EarPods provide for a more natural fit with increased durability and an incredible acoustic quality reserved for higher-end earphones.

The Problem with Prior In-the-Earbud Designs

Headsets are commonly used with many portable electronic devices such as portable music players and mobile phones. Headsets can include non-cable components such as a jack, headphones, and/or a microphone and one or more cables that interconnect the non-cable components. Other headsets can be wireless. The headphones--the component that generates sound--can exist in many different form factors such as over-the-hear headphones or as in-the-ear or in-the-canal earbuds. In-the-ear earbuds are sometimes referred to as non-occluding earbuds as they generally do not form an airtight seal with the user's ear. The absence of an airtight seal can affect the earbud's acoustic performance, especially when two or more speakers are used. Accordingly, what is needed is a non-occluding earbud having two or more speakers and that provides high quality sound.

Apple's patent relates to methods of making non-occluding earbuds. The earbud has a non-occluding housing having a directional port positioned offset with respect to a center axis of the housing. The directional port may be constructed to project acoustic signals into the user's ear canal. In addition, the directional port can include separate openings or ports for different front volumes existing within the housing. Front and back volumes can exist for each speaker contained within the housing, and embodiments of this invention use a midmold structure that enables the front volumes to be tuned independently of each other. The speakers are mounted to the midmold, which is fixed to an inner surface of the housing. The midmold has a cavity shaped to tune the front volume of one of the speakers. For example, in one embodiment, the cavity can form part of the front volume for a woofer speaker. 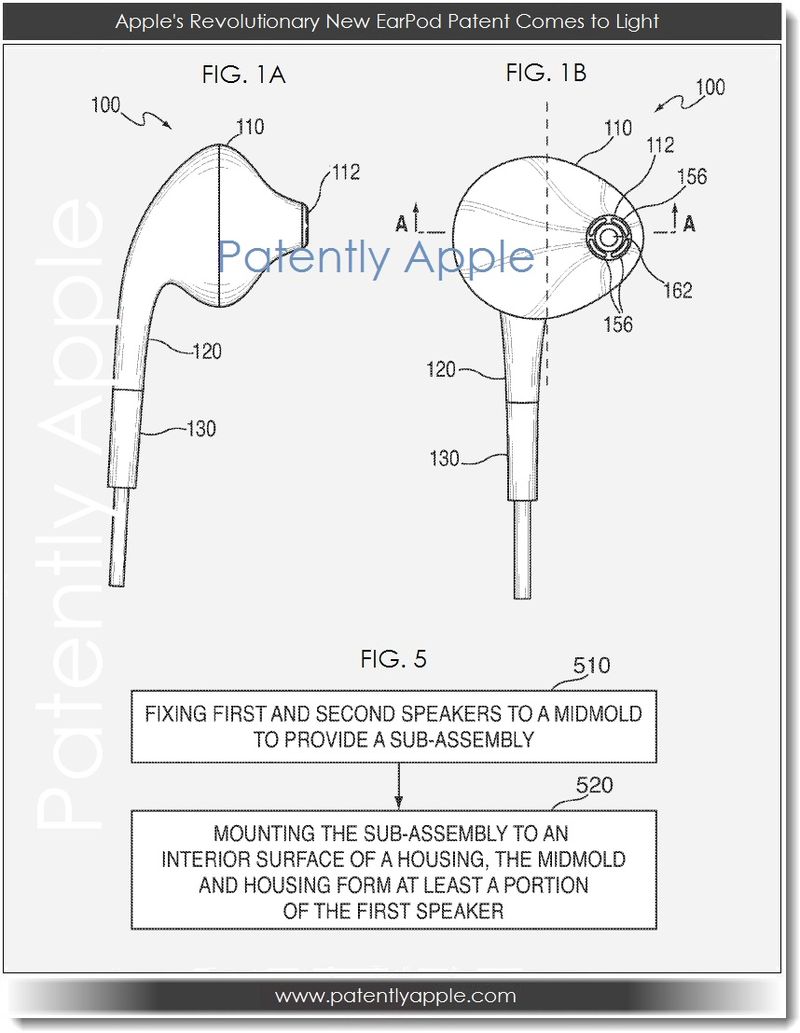 Cross-Sectional View of an Apple EarPod 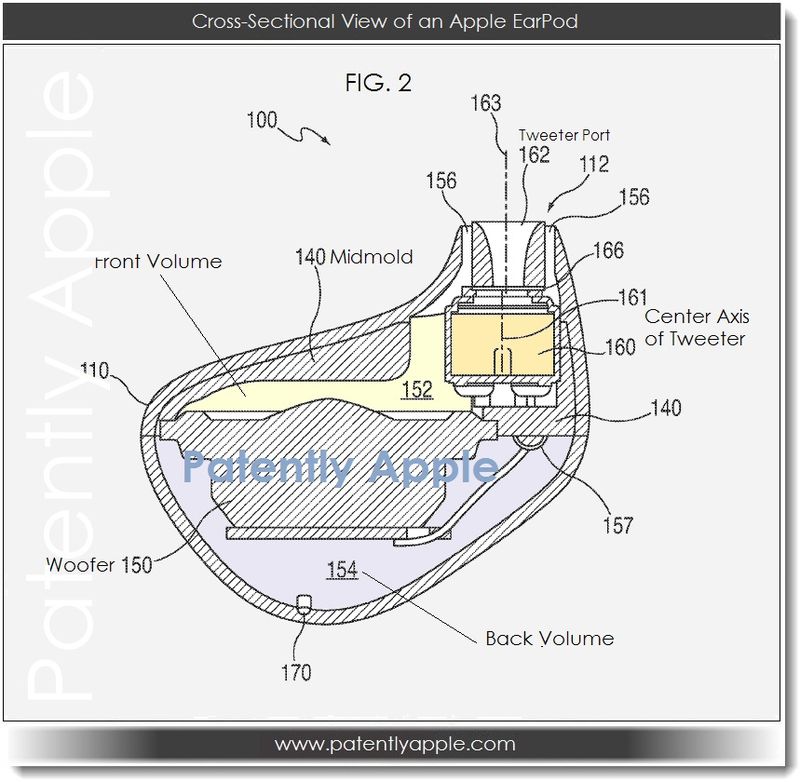 Apple's patent application which was filed under serial number 175588 credits Mechanical Engineer Jeffrey Hayashida who is now at Google, Design Engineer Jonathan Aase and Julian Hoeing who is part of Apple's elite design team as the inventors. Apple filed for this patent in Q3 2011.

In addition to the patent application presented in today's report, the US Patent and Trademark Office did publish a series of older continuation patents dating back to between 2007 and 2011. The continuation patents that we list below are specifically referenced as such under the section titled "Cross-Reference to Related Applications." Generally speaking, continuation patents represent tweaks made to patent claims in an effort to get the patents granted by the USPTO and don't represent any  noteworthy new development from the original patent filing. Here are today's
continuation patents should you wish to review them:

Here's a classic case where two Mac sites are reporting Apple's continuous patent 20130006790 titled "System and Method for Planning layout of a Retail Store" as being a new patent filing when it's really a continuation of two patents filed in May. This is what today's continuous patent states: "This application is a continuation-in-part of U.S. patent application Ser. No.13/476,756 filed on May 21, 2012, which in turn claims priority to U.S. Provisional Application No. 61/488,696 filed on May 20, 2011, the entire disclosures of which are incorporated by reference herein for all purposes." So there isn't anything new here. In November we filed an original report covering the Apple store which covers much of what is covered in today's continuation patent.