Apple Thinks Outside the Box with Cash Dispensing Network

On January 31, 2013, the US Patent & Trademark Office published a patent application from Apple that reveals that out of the box thinking is still alive and well at Apple. In a way, Apple's latest invention could be considered one of many apps associated with a future master iWallet App. Under today's Passbook App we see a series of services within it such as handling gift cards, coupons, passes and tickets. Apple's iWallet App will likewise carry a number of sub categories for credit, debit and a new one related to a proposed ad-hoc cash dispensing network using iTunes and Maps. Apple states that there are times when you just need cash and with no ATM's in sight their new network will be able to bring a cash requester together with a cash provider using a new App that make the processes somewhat painless. If you love nightlife, this could very well come in handy. But it's not for everyone, that's for sure.

Most businesses accept payment through credit, check, or other forms of non-direct cash payments. There are many benefits for consumers to use credit cards and checks in contrast to paying directly with cash. For example, credit cards offer rewards programs, fraud/theft protection, extended warranties on products purchased, etc. The proliferation of credit cards, checks, and other forms of non-direct cash payments has resulted in many people not carrying any cash or very small quantities of cash in their everyday lives.

However, there are often situations where cash payments are necessary. For example, some smaller businesses do not accept payment with credit cards because of the charges the proprietor of the business must pay to the credit card companies. Accordingly, there is a need for a cash-dispensing network that allows users to exchange cash as needed.

Apple's invention generally relates to a system and method for transferring cash between users of an ad-hoc cash-dispensing network.

In one embodiment, a user of a client terminal sends a request for cash to the cash-dispensing server. The request for cash identifies the location of the client terminal. Based on this identified location, the cash-dispensing server locates one or more other users that are close or are proximate to the requesting user and verifies that at least one of these proximate users is willing and able to provide the requested amount of cash.

Following the transfer of cash between the parties, the requesting user's account is charged for the service while the providing user's account is credited for the service. In one embodiment, in addition to the amount of cash, the requesting user is charged a service fee for the cash transfer. The service fee may be split between the providing user and the administrators of the ad-hoc cash-dispensing network. 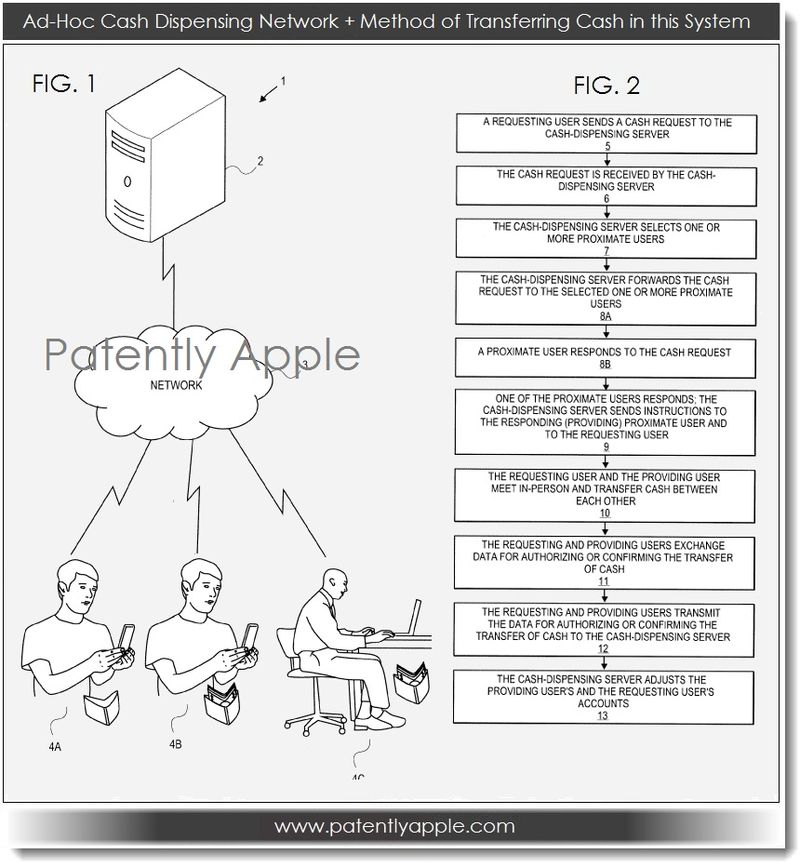 In Apple's patent FIG. 2 we see a flow chart showing a method of using the ad-hoc cash dispensing network. Apple's proposed system will use a new app as shown below. It will be able to bring the requester for cash and the provider of cash together in a few relatively easy steps as we've outlined below using Maps via GPS.

Apple states that login credentials used to login into the cash-dispensing server may be associated with a social network such as Facebook. However one must keep in mind that Apple's iWallet patent has shown us that financial transactions will take place on iTunes. So although Apple doesn't list this in their patent, it's likely to play a role in this ad-hoc cash dispensing network. 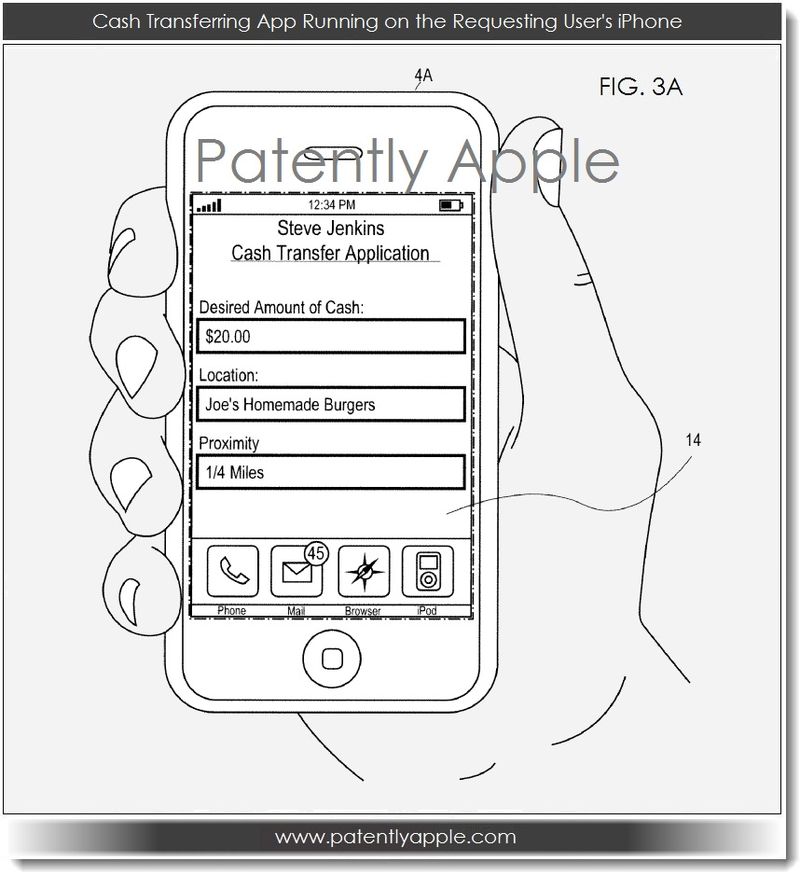 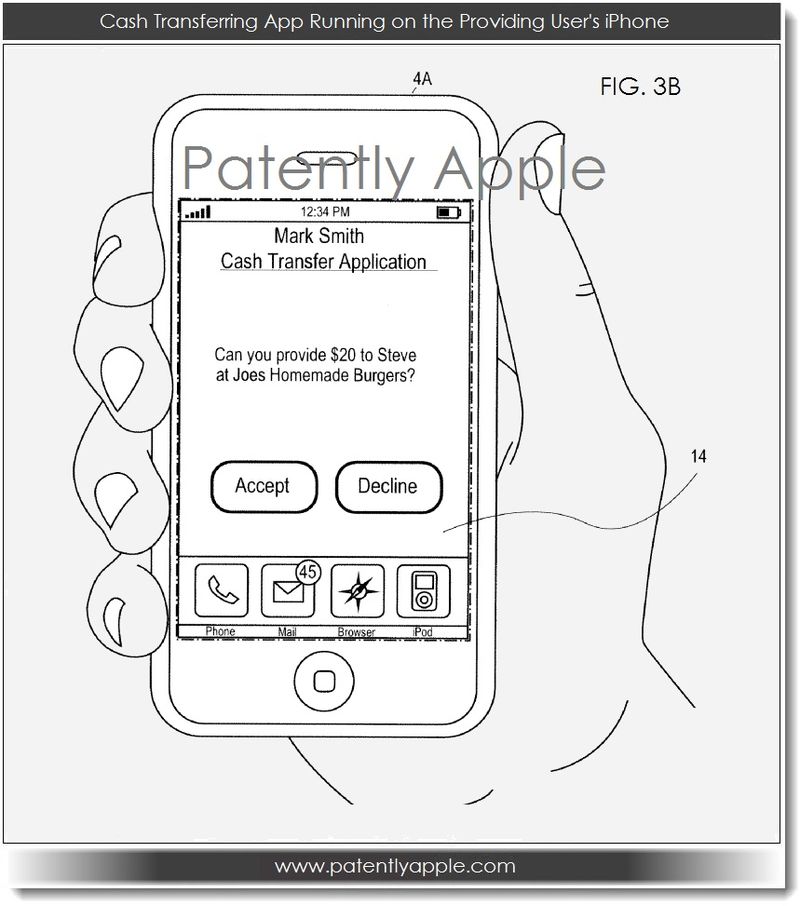 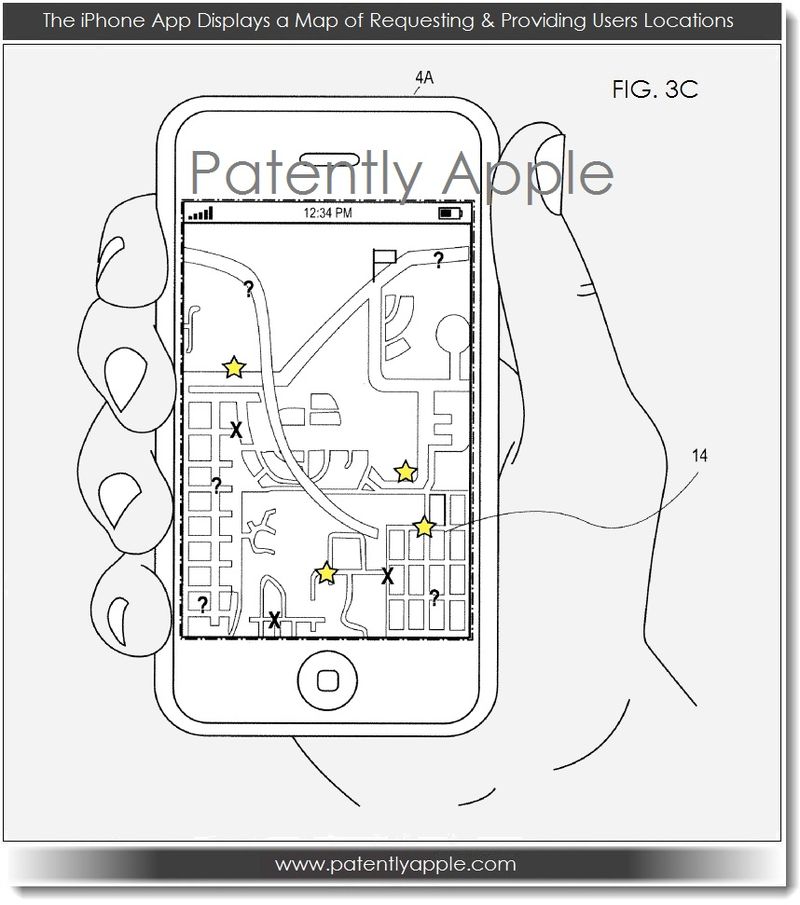 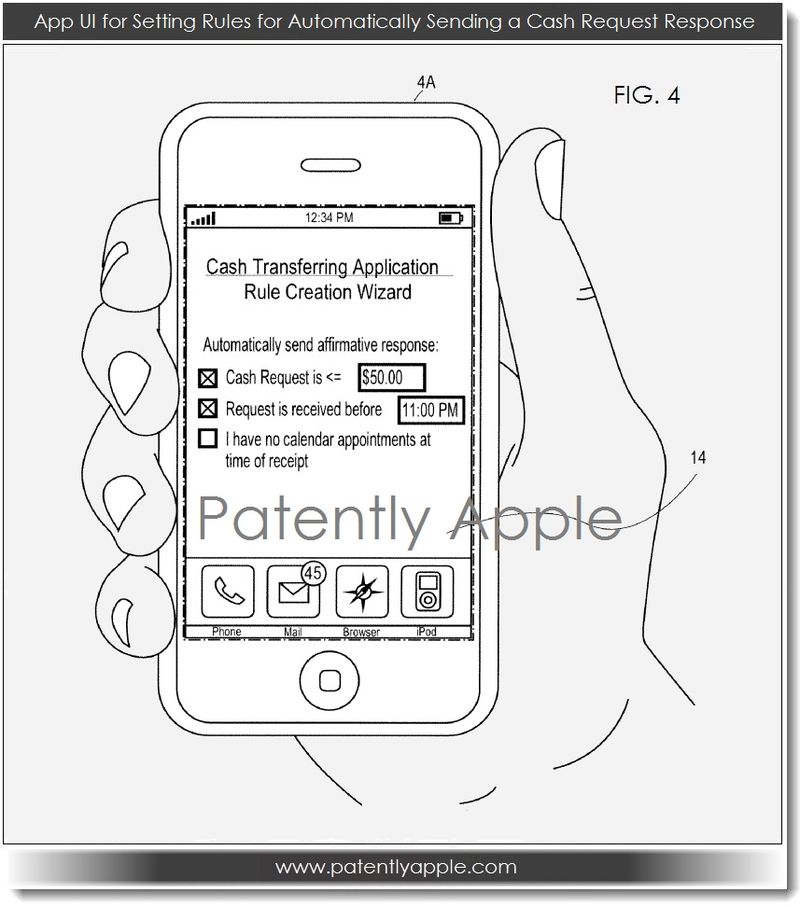 Apple's patent FIG. 5 shown below illustrates an ad-hoc cash-dispensing system that may perform the method of transferring cash shown in FIG. 2. The system elements presented may be parts of the cash-dispensing server and the client terminals as designated. 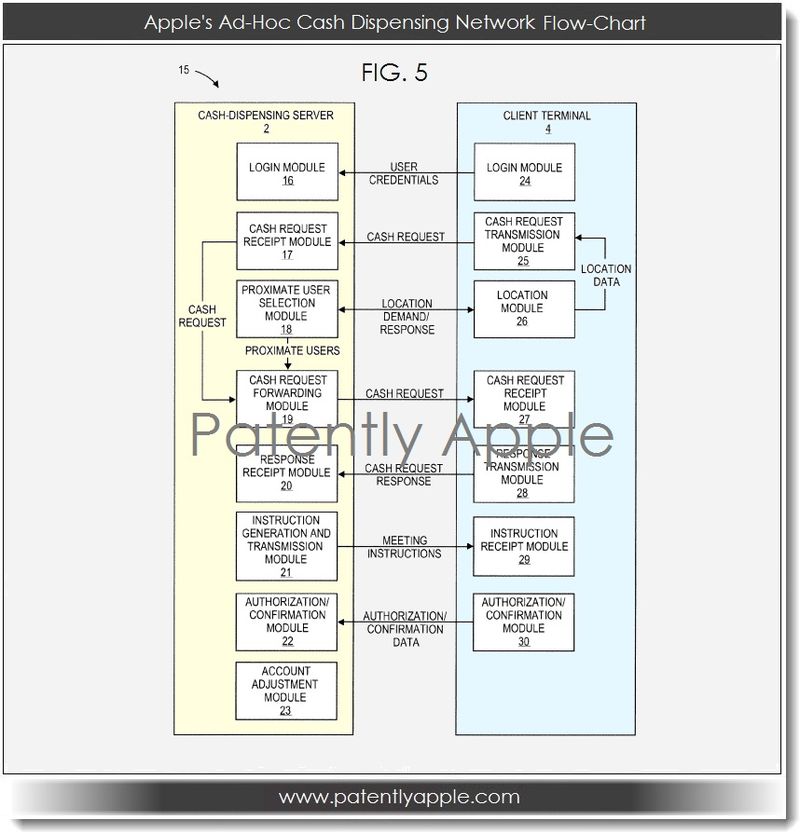 Apple credits three interesting individuals as the inventors of today's patent. The first is Nir Wakrat who is now a Senior Firmware Engineer at Apple. His background leads us to his position as Product Solutions Director over at Anobit Technologies before Apple purchased them. He also worked for M-Systems, the company that patented the first Flash Drive. The second is Tony Fai who is an Engineering Manager at Apple with his background working with Apple's Solid State Drive Product Development. And lastly there's Arjun Kapoor who is a NAND Flash Engineer at Apple Inc. The patent was filed in Q3 2011.

All three of the engineers working on this project specialize in NAND Flash. While it's unknown why these three NAND Flash engineers chose to work on such a strange project, it's great to see that out-of-the-box thinking is still alive and well at Apple.