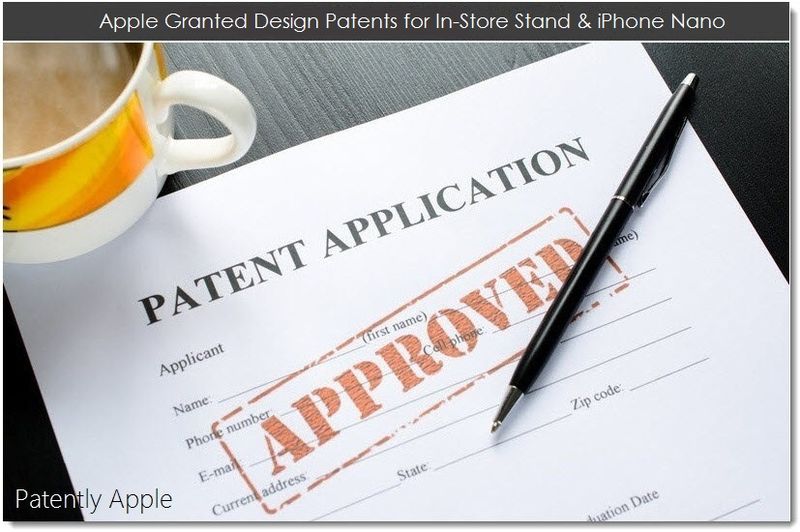 The US Patent and Trademark Office officially published a series of four newly granted design patents for Apple on New Year's Day. Two of the main designs focus on Apple's in-store table-top display stands that are found at any retail Apple Store. The stands are fixtures on Apple's classy wooden display tables and provide a base to display products such as the iPod and iPhone. The other noteworthy design patent win today covers the once labeled "iPhone nano." The design is one of the original eight mini device designs that were granted to Apple in 2010. Apple's original patent stated that the handheld portable computing device could be a combination media player, media storage device and cellular phone.

Apple's noted design wins today cover their in-store table-top product stands and the iPhone nano which lists the late Steve Jobs as one of the inventors. If Steve Jobs wanted his name on this patent, then you could be assured that it was a priority at Apple at one point in time. 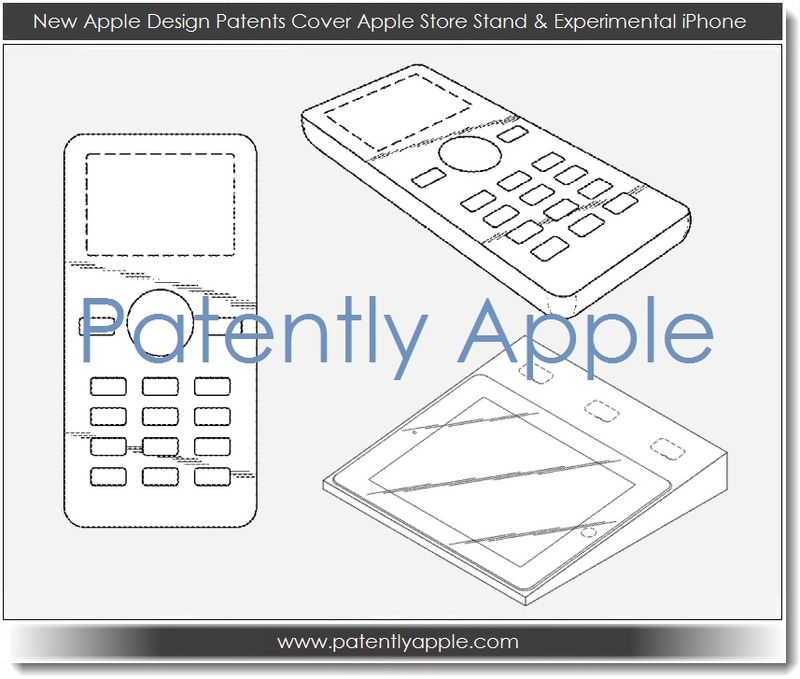