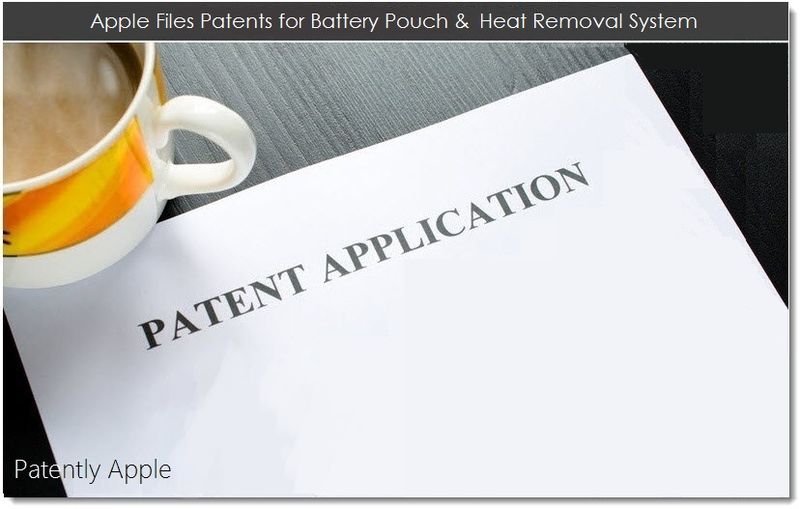 On January 03, 2013, the US Patent & Trademark Office published two component patent applications from Apple that generally relate to battery technology and a new heat removal system designed for small form factor portable devices through to MacBooks.

Apple has filed for a patent for an invention concerning a pouch type lithium polymer battery. Apple's Core Technology Manager, Loren Roy, who filed this battery patent provides us with some background. He states that in conventional pouch type batteries, the multi-layer laminate sheet has a core layer that is a metallic foil. The metallic foil is substantially moisture and oxygen impervious, to prevent undesirable reactions from moisture or oxygen interacting with an electrolyte inside the case. When the case is sealed, the metal foil is exposed around the edges of the case and thus needs to be insulated to prevent corrosion of the pouch material, which may occur if the metallic foil is grounded or electrically biased as a result of unintended contact with other metal parts in the portable device. 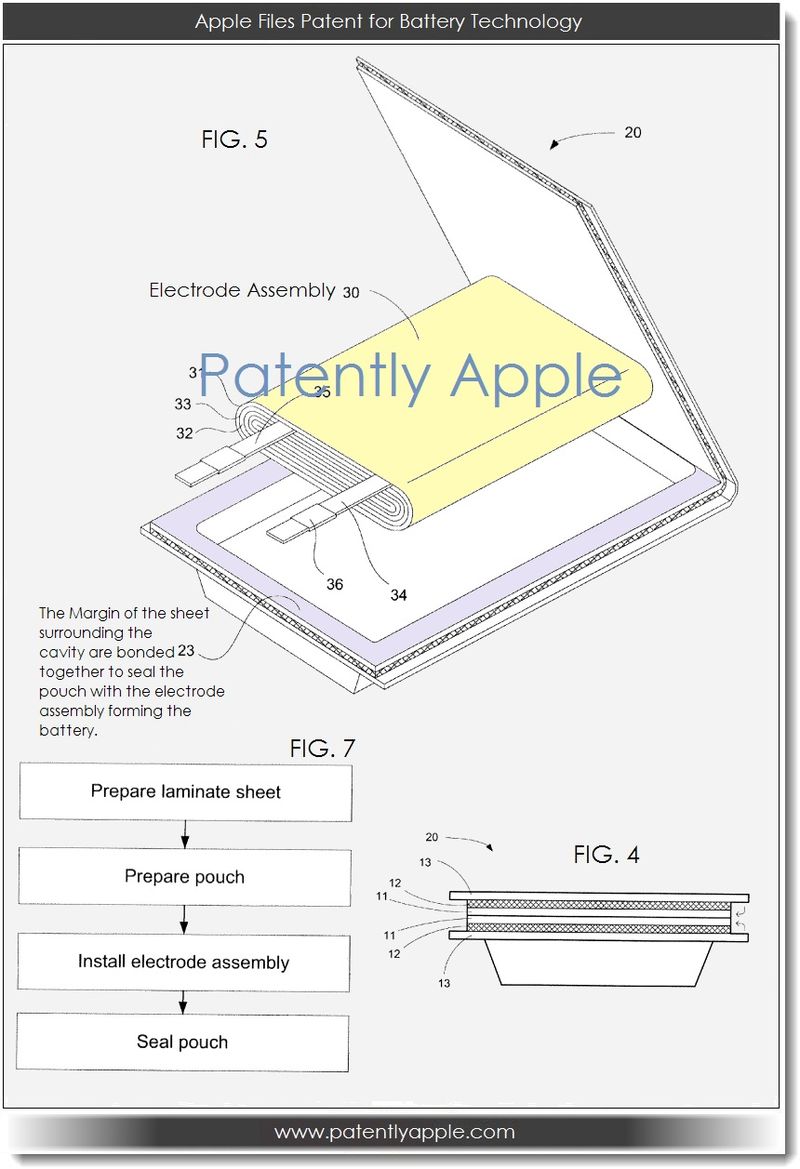 Apple's patent FIG. 4 noted above is an elevation view of a closed, but not yet sealed pouch; patent FIG. 5 is a perspective view depicting the placement of an electrode assembly within a pouch; patent FIG. 7 is a flow chart of the operations performed to manufacture a battery pack.

Apple has been granted a patent titled "Consolidated Thermal Module," which relates to a small form factor heat removal system.

In their patent background Apple states that computer cooling keeps components within safe operating limits by removing waste heat. In some cases the Central Processing Unit (CPU) alone needs over 100 W of power, which must then be dissipated. Most computers remove the waste heat by using at least one of the following thermal modules: heat sinks, fans, water cooling, heat pipes, or phase change cooling. Conventional desktop computer designs have a relatively enough space for a large heat sink, and fan for regulating the operating temperature of an Integrated Circuit (IC). 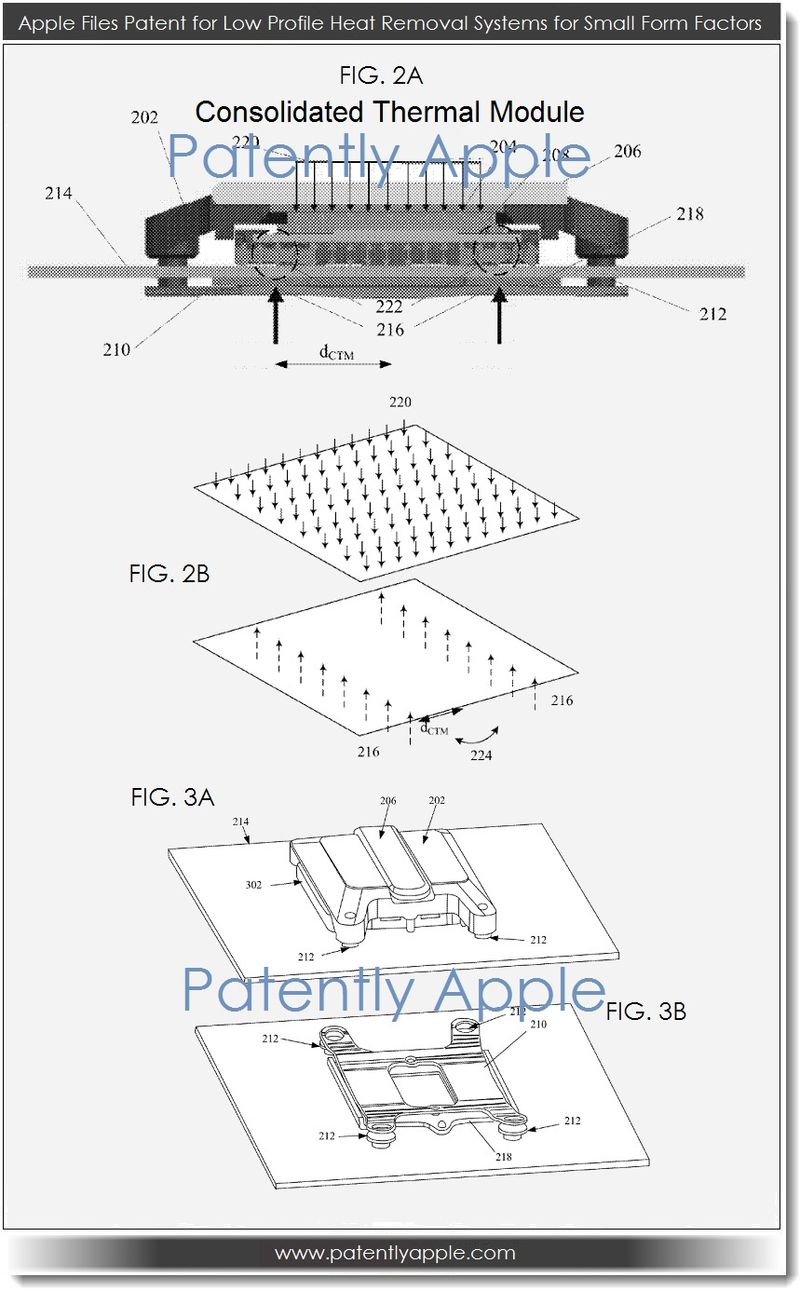 Apple's patent relates to an apparatus for reducing the size, weight, footprint, and cost of a thermal module.

Apple credits Senior Product Design Engineer Brett Degner and Greg Tice as the inventors of this patent which was originally filed in Q3 2011 and published today by the US Patent Office. For more details on this invention, see Apple's patent application 20130003292.