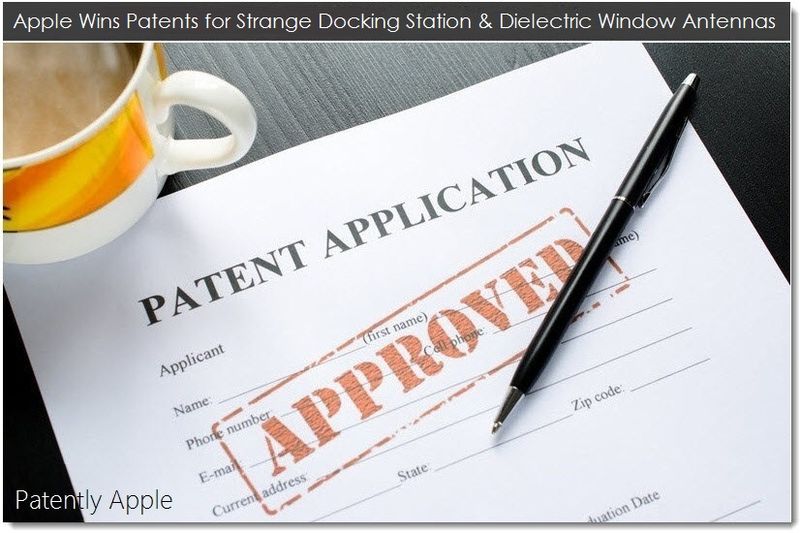 The US Patent and Trademark Office officially published a series of thirty-four newly granted patents for Apple Inc. today. In our second and final granted patent report of the day we mainly focus on two granted patents. The first relates to a very strange docking station while the second relates to Apple's method of using dielectric antenna windows in products like the MacBook and iMac. To close out our report we provide you with a list of 23 other patents granted to Apple today and more

Just last week we posted a report about Apple's patent application for a next-generation wireless charging solution. At some point you realize that the classic docking station of old may not be with us much longer. After years of coming up with one invention after another for docking stations, Apple now appears to be on the right track.

Yet that aside, Apple was granted another docking station patent today for a strange concept that was somewhat on the same track as this other strange one that Apple applied for back in 2009. Obviously Steve Jobs was on the hunt for a breakthrough docking station that was never to be. Sometimes you win and sometimes you lose.

Apple's invention is about a docking station that includes a moveable connector. Apple's patent FIGS. 2A and 2B shown below illustrate a plastic or metal portable docking station for receiving a hand-held electronic device. According to Apple, the shape of the housing is able to define the ornamental appearance of the docking station and include rectilinear and/or curvilinear shapes. 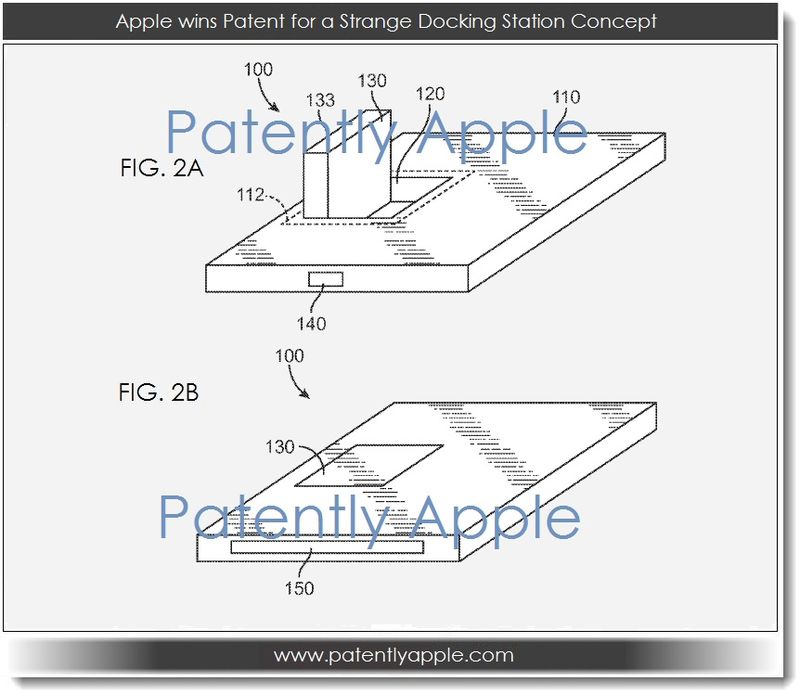 If this relic interests you, then check out granted patent 8,323,040. Apple credits Chris Prest who is the Manager of Product Design.

Apple has been granted a patent that relates to antennas for electronic devices with conductive housings. Apple uses this kind of Antenna in the iMac (at least previous iMac designs) and the patent illustrates that Apple has used this kind of antenna in their MacBook and could design future devices using this technology. If you're interested in knowing more about this, we covered this patent in detail two years ago. 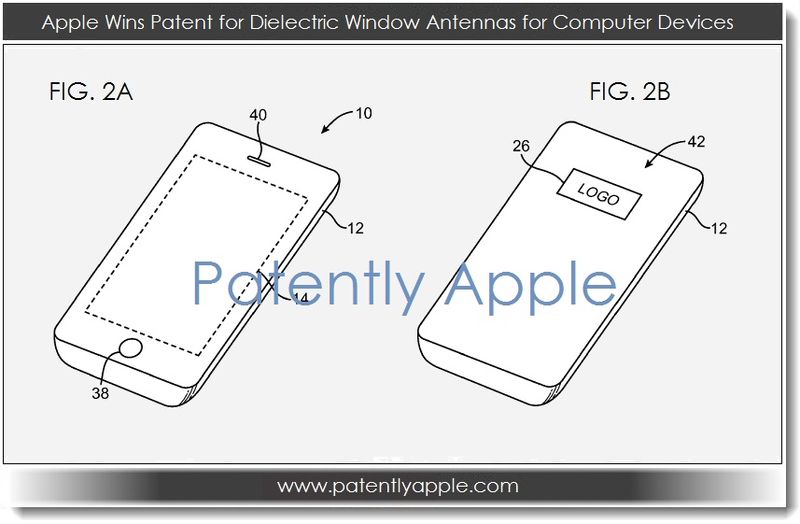 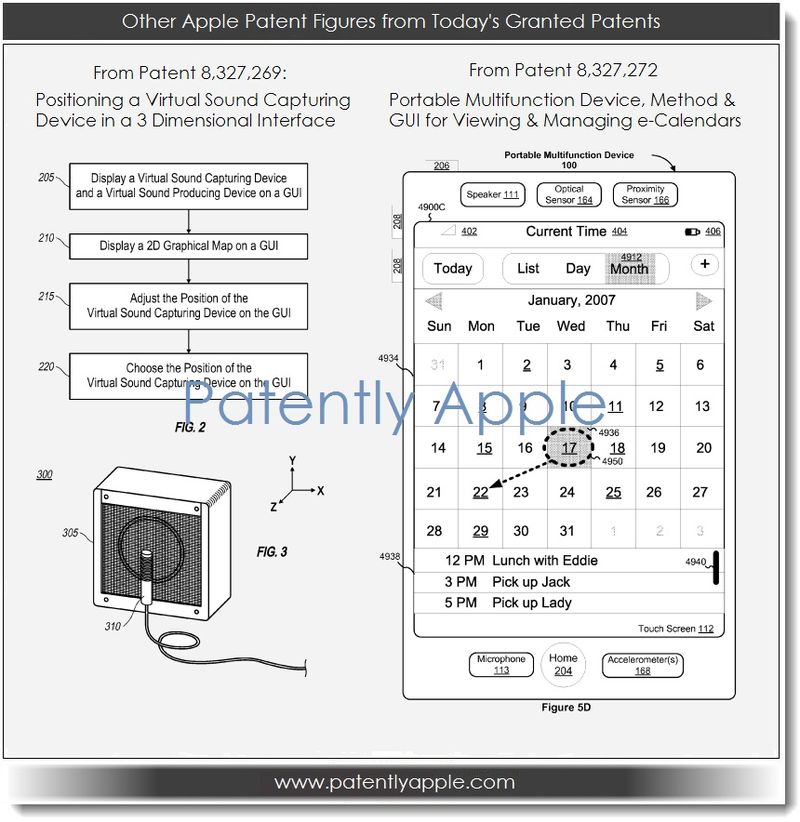 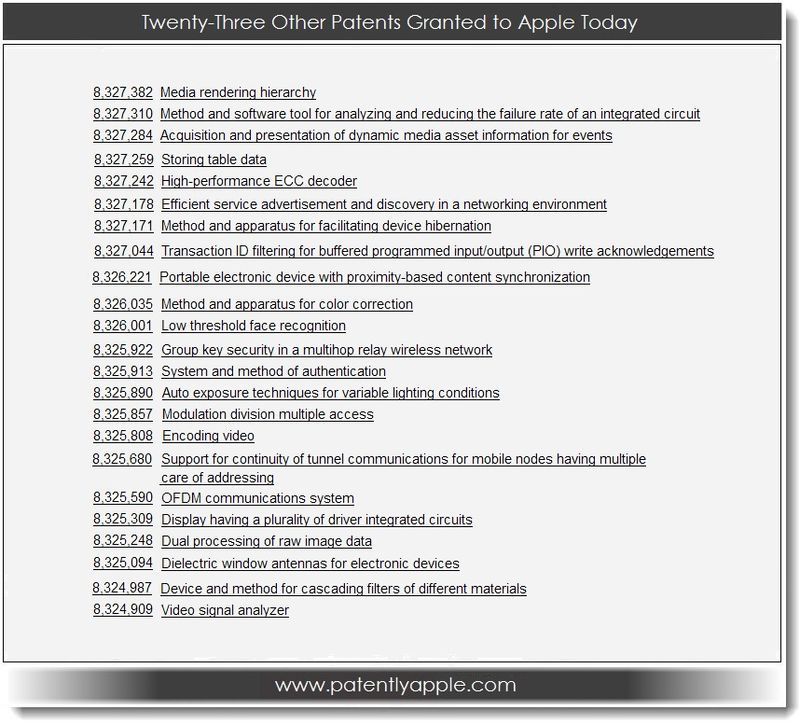 This would probably be for mounting your iPhone into a MacBook or Apple TV...