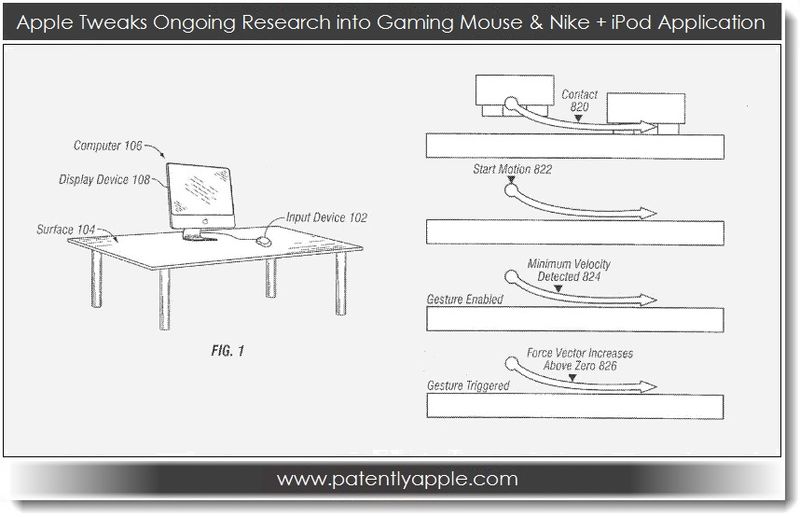 About two years ago we published a report titled "Apple Could Advance Gaming & Paint in Magic Mouse Upgrade." Today, a supporting patent has surfaced that relates to methods for how the magic mouse could process combinations of kinematical inputs such as force and velocity. According to Apple, the invention may have applicability to any electronic system or application capable of receiving input. For example, embodiments of the invention may be useful with video games, file browsing, interactive navigation, communication systems, control systems, military systems, medical devices, and industrial applications. See our 2010 report for more patent illustrations. A second patent application that surfaced this morning titled "Integrated media jukebox and physiologic data handling application" demonstrates that Apple is still tweaking their Nike + iPod system which was granted yet another patent earlier this week.