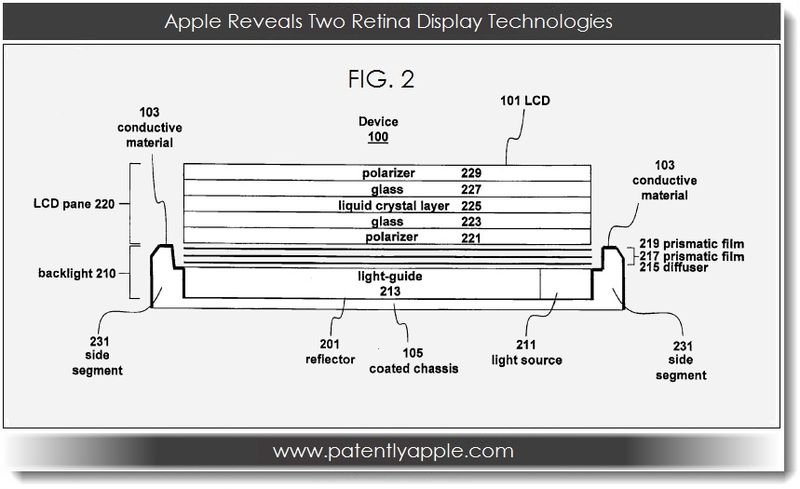 On December 27, 2012, the US Patent & Trademark Office published two display related patent applications from Apple. The first patent generally relates to liquid crystal displays (LCDs), and, more specifically, to a coated chassis for an LCD. According to Apple, the chassis could be made from a non-conductive material and be operable to support displays found on the iPhone, iPad, MacBook and even the touchpad on MacBooks. The coating could advantageously prevent or reduce noise in the device's antenna usually caused by the LCD. Because the conductive material adds little or no bulk to the device, it's able to maintain a compact size. The second patent relates to LCDs that include a panel having an array of metal oxide TFTs, which may be configured to reduce visual artifacts by providing reduced RC loading and parasitic capacitance, thus improving overall image quality. In one embodiment, the display may be a high-resolution LCD display having more pixels per inch, such as a Retina Display.