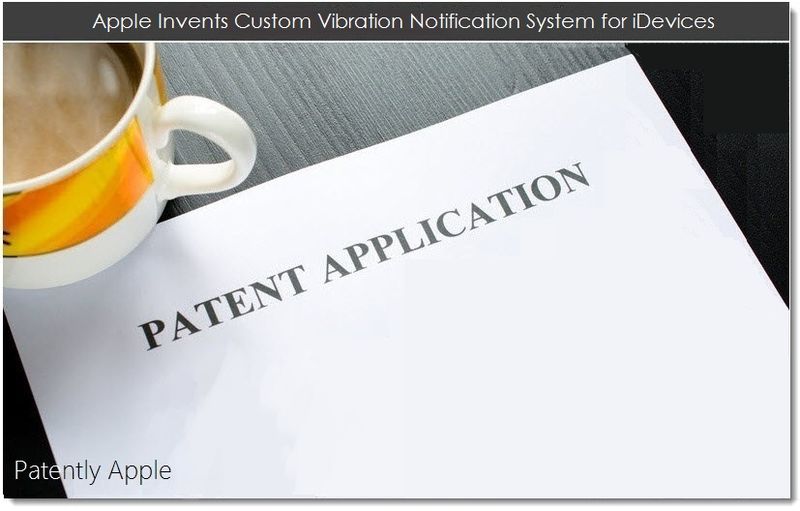 Today a user is able to assign a custom ringtone to a list of various contacts found in their address book. In fact, custom ringtones can apply to SMS/MMS messages, email and calendar events to audibly inform the user of an underlying notification or alert. Today, a new patent application from Apple published by the US Patent Office reveals that Apple is working on advancing the notification system so that users will be able to assign custom vibration patterns to various notification events such as incoming calls, emails and so forth by using a new user interface associated with custom haptics. Uniquely, users will also be able to purchase custom vibration patterns from developers and/or web services at Apple's App Store. In the future, you're likely to see services like Twitter, Facebook and your favorite news sites delivering unique iDevice vibration patterns to alert you of new updates and/or breaking news reports. In-part, the new feature was made available with iOS 6. 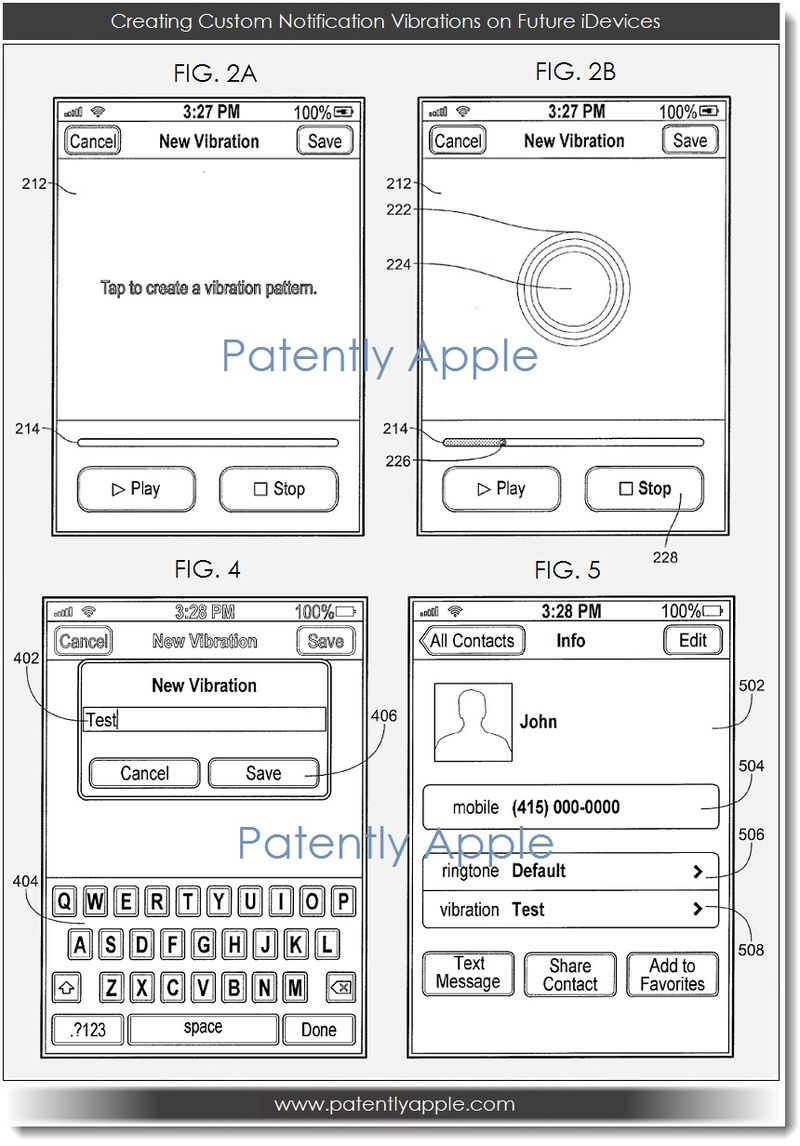 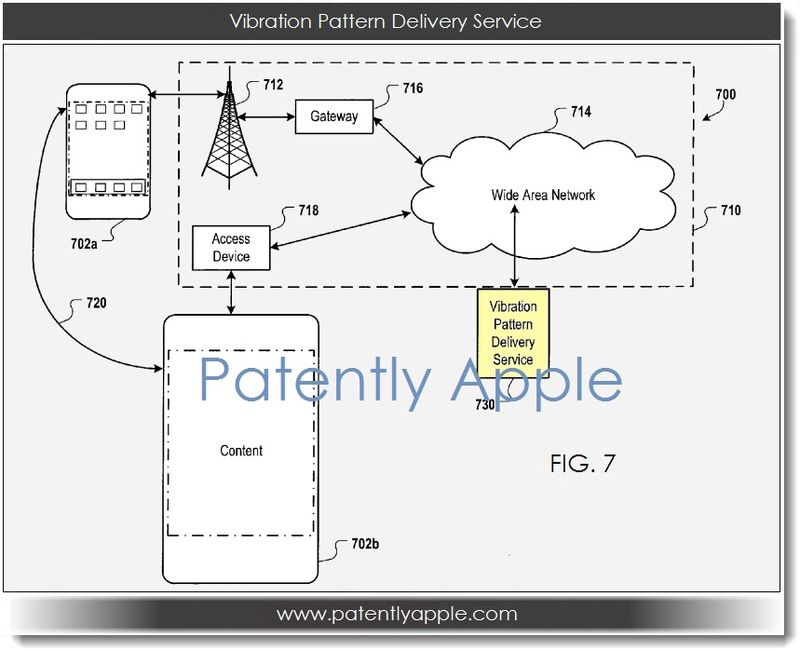 Other kinds of services will be able to take advantage of Apple's new vibration service, such as Really Simple Syndication (RSS) feeds, web sites, blogs, social networking sites and more.

Apple Introduced the Basics of this System in iOS 6 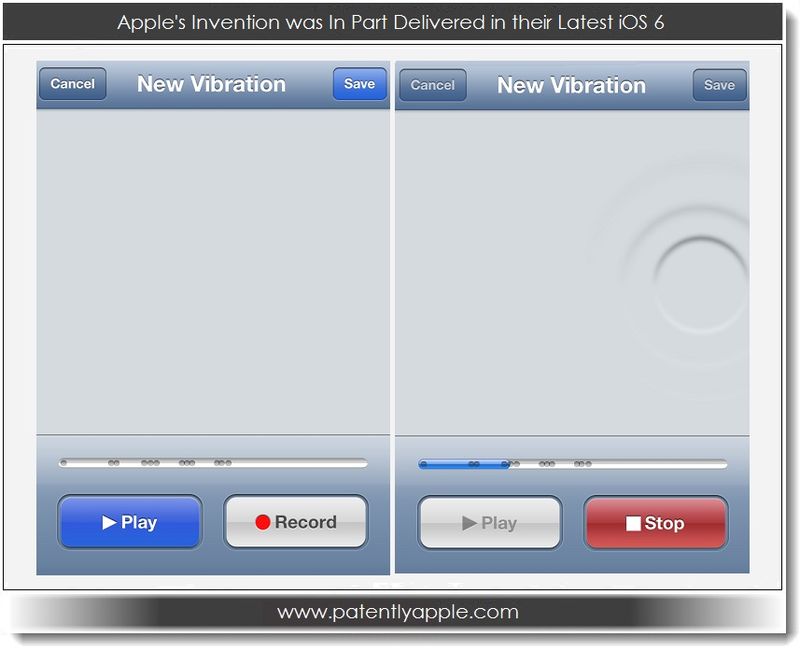 You can create a custom vibration today if you have an iPhone with iOS 6. Simply go to "Setting" and then to "Sounds." At that point, click on any of the options such as "New Mail" and once on the new screen you'll see "Vibration" at the top. Click on that to reach the user interfaces noted above to set a new custom vibration.

As you could see in the screenshot, the number of taps were recorded in dots on the white record bar above Play. Each dot represents the number of times that I tapped the screen to create my custom vibratioin. The second screen is the playback of the custom vibration that I just created. On this screen you could see the vibration effect ripples as noted in the patent.

What I've yet to see are the customized vibrations being available at the App Store. If you've seen them, send me an email.

Apple's credits Christopher Fleizach, Eric Seymour and Joel Lopes Da Silva as the inventors of this patent application which was filed under serial number 153331 in Q2 2011. Chalk it up as another patent fulfilled.