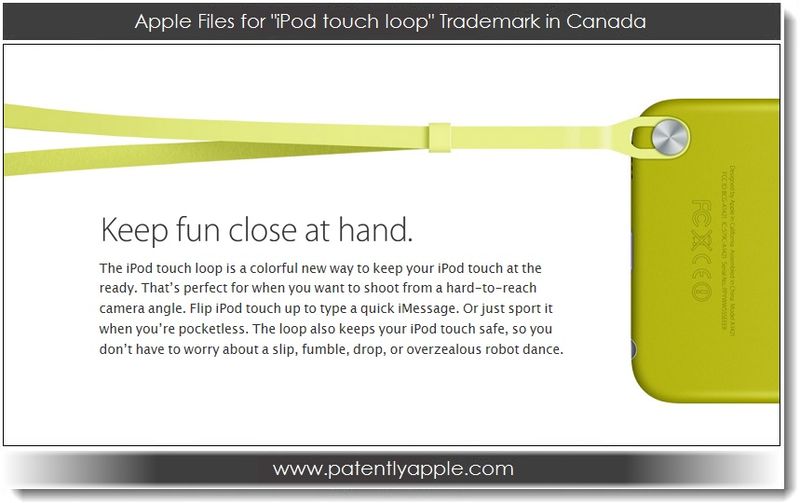 The Canadian IP Office database shows that Apple filed for the "iPod touch loop" trademark earlier this month. Apple originally filed for the trademark on September 12, 2012 in Jamaica which acts as their priority claim. That was the very day that Apple's Special iPhone 5 Event was held and where they first introduced the iPod touch loop. Every new iPod touch comes with a color-matched iPod touch loop which is a clever and convenient wrist strap that you could use while taking photos, recording video and playing games. 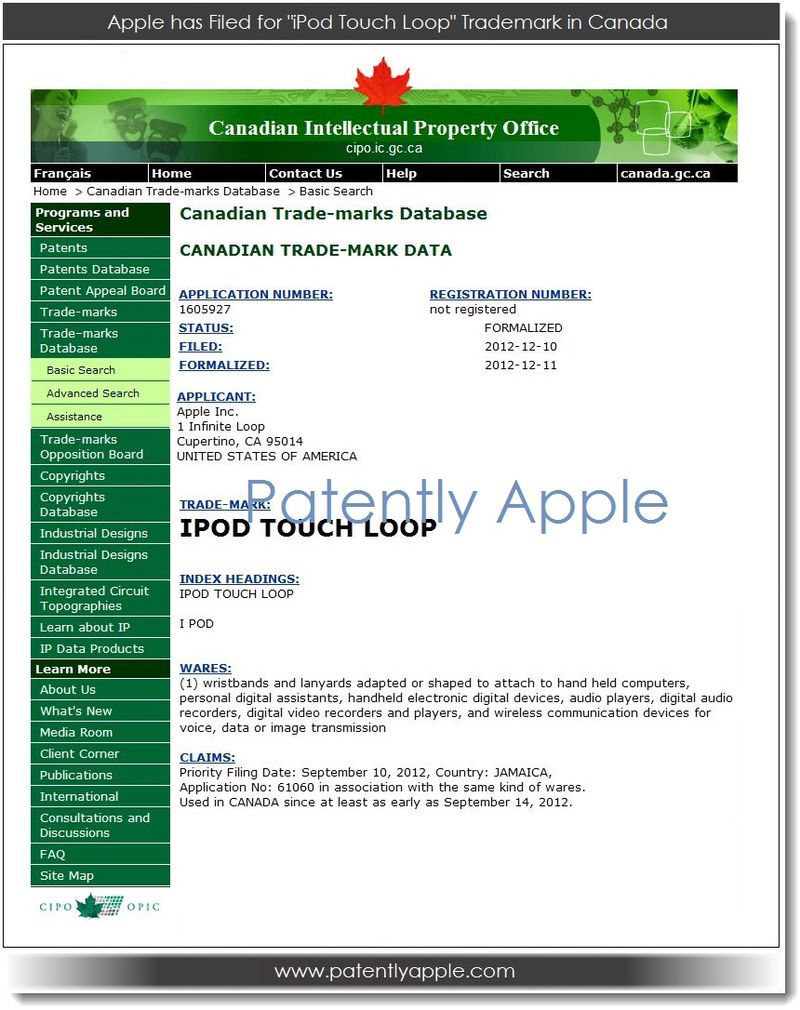