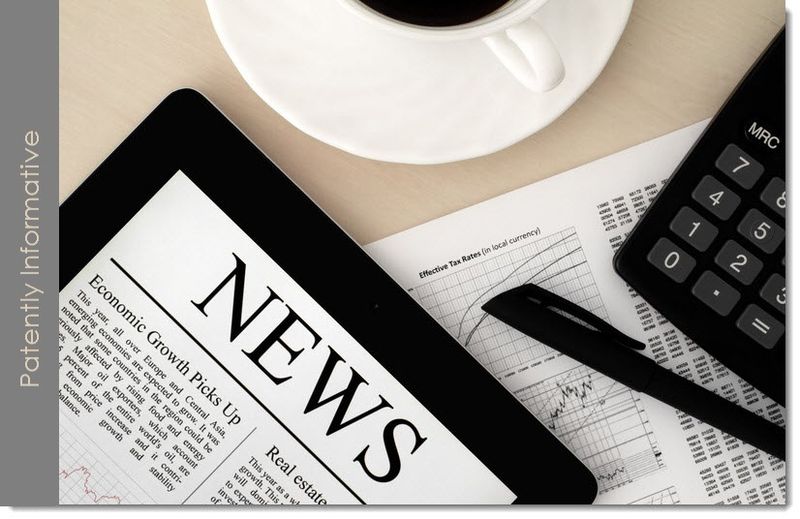 Late on Friday, the England and Wales Court of Appeal officially released their full decision regarding Apple's original public statement concerning Samsung not copying their products. A specific segment of this decision carefully analyzes Apple's original misleading statements. The analysis was an eye opener to be sure and we present their surprising revelations verbatim so that there are no talking-head interpretations.

A Brief Overview by the Court

A key portion of the UK Court's decision reads as follows:

"The Decision on 18th October 2012 this court dismissed Apple's appeal from HHJ Birss's decision that none of the Samsung tablet computers infringed Apple's community registered design No. 000181607-001, [2012] EWCA Civ 1339. For Reasons we gave (essentially because Apple had created much uncertainty in the marketplace) we thought it necessary to make publicity order requiring Apple to disperse the fog of confusion it had created."

"Samsung says that Apple has failed to comply with the publicity order we made and that accordingly we ought to make a further, clearer and more specific order. We heard the parties on 1st November and decided that such an order was indeed necessary. The order was made at the end of the hearing. These are my reasons for it.

Mr. Michael Beloff QC for Apple submitted that Apple could not be held responsible for inaccurate reporting by journalists. But it can, if contributed to that inaccuracy by inaccurate statements and false innuendo in the Contested Notice as I consider it did.

For I accept all of Samsung's contentions. Firstly I do not consider it was open to Apple to add matter in the middle of the notice we ordered to be published. A notice with such matter is simply not the notice ordered.

Even if that were not so, it cannot be legitimate to break up the ordered notice with false material. And the matter added was indeed false. Before introducing the quotes from HHJ Birss it begins:

In the ruling, the judge made several important points comparing the designs of the Apple and Samsung products.

But the judge was not comparing "The Apple and Samsung products." There is not and has never been any Apple product in accordance with the registered design. Apple's statement would clearly be taken by ordinary readers and journalists to be a reference to a real Apple product, the iPad. By this statement Apple was fostering the false notion that the case was about the iPad – And that the Samsung product was "not as cool" as the iPad.

The Breakdown of Apple's Original Statement

The court's decision continues as follows: "Here's what Apple added that was false and misleading. I turn to analyze it. The first sentence reads:"

However, in a case tried in Germany regarding the same patent, the court found that Samsung engaged in unfair competition by copying the iPad design.

"That is false in the following ways:

b) As regards the Community Registered Design, the German Courts held that neither the Galaxy 10.1 nor the 8.9 infringed it. As to the 7.7 there was for a short while a German provisional order holding that it infringed. Whether there was a jurisdiction to make that order is very doubtful for the reasons given in my earlier judgment but in any event the order had been (or should have been) discharged by the time the Contested Notice was published.

c) There is finding and injunction, limited to Germany alone, that the 10.1 and 8.9 infringe German unfair competition law. But the statement is likely to be read as of more general application.

A U.S. jury also found Samsung guilty of infringing on Apple's design and utility patents, awarding over one billion U. S. dollars in damages to Apple Inc.

This is misleading by omission. For the US jury specifically rejected Apple's claim that the US design patent corresponding to the Community Design in issue here was infringed. The average reader would think that the UK decision was at odds with that in the US. Far from that being so, it was in accordance with it.

So while the U.K. court did not find Samsung guilty of infringement, other courts have recognized that in the course of creating its Galaxy tablet, Samsung willfully copied Apple's far more popular iPad.

The reality is that wherever Apple has sued on this registered design or its counterpart, it has ultimately failed. It may or may not have other intellectual property rights which are infringed. Indeed the same may be true the other way around for in some countries Samsung are suing Apple. But none of that has got anything to do with the registered design asserted by Apple in Europe. Apple's additions to the ordered notice clearly muddied the water and the message obviously intended to be conveyed by it."

While Patently Apple had posted several news briefs about the order by the UK Court, we were unaware of these specific facts that were laid out by the judge in this case. The bare facts were quite stark in contrast to what was presented by the general press. For this reason alone Patently Apple decided that the information from the court document should come to light for now and for future reference.

You may agree or disagree with the judge's analysis concerning Apple's statement or advertisement, but there it is in black and white. Patently Apple added dark gray highlights and italics to the statements for the sake of clarity which did not appear in the original document. If you have an opinion on this, please send in your comments.

Talk about a blind bat who sees what he wants to see. There is not implying, "docsaq," it's called clarifying the main points of the Judges ruling and the Italics is to ensure the reader knows what the Judge actually said.

It's obvious that you're an Android extremist trying to shout fire when there isn't any.

With the italic and bold effects patently apple implying 'misinterpretations' of judgement. While you may agree or not the decision is right there, but as they say its only fair if it suits us, apple in this case. For a troll like apple, it serves you right! Go play with your rectangles with rounded edges.

While I understand that the judges were upset with the original notice, it seems that this has become personal for them with their statements about Apple's 'integrity'.

Reading UK papers which reflect widespread anti-Apple sentiment, one would wonder how the UK could remain a prime market for Apple. Perhaps we are seeing the more sensationalist views.

A remarkably short, clear and understandable finding. Mind you, I've not read many, so do not know what the standard is.

If I were Apple, I'd quit selling their products in the UK. The sales dip would hardly be noticed.