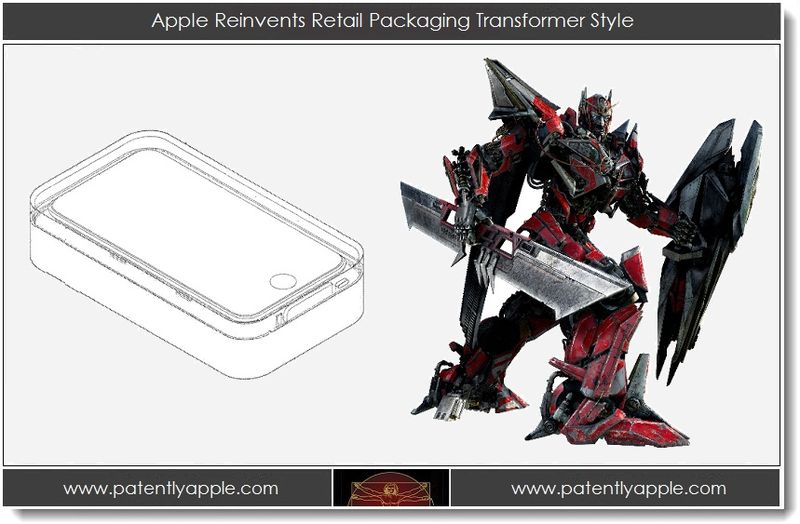 It appears that Apple is seriously thinking of taking their iDevice retail packaging to the next level, Transformer style. Apple's invention is all about providing for packaging with multiple uses and functions after opening. In one embodiment, the packaging includes a base and a removable lid. The base converts into being a docking station for the iDevice. I guess the Transformers idea came about after Ive was madly inventing a new robotic hand that could test out Single and Multi-Touch surfaces automatically so that he wouldn't have to do it all day himself (ha!). What will he think of next? Apple filing states that the Lid 102 is sized to accommodate an item such as an iPhone smart phone, or iPod Touch. In particular, the dimensions of packaging could alternatively be sized to accommodate portable entertainment devices such as an MP3 player or smart phone, computer tablets such as the iPad or any other suitable device one wishes to both package and display.

Jony Ive has a New Toy Both patent applications were filed in May 2011 and published today by the US Patent and Trademark Office.