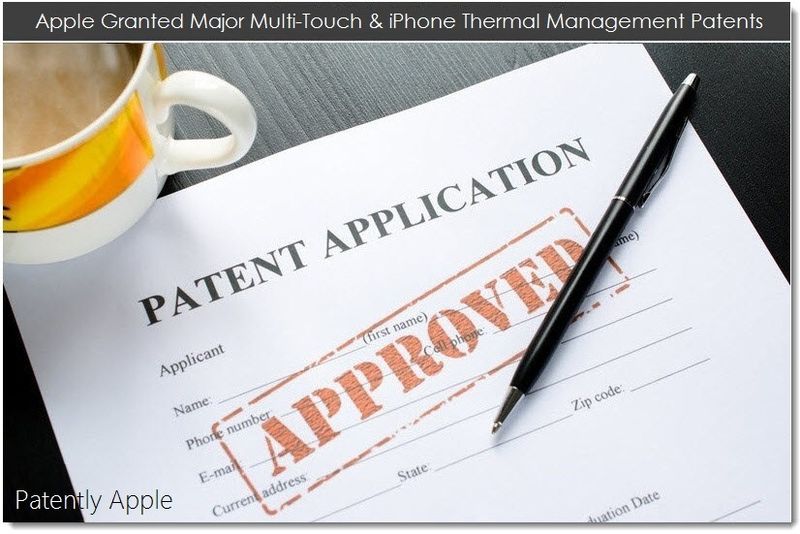 Today, the US Patent and Trademark Office officially published a series of nineteen newly granted patents for Apple Inc. Our report mainly focuses on Apple's granted patents covering multi-touch and the iPhone's thermal management. Today's other granted patents include the Magic Mouse, the controller in Apple's in-ear with remote and mic headset and others including two design patent wins.

When Steve Jobs introduced the iPhone in 2007, one of the main slides that he presented in his historic keynote emphasized the revolutionary UI that used Multi-Touch technology.

Today's granted patent is another victory for Apple's protection of Multi-Touch technology. It's a patent that could be considered a major foundational patent for the shear scope of what it covers. 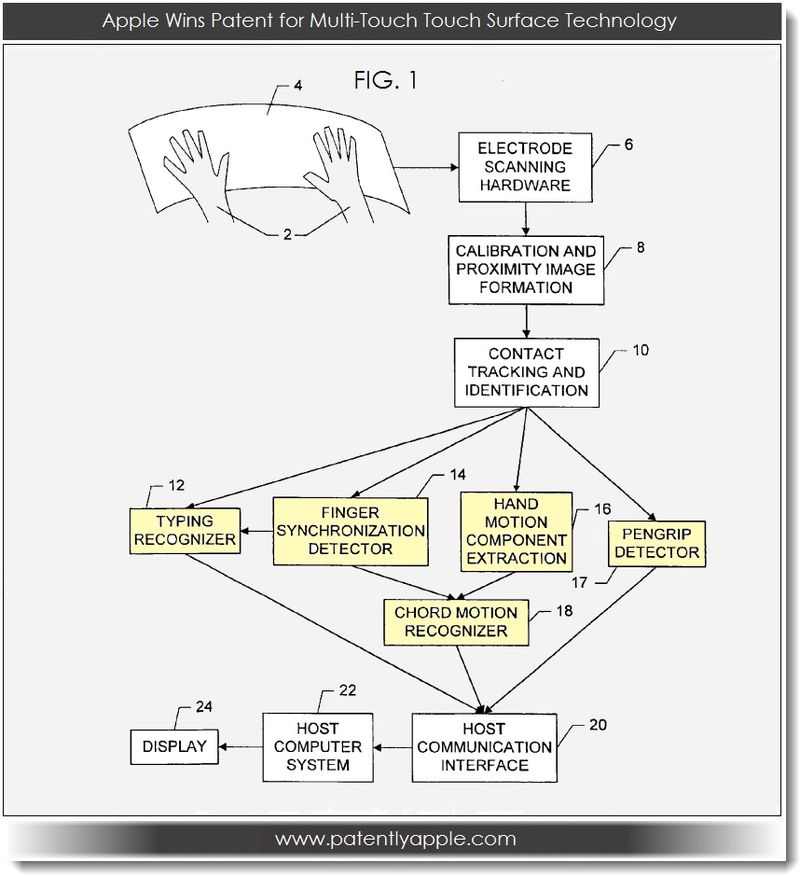 One of the key attributes of the patent is that it describes an ergonomic typing system that requires minimal key tapping force, easily distinguish finger taps from resting hands, and cushion the fingers from the jarring force of surface impact. An ergonomic typing system should also adapt to individual hand sizes tolerate variations in typing style, and support a range of healthy hand postures. Apple's patent also discusses a surface typing recognizer which could adapt a key layout to fit individual hand postures and which could sustain typing accuracy if the hands drift due to limited tactile feedback.

How Apple legal intends to use this major patent in the future is unknown at this time. The patent was filed in 2006, though related patents date back to 1999. 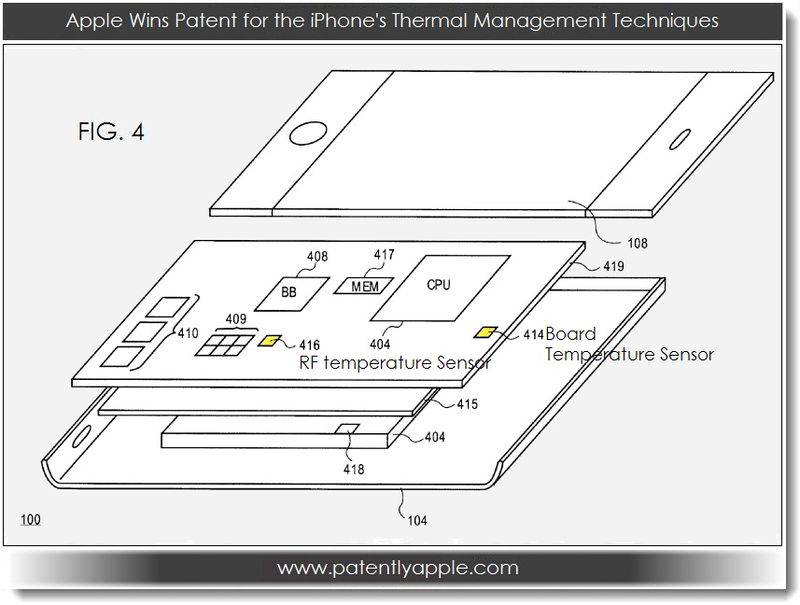 Apple has received a Granted Patent relating to their Apple In-Ear Headphones with Remote and Mic. The emphasis of the patent is on the controller as shown below. 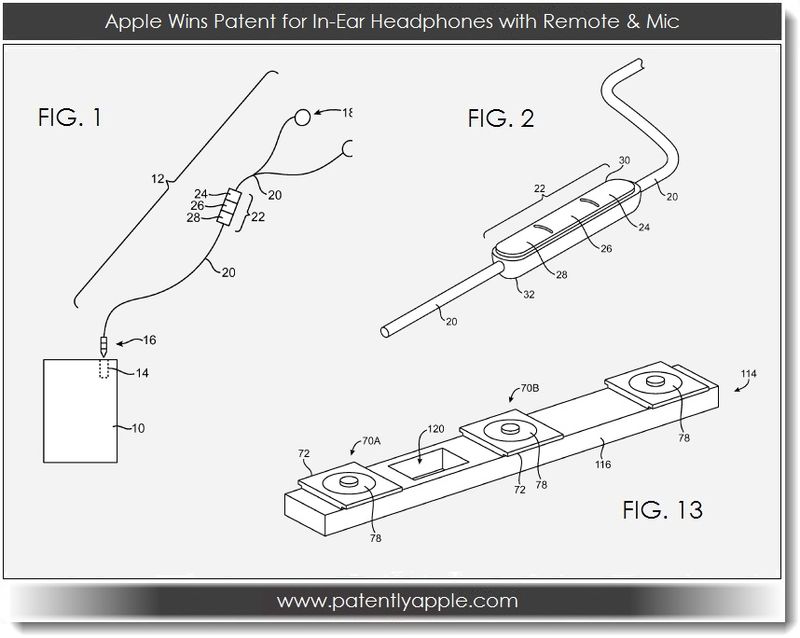 Apple has received a Granted Patent relating to their now defunct Mighty Mouse. The patent focuses on the optical-based scrolling feature of the mouse. 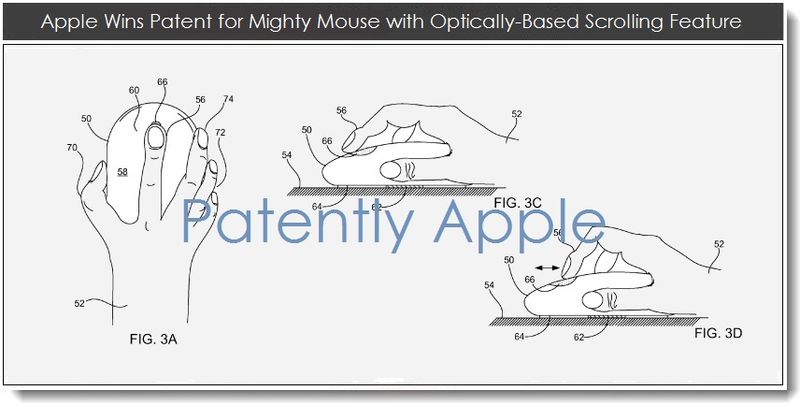 Apple has been granted two design patents today covering the iPad's "Display with Cover" and "Game Center" User Interface as shown below. 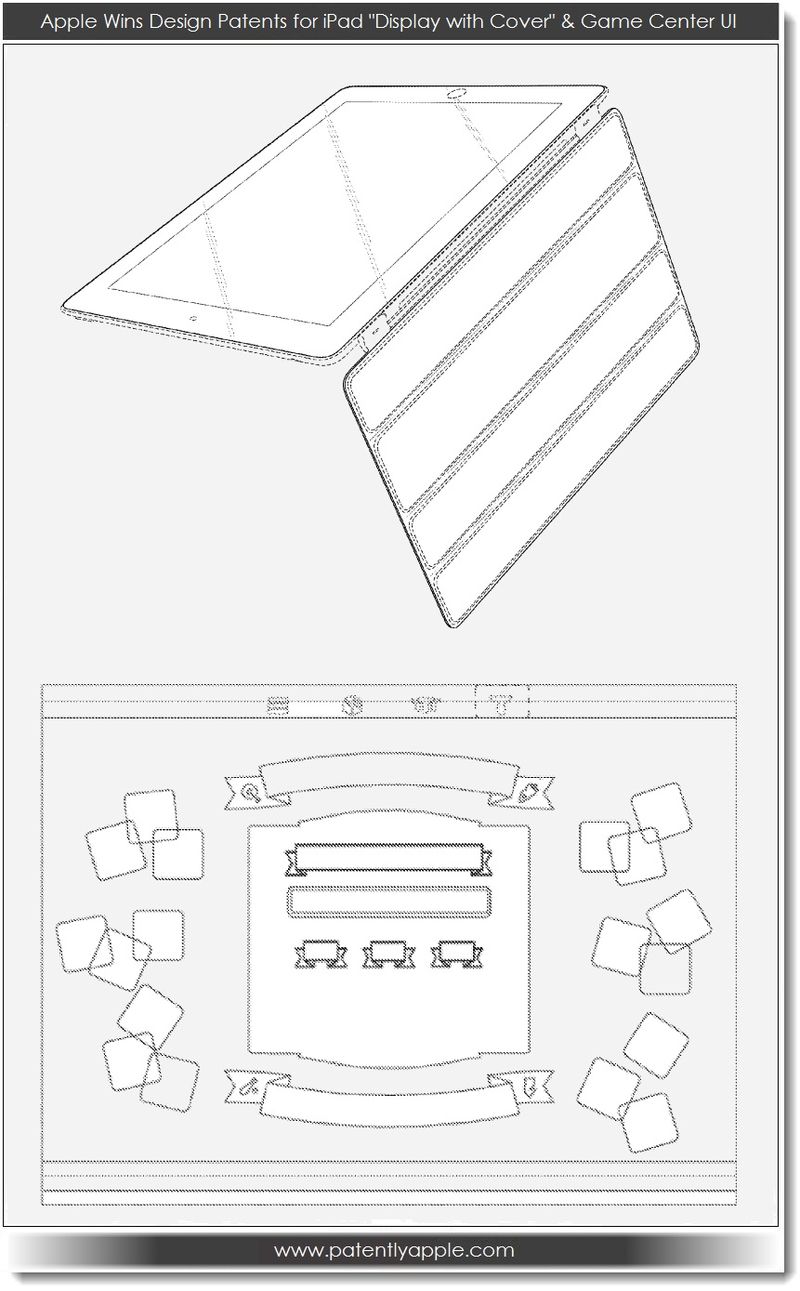 Reading this makes me say, cliched though it may be, "more power to the hands" - or in this case, fingers. Quite a lot of other interesting patents too.