A Peek at the Apple Store Philosophy on Video 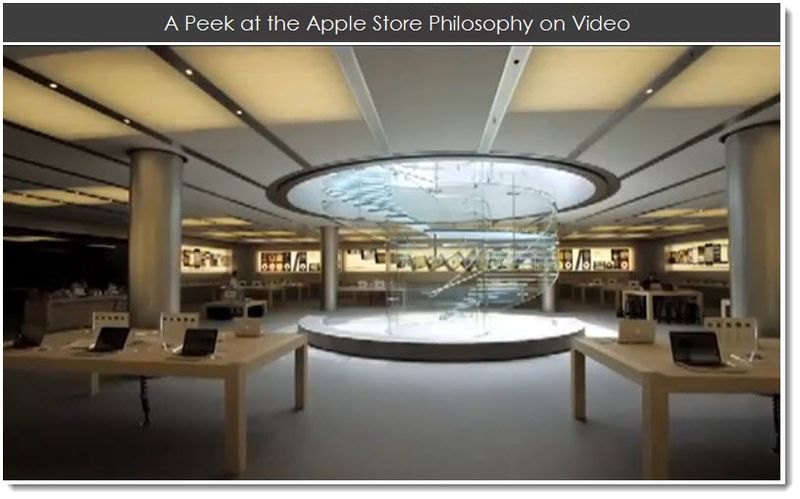 In Walter Isaacson's biography simply titled "Steve Jobs," Issacson penned, "Jobs hated to cede control of anything, especially when it might affect the customer experience. But he faced a problem. There was one part of the process he didn't control: The experience of buying an Apple product in a store." Even when Jobs initially presented his vision for Apple retail stores to the Company board, Issacson writes, "the board was not thrilled." Although they finally got on board with Steve's vision, it goes to prove that even Jobs had to fight internal head winds on getting some of his ideas approved. The video we present to you below can't be viewed without saying to yourself, this is the house that Steve built. This is one of his greatest contributions to the " Total Apple Experience." If you've ever been in an Apple Store, then you know it's one of the greatest retail experiences bar none.

The video was first discovered by Mac 9to5's Seth Weintraub.