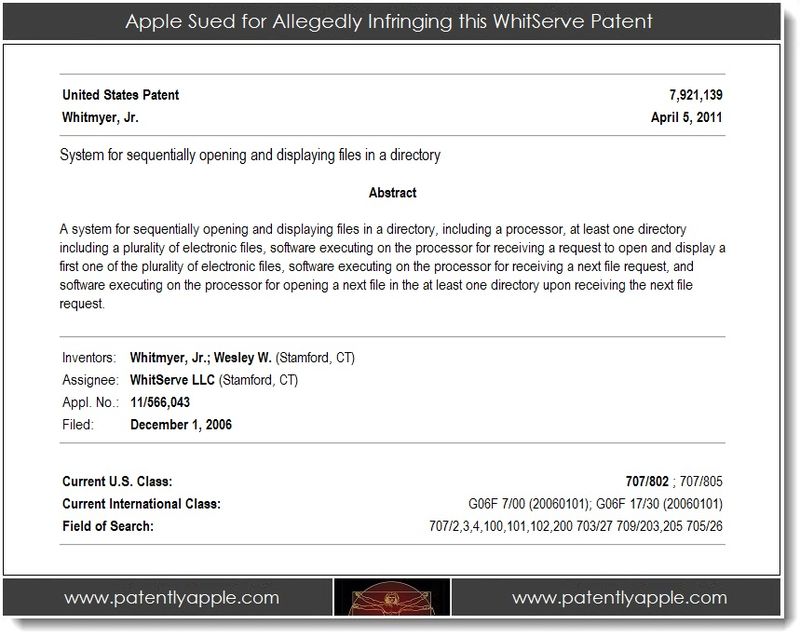 Shown in FIG. 4, WhitServe states that "the file selector module 420 may be provided in a separate window or box on the user interface." 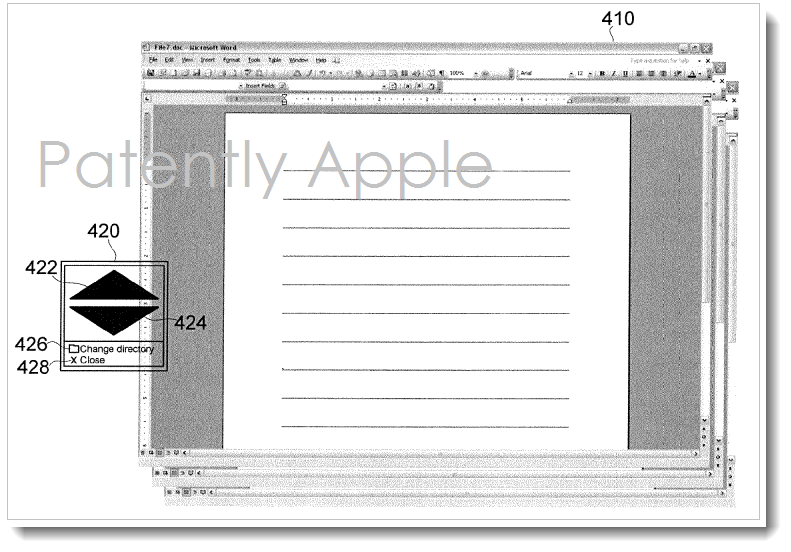 The case was filed in the United States Connecticut District Court. The presiding Judge in this case is noted as being Judge Alan Thompson.

No John, Apple's Quick Look isn't like Picture Viewer, as it's not limited to pictures. It allows the user to view documents, videos, applications and more in a Cover Flow-like effect. You can't do that in any Windows OS.

Sounds a lot like hitting the arrow key in the Picture Viewer of Windows XP. That sort of pre-dates the patent.