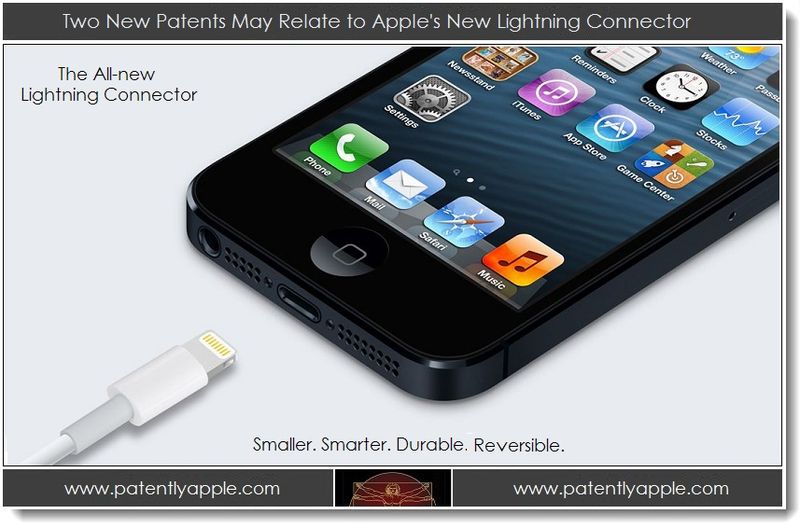 Although some may say that Apple should have introduced their new "Lightning" connector with the updated MacBook Pro lineup that debuted in June so as to ensure that the new standard was on all new 2012 hardware by Christmas, the fact remains that it debuted during yesterday's iPhone-5 special event. One of the key points that Apple listed in their new marketing graphic above is that the new Lightning cabling is durable. Two new patent applications published today by at the US Patent Office cover the topic of cable durability with one detailing cables using metal-doped fibers. According to Apple, "This allows for a much more flexible cable and increased cable flex life because the metal-doped fibers are not as sensitive to bending fatigue as their all metal counterparts." 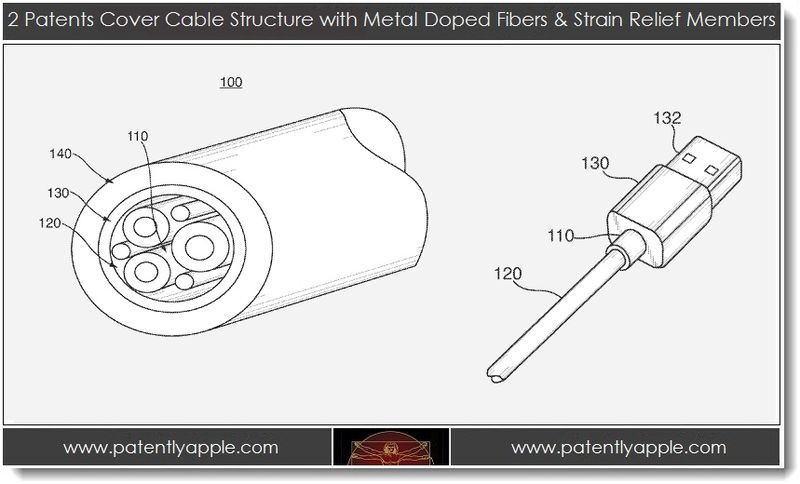 Although the patent graphic noted above illustrates one kind of cable connector, the fact is that Apple clarifies that the connector described using strain relief members could be any type. Apple specifically lists the following: RCA, DVI, HDMI, HDCP, VGA, display port, USB, Mini USB, Micro USB, a power connector, a magnetic connector, a 30-pin connector, or any other standard or proprietary interface) operable to couple a cable (e.g., cable 120) to an electronic device.

The described technologies are to provide cables with more flexibility and durability which Apple touts as one of the strengths of the new Lightning connector. 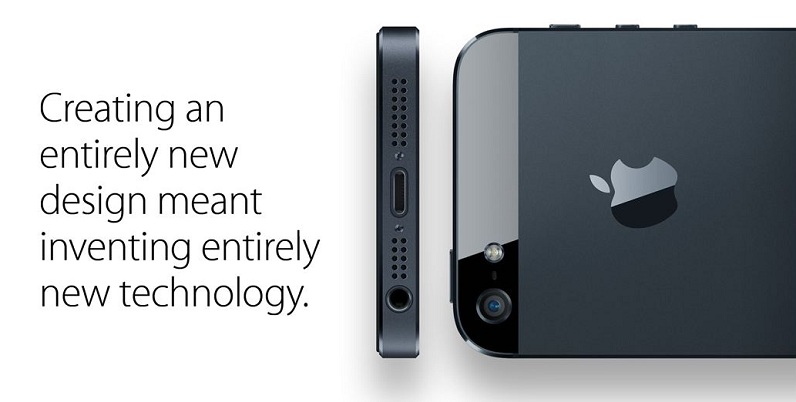 Apple tells us in their marketing material that the new iPhone 5 required inventing entirely new technology. One of the technologies that Apple lists is the nano-SIM. Apple states that "They created a nano-SIM card, which is 44 percent smaller than a micro-SIM." That nano-SIM is a patented technology as of March 2012.

This has to sting the fanatical Androiders, the tech industries Tea Partiers, who are always mouthing off about how Apple invented nothing.

Congratulations to the entire Apple team for an excellent keynote yesterday and a super-refined iPhone 5: Cheers!