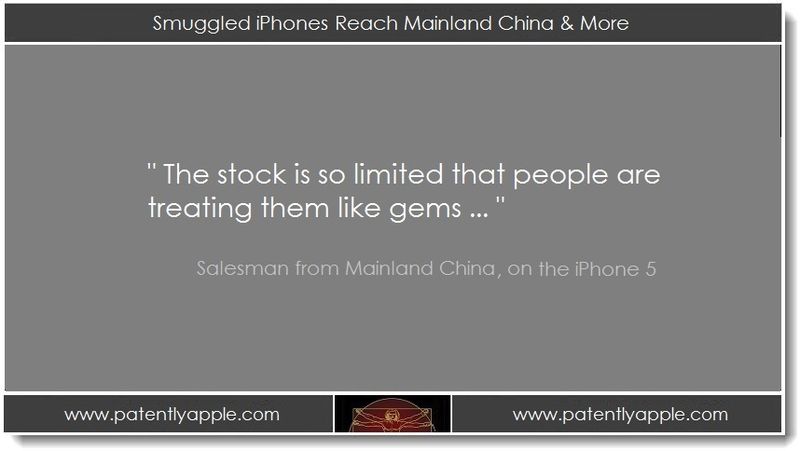 It took little more than five hours for the first Apple iPhone 5 to go on sale in the Chinese mainland after being smuggled across the border from Hong Kong, but supplies were short and prices high. That's the latest news from Taiwan this morning along with other tidbits about Hon Hai Precision's latest acquisition, a new camera technology coming to market in 2013 that's worth keeping an eye on and Apple files for the 'Mountain Lion' trademark.

Smuggling iPhones into Mainland China is a Huge Businesss

In a crowded building in the southern city of Shenzhen (which lies across Hong Kong's northern border), a salesman stood by as shoppers speaking various dialects scrambled to take photos of three shiny new iPhones on display in his glass cabinet.

"The stock is so limited that people are treating them like gems," said another salesman, surnamed Lin.

Vendors like Lin make a year-round living exploiting the lower prices of Apple products and other popular brands in Hong Kong, a free port whose downtown is just an hour from Shenzhen with no duty on many electronics imports.

At the iPhone 5's debut in Hong Kong earlier in the day, small groups of people carrying rucksacks filled with cash waited outside the city's flagship store hoping to snap up phones for resale. Yes, the iPhone 5 is that hot a product. 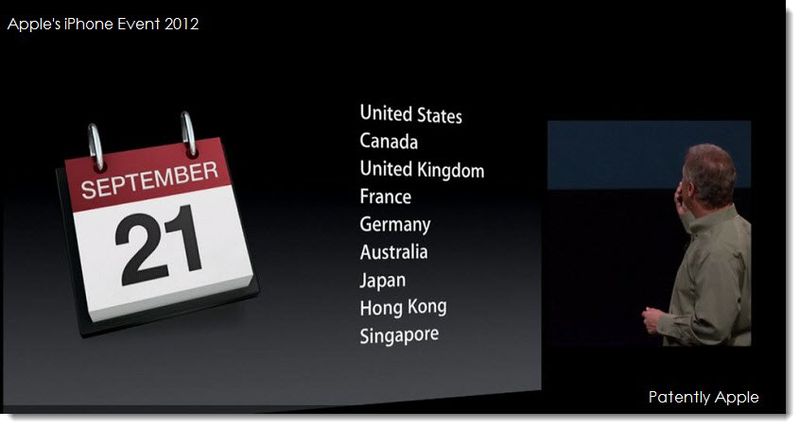 Next Friday, the next wave of countries that will be receiving the iPhone 5 are presented in our graphic below. 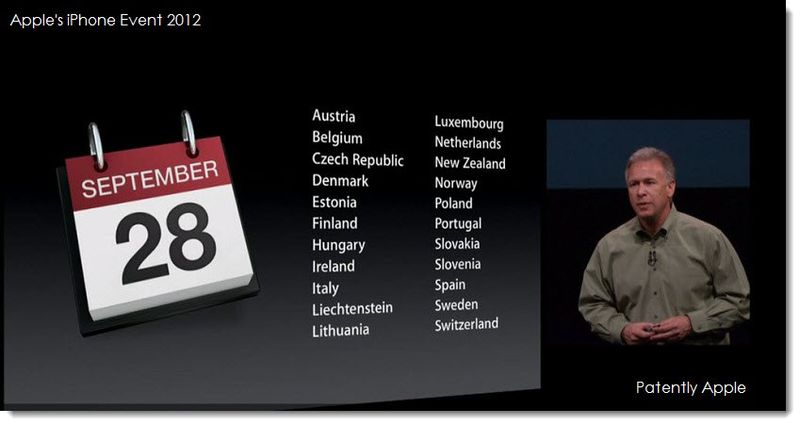 It's also been known for some time now that MTI also uses their technology for its "satellite set-top box platforms. Whether any of these technologies will end up in future iDevices or Apple's own Apple TV products is unknown at this time.

In another interesting technology tidbit this morning we read that Panasonic Corp has developed a 1/3.06-inch 13-Mpixel image sensor for improving the image quality and reducing the thickness of cameras embedded in smartphones and tablet computers. 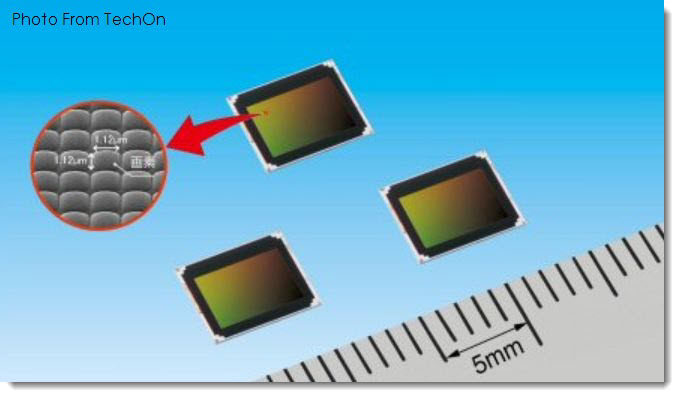 Panasonic will start volume production of the sensor, "SmartFSI," in December 2012. With the product, it becomes possible to realize a high color reproducibility and a high S/N ratio equivalent to those of digital cameras with the cameras of smartphones and tablet computers, the company said.

Apple's latest iPhone 5 offers an 8 MP camera using OmniVision Technologies for its CMOS sensors. Some sources believe that Apple may be considering the company's next generation 10 megapixel CMOS image sensor for the next round of iDevices in 2013. However, with Panasonic's latest development, we have to keep an eye on this new 13 megapixel sensor. Whether OmniVision will scramble to match these specs for Apple's next gen iDevices or Apple switch suppliers is irrelevant at this point. What matters is the news that a great leap in technology capable of bringing an advanced 13 megapixel camera to market in 2013 that's small enough to fit into the thinnest of mobile devices such as a future iPhone is a real possibility. Whether Apple will actually make the leap, however, is unknown at this time. 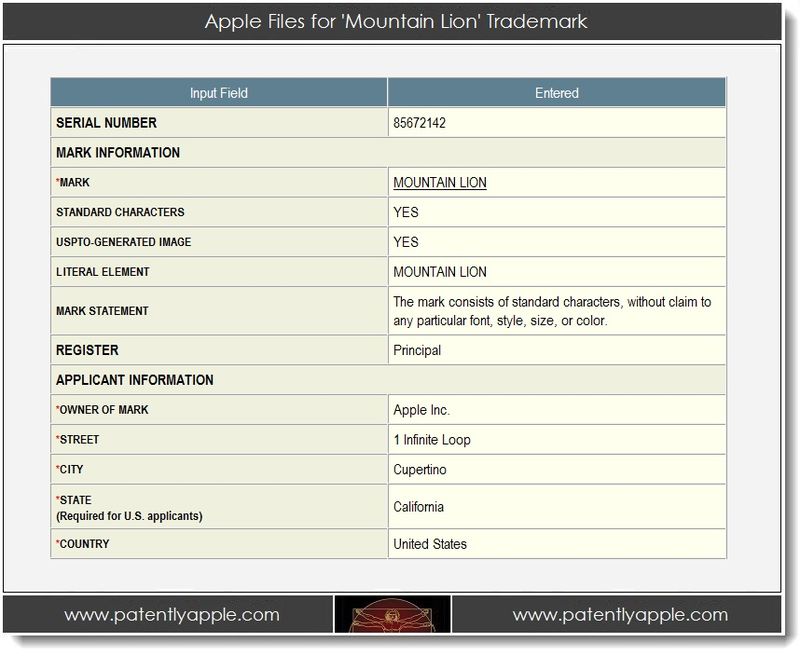 Apple has filed a trademark application for 'Mountain Lion' with the US Patent and Trademark Office. Although the application was originally filed on September 6, it only came to light publically this past Friday, September 21, 2012.