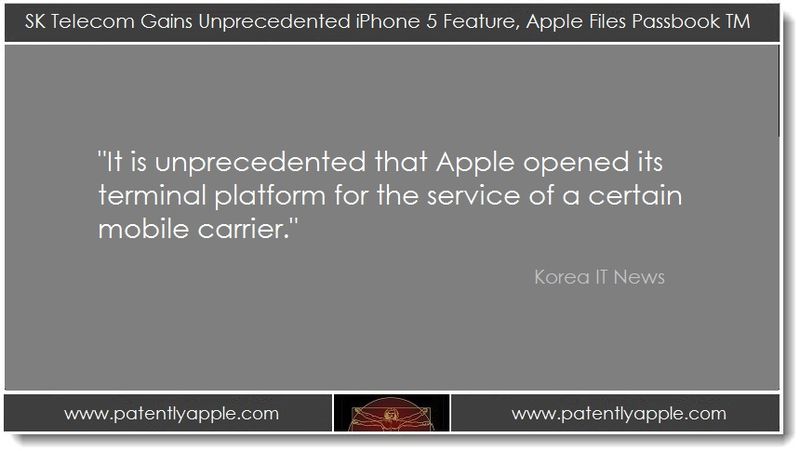 According to news from Korea, the South Korean SK Telecom has been granted an unprecedented iPhone 5 feature and we'll tell you what it is. In other news, Apple filed for the new 'Passbook' trademark in Europe and Taiwan's Hon Hai acquires some interesting patents. Report Updated October 04, 2012

According to Korea IT News, SK Telecom announced late on Thursday that Apple has allowed multi-carrier software to be installed on the iPhone5 it supplies in Korea. With the aid of the technology, long-term evolution (LTE) data services can be provided selectively either in an 800MHz or 1.8GHz frequency bandwidth. The selection of the roomier bandwidth is performed automatically.

"It is unprecedented," states Korea IT News, "that Apple opened its terminal platform for the service of a certain mobile carrier. It has put strong restrictions so that any iPhone users can use the same software environments irrespective of operators. A number of new non-Apple smart phones support multi-carrier operation for faster data communications in Korea." 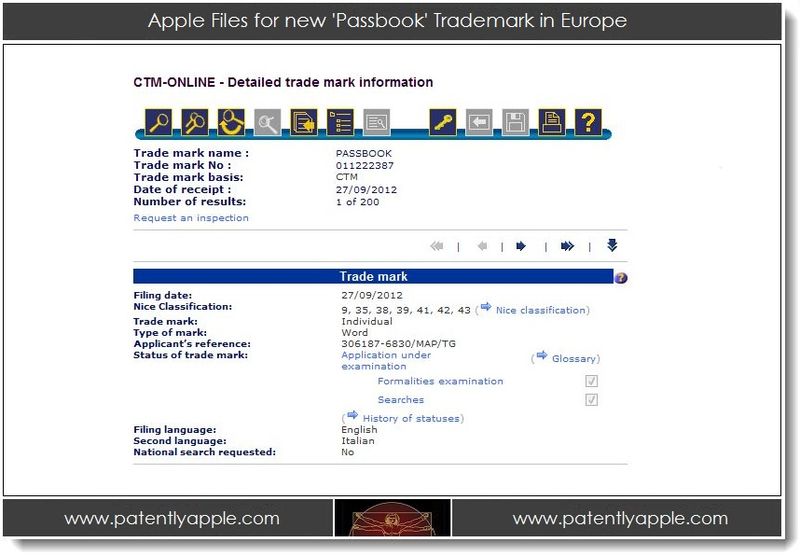 Apple has filed a trademark application in Europe for "Passbook" under nine specific classifications which cover such matters as computers, telecommunications, phones, phone services, GPS navigation, business management, education, hotel, restaurant, resort and bar services. Update Oct. 04, 2012: Apple has filed for the same trademark in Hong Kong China under application 302394702 which only covers International Classes 9 and 35.

Apple's "Apple Configurator" is now a registered trademark of Apple's. They received one for the logo and one for the icon associated with the trademark as presented below. 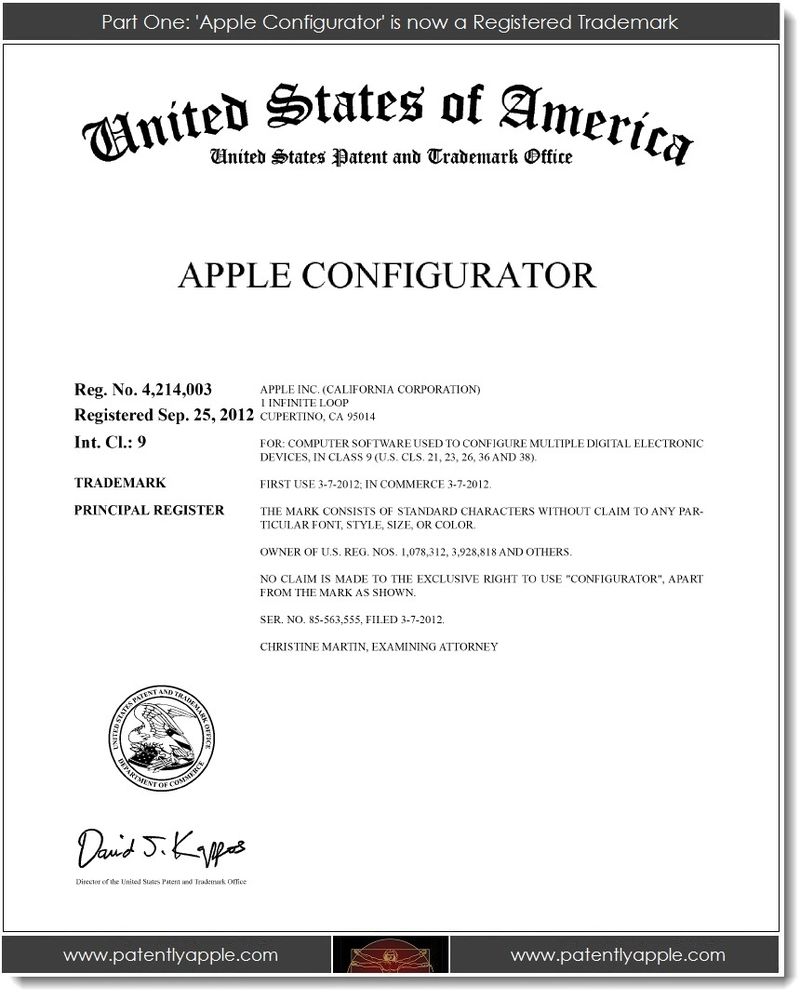 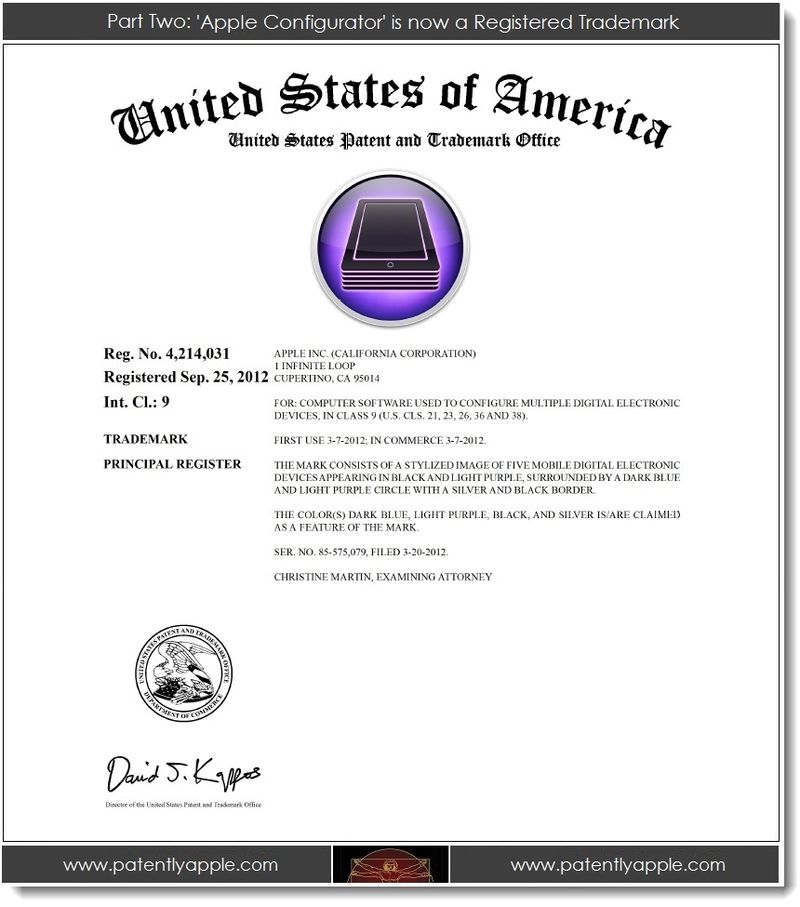 An interesting news tidbit out of Taiwan today states that Hon Hai Precision, the maker of Apple's hardware, has acquired patents from Japan based NEC Corp.

The Taiwanese manufacturer said the patent acquisition aims to enrich its flat panel patent portfolio and strengthen its capability in research and development of advanced technology in that particular area.

While Hon Hai Precision did not disclose further details about the patent acquisition in the statement, market analysts said the company is eyeing touch panel technology owned by NEC. Whether this development will relate to the future manufacturing of any Apple product is unknown at this time.