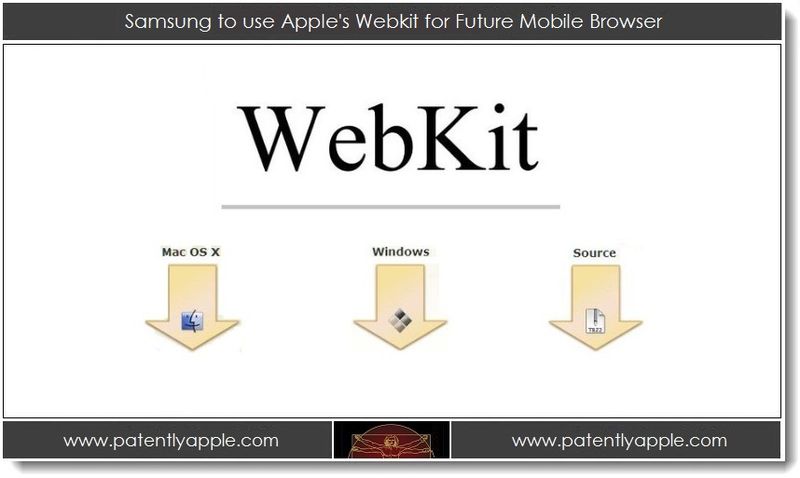 Earlier this month, the Korean Times reported that Samsung officials had stated that the patent dispute with rival Apple has strengthened their innovation drive. Specifically, Yoon Boo-keun, the president of Samsung's consumer electronics division stated to media sources that "Becoming a software-driven company is the main initiative. We will raise the quality of our products and services by pressing further for software, design and solutions." Yet where they're beginning this great initiative is really hilarious if not ironic.

According to Korea IT News, sources have confirmed today that Samsung has begun developing a new web browser for their future mobile devices. The irony is that they've chosen to use Apple's WebKit software which Apple opened sourced.

The "Advanced Software Platform Lab" at the Samsung Information Systems America R&D Center located in Silicon Valley scouted a number of WebKit professionals and started the development of the WebKit-based mobile browser.

On Apple's website, you'll read Apple stating the following: "Introduced by Apple engineers, WebKit simplifies web development and accelerates innovation. An open source engine, WebKit is free for anyone to use." Yet in order to ensure that no one ever forgets that WebKit originated with Apple and their engineers, they filed for a trademark to protect it in May 2010. While the trademark application was challenged in Canada by RIM (Research in Motion) in August 2011, the Canadian IP Office granted Apple the WebKit trademark on January 05, 2012. It's registered under number TMA815013.

So no matter how Samsung spins this, their future browser will be using technology that originated with Apple engineers. Apple's registered trademark will act as a constant reminder as to who brought WebKit to market – even if Androiders and Samsung engineers attempt to refute it by pulling the hair out of their head. Yes, they're copying Apple, again, except this time it's legal. 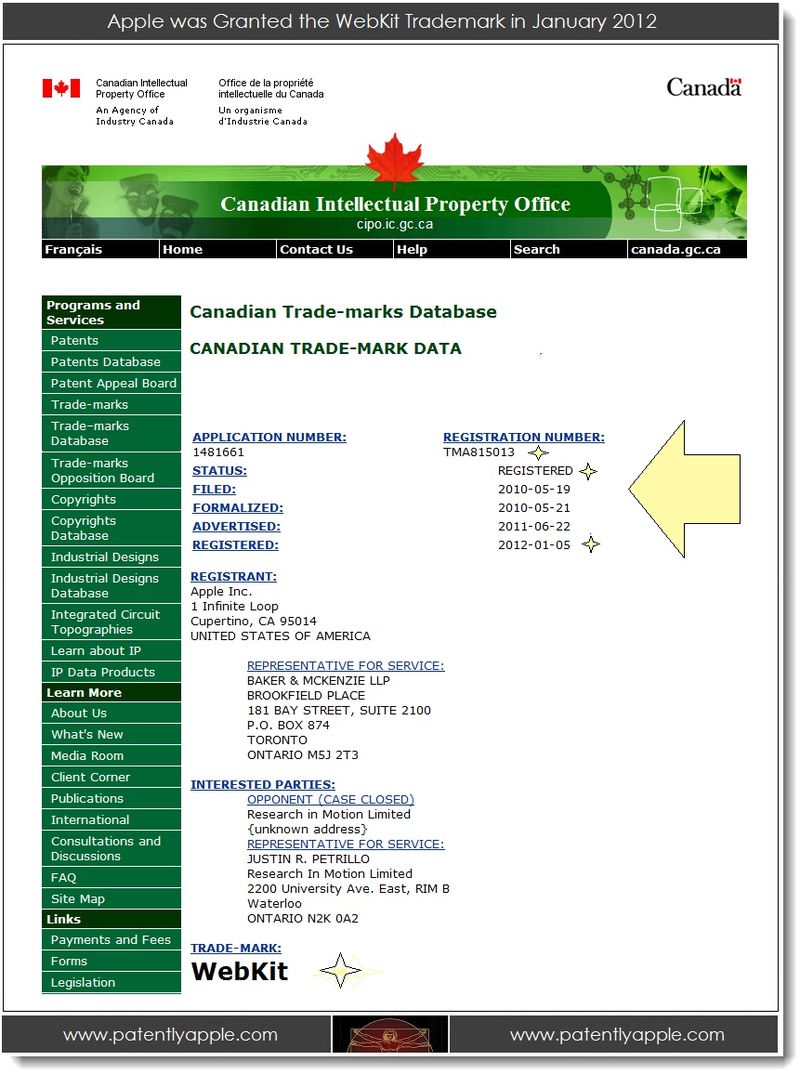 Thanks for that information Marc. Being that you worked for Next and Apple, I'll take your word on this and have removed the reference to KDE. I appreciate the feedback Marc.

Nothing in WebKit remains of KHTML/KJS and hasn't been for several years. The original fork pre-WebKit was a fork of KHTML/KJS which Apple would periodically release tarballs that KDE would diff back into their stack, wherever they saw fit.

WebKit was born later, free from KDE legacy code and it took nearly 4 years for KDE to finally embrace WebKit, but not before Nokia bought Qt and embraced it.