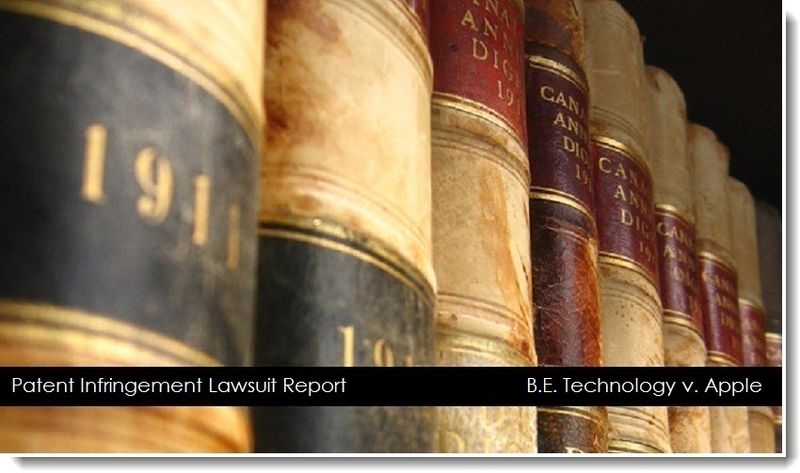 A Delaware company by the name of B.E. Technology doing business in Memphis Tennessee is suing Apple for infringing on two of their patents relating to demographically targeted advertising. B.E Technology lists eight of Apple's products that are allegedly infringing upon their patents.

According to B.E. Technology's first count against Apple, they believe that Apple has infringed the '314 patent by using a method of providing demographically targeted advertising that directly infringes at least Claim 11 of the '314 patent either literally or under the doctrine of equivalents.

In their second count against Apple, they believe that Apple has infringed at least Claim 2 of their patent 6,771,290 by using, selling, and offering to sell in the United States tablet computer products that directly infringe at least Claim 2 of the '290 patent either literally or under the doctrine of equivalents. The accused products include iPad, iPod touch, iPhone, MacBook Air/Pro, Mac Mini, iMac, Apple TV. 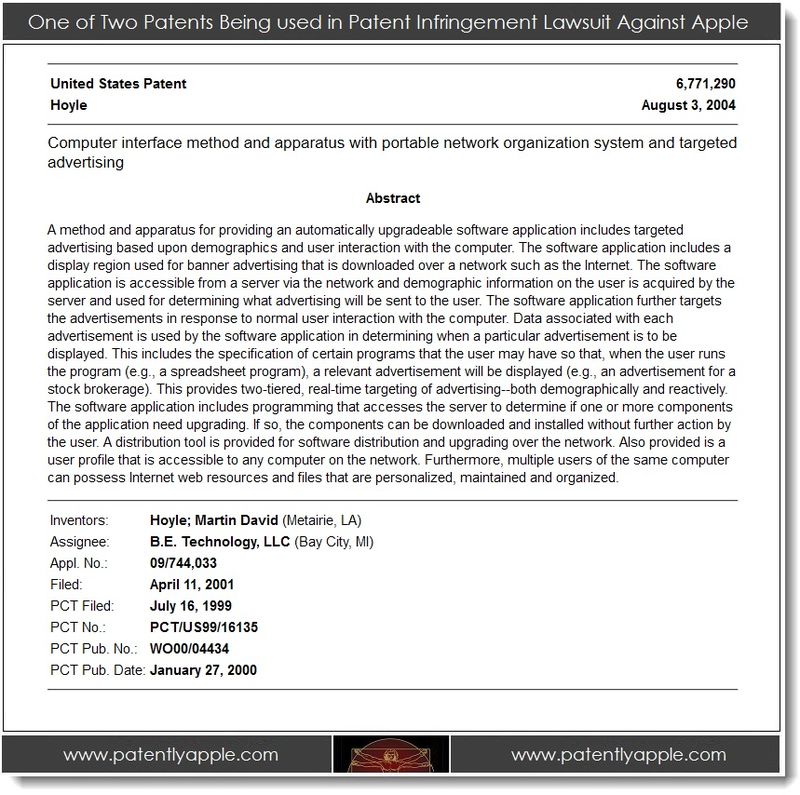 The case was filed in the United States, Tennessee Western District Court in Memphis. B.E. Technology is requesting a trial by jury.