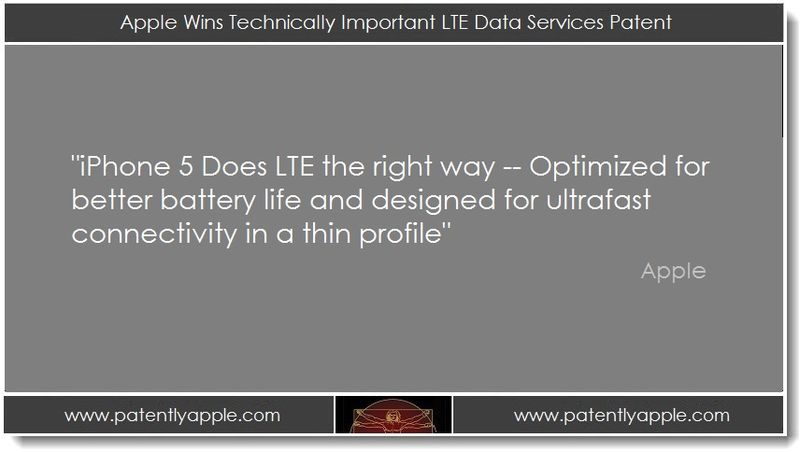 The US Patent and Trademark Office officially granted Apple a technically important LTE data services patent that specifically pertains to a method and system for estimating the wireless channel in the presence of inter-carrier interference. But let's be honest here; at this point in time, every LTE patent is going to be crucial for Apple who just released their new iPhone 5 with LTE. In early September Samsung began making statements in Korea that they would be suing Apple over LTE. Our report covering those statements also noted that Apple had amassed 434 LTE patents for their own LTE portfolio.

Apple is Granted a Patent Relating to LTE Data Services

A Peek at Apple's Patent Background

The demand for reliable and high data throughput wireless communication networks has never been so great as in the present. While initial consumer and business demand was for wireless communication technologies to support voice communication, this demand has grown both in terms of the sheer volume of users as well as the bandwidth requirements; the latter being the result of demand for wireless broadband data services. These services are provided, for example, by Fourth Generation ("4G") wireless systems based on 3GPP Long Term Evolution ("LTE"), IEEE 802.16e WiMax, and 3GPP2 Ultra Mobile Broadband (UMB), each of which use orthogonal frequency division multiple access ("OFDMA") technology as the air interface technology. These 4G systems are mandated to support mobility of up to 350 km/hr and such systems can be deployed in various channel frequency bands up to 5 GHz.

OFDMA is a modulation and multiple wireless network access scheme in which large channel bandwidth is divided into numerous orthogonal narrowband subcarriers. Information data symbols are modulated onto these subcarriers. Because the subcarriers are narrowband, the OFDMA symbols have longer time durations. OFDMA symbols are relatively immune to multi-path and inter-symbol interferences from the radio (wireless network) channel as a result of long symbol durations.

Methods based on least squares ("LS") techniques have also been tried. LS techniques do not require any knowledge of the statistics of the channels. However, because LS estimators use calculations with very low complexity, they suffer from a high mean-square error, especially under low SNR conditions.

It is therefore desirable to have a system and method that can more accurately estimate the wireless communication channel conditions and that is deployable in a wireless mobile device. Such estimation should be suitable for deployment in wireless broadband communication systems where ICI is a factor.

Apple's patent FIG. 4 shown below is a block diagram of an exemplary OFDM architecture constructed in accordance with the principles of the present invention; patent FIG. 7 is a flow chart of a least mean square channel estimation method. 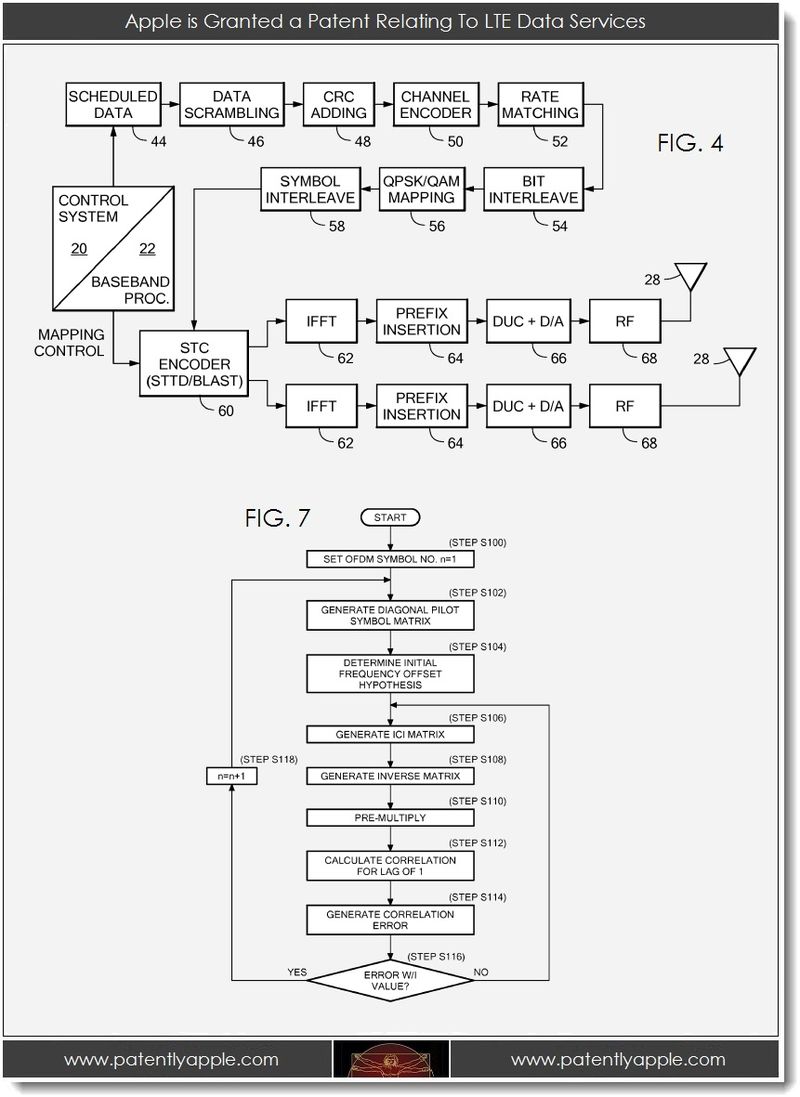 Apple credits John Panicker, Gary Boudreau, Neil McGowan and Vish Nandlall as the inventors of the '547 patent which was originally filed in Q4 2008 and published today by the US Patent and Trademark Office.

Cross-Reference to Related Applications: As reference, Apple's patent states that "This application is a Submission Under 35 U.S.C. .sctn.371 for U.S. National Stage Patent Application of International Application Number PCT/CA2008/002166, filed Dec. 11, 2008 entitled "Channel Estimation Method and System for Inter-Carrier Interference-Limited Wireless Communication Network," which claims priority to United Kingdom Application Serial No. 0724208.4, filed Dec. 12, 2007, the entirety of all which are incorporated herein by reference.

Over and above the granted patents that were specifically reported on in this report, we present you with links to an additional 11 granted patents in our Final Patent Round-Up of the day as follows:

8,269,094 - System and method to generate and manipulate string-instrument chord grids in a digital audio workstation 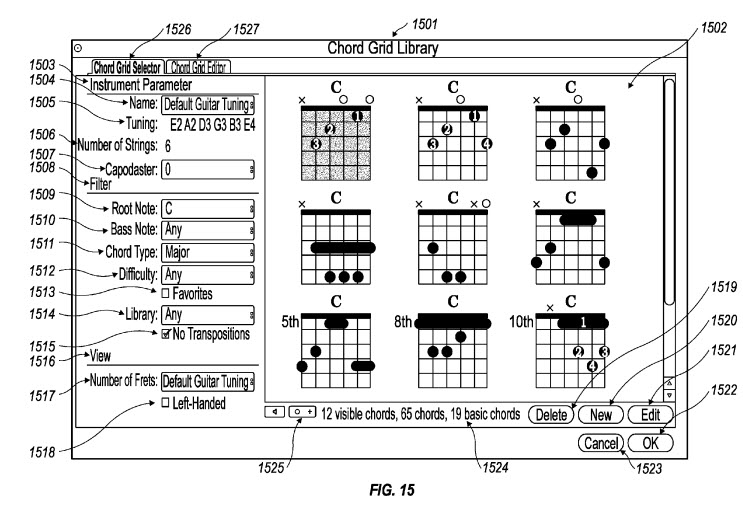 8,270,915 - Antenna and button assembly for wireless devices (relating to Apple's defunct original wireless headset that debuted with the 2007 iPhone.)