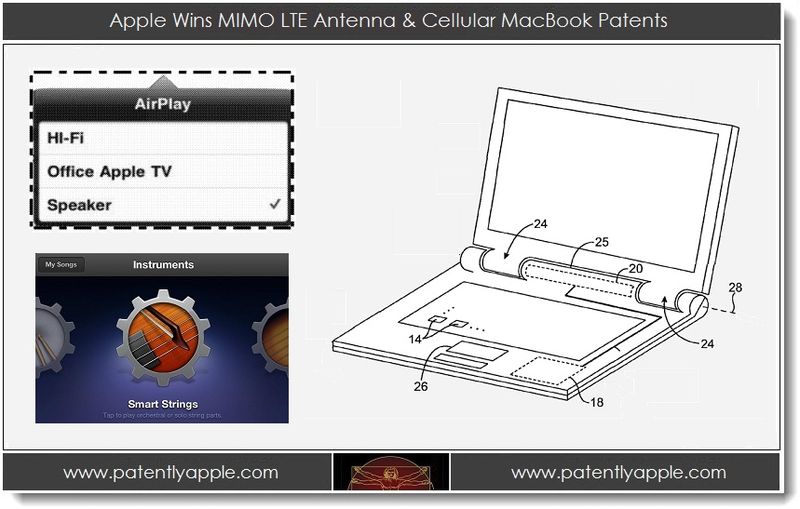 The US Patent and Trademark Office officially published a series of twenty-seven newly granted patents for Apple Inc. today. In our first report of the day we focus on two patents. The first relates to a future cellular MacBook that will likely access 4G LTE data networks. Apple's second patent win relates to an MIMO antenna which Wikipedia states is an important part of modern wireless communication standards such as LTE. Whether this particular antenna will be used in Apple's forthcoming iPhone 5 or future cellular data ready MacBook is unknown at this time.

Apple has received yet another Granted Patent relating to a future cellular MacBook. Apple's project regarding the cellular MacBook began a little over two years ago. There are fourteen additional related granted patents and patent applications on record in our archives for your review.

Apple considers the cellular MacBook a "hybrid device," in that it could offer cellular telephony, media player functionality and more. Whether Apple will restrict this future cellular MacBook to data network communications or open it to telephony is unknown at this time. However, if we go by Apple's 4G LTE iPad as a future model, then it will be restricted to data networks only.

Apple credits Enrique Ayala, Gregory Springer, Douglas Kough and Matthew McDonald as the inventors of the '412 patent which was originally filed in Q2 2008 and published today by the US Patent and Trademark Office.

Apple has received a Granted Patent that relates to wireless communications, and in particular to enhanced Multiple Input Multiple Output decoding. Although Apple refrains from associating their antenna with any specific standard, Wikipedia confirms that MIMO is an important part of modern wireless communication standards such as 3GPP Long Term Evolution (LTE), IEEE 802.11n (Wi-Fi), 4G, WiMAX and HSPA+. Every granted LTE related patent could become very important going forward for obvious reasons.

Apple's patent FIG. 4 shown below is a logical flow diagram illustrating operation of an antenna layer selection function according to one embodiment of their invention. 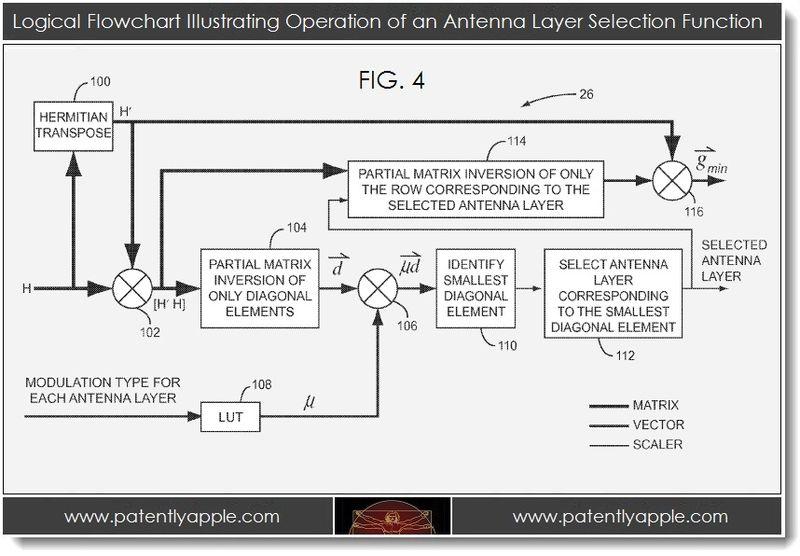 Apple credits Eddy Hum and Ming Jia as the inventors of patent 8,265,212 which was originally filed in Q4 2007 and published today by the US Patent and Trademark Office.

Apple has been granted a simple design patent for the opening window for AirPlay. 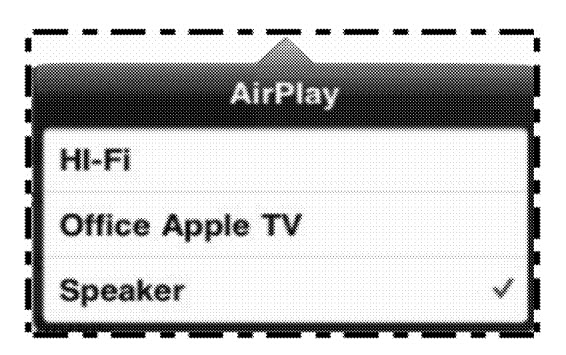 Apple has filed a trademark for Smart Strings under application 85720340 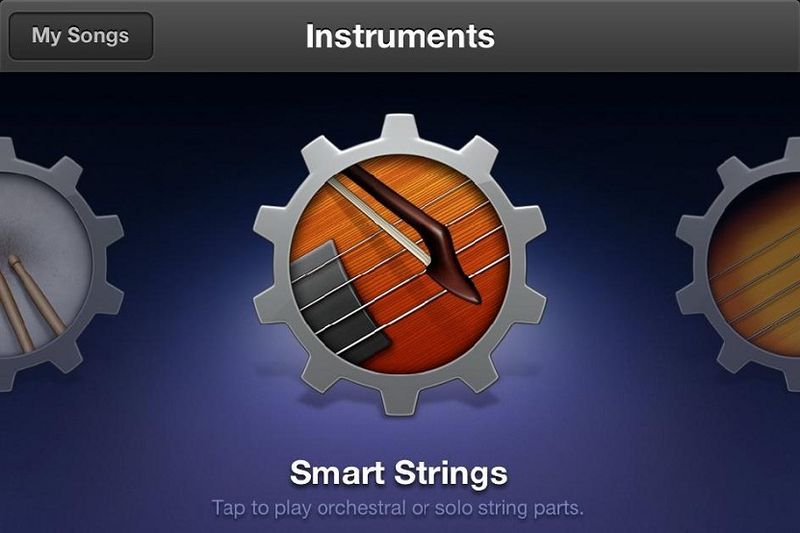 Over and above the granted patents that were specifically reported on today, we present you with links to nine other granted patents in our First Patent Round-Up as follows:

8,266,338: Data flow control within and between DMA channels

8,265,022: Apparatus and methods for transmission of emergency call data over wireless networks

8,263,872: Method and apparatus for attaching a flex circuit to a printed circuit board