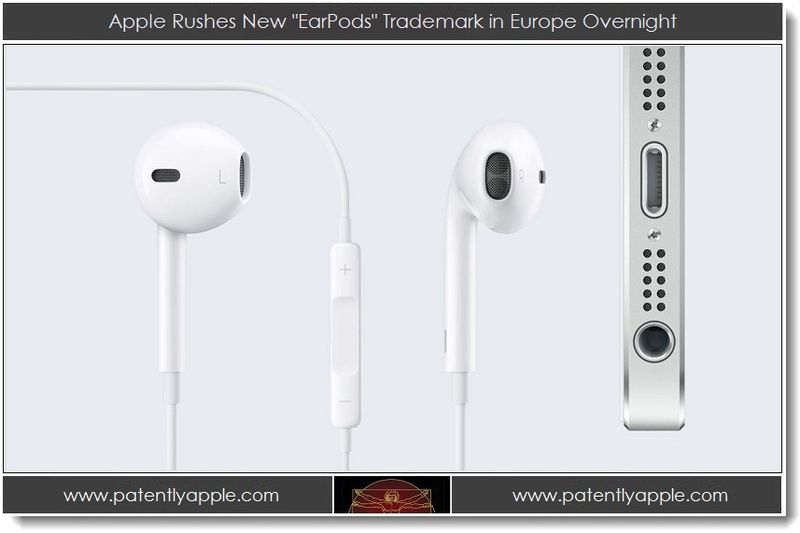 Right out of the gate Apple has filed for the new "EarPods" trademark in Europe under application number 01182532. Apple's trademark was filed under International Classes 9, 35, 38 and 41 which basically covers all hardware, phones, advertising, telecommunication services, digital audio and entertainment services. Apple's all new EarPods were introduced at yesterday's special iPhone event. The EarPods are part of Apple's improved audio for the iPhone which includes their patent pending beamforming technology. Second Update Oct, 05, 2012 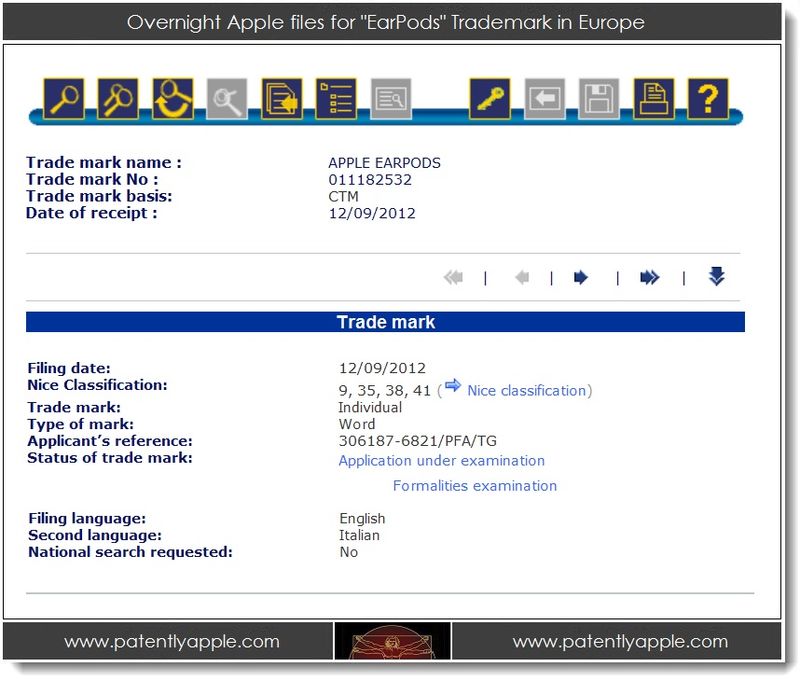 Apple's literature states that Apple EarPods are just the beginning of the improved audio experience on iPhone 5. It's designed with three microphones: one on the front, one on the back, and one on the bottom. The front and back mics work together to achieve beamforming — a technique that helps iPhone focus on sound from the desired location for clearer audio.

Apple filed for a patent in 2010 introduced the foundational use of multiple microphones in a future iPhone in respect to beamforming. The use of beamforming in the iPhone-5 is yet another patented technology put into action. This is the first embodiment to use the new technology.

On another related note, 9to5 Mac posted a supposed photo of an iPhone-5 speaker last week that they believed was directly linked to Apple's May 2012 patent. Perhaps iFixit will clarify this point in the coming days ahead.

Apple is likely to file this trademark in the U.S., China and Canada in the coming weeks and Patently Apple will update this report accordingly. Update Sept. 18, 2012: Apple's TM filing in the US was made under number 85728401. Interestingly the 'EarPods' trademark was only filed under International Class 09 in the US. 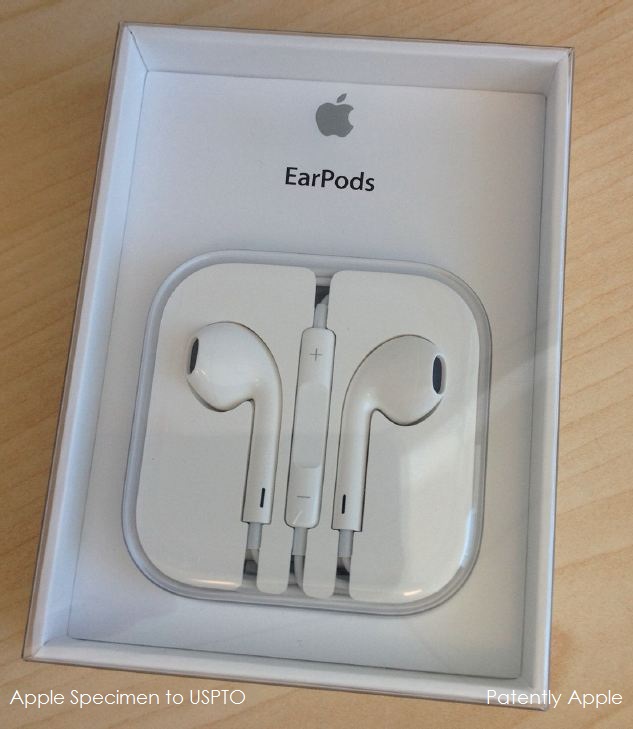