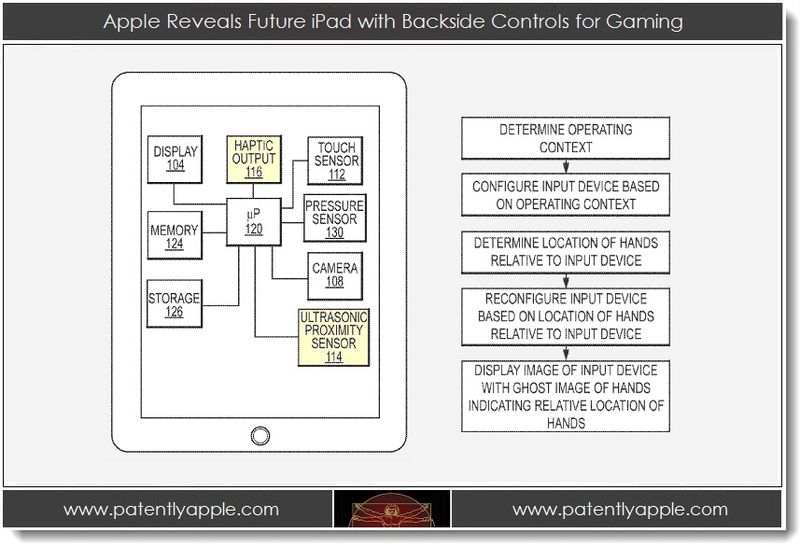 There's great news for gamers this morning. A new patent application published by the US Patent & Trademark Office published this morning clearly illustrates that Apple has been working on backside controls for the iPad specifically for controlling video games. Of course being Apple, the sensor based controls are positioned beneath the surface of the iPad so as to not to appear as hard buttons of yesteryear. Although Apple has already been granted a patent regarding backside controls for the iPad, we find that today's revelations build on this foundation with specifics aimed at video games.

Apple states that utilizing a surface as the input allows for application-specific input devices to be implemented. For example, the surface may be utilized as an input device for gaming, providing game specific inputs.

In Apple's patent FIG. 9 shown below we see an illustrated tablet computer that has a front side 172 that includes a display 174. The images 179 represent the position of the user's fingers on the back side 176 may be shown on the display 174 as corresponding with certain virtual inputs 180.

In Apple's patent FIG. 10 we're able to see the back side of the tablet computer which illustrates sensors 177 that may be positioned in regions 178 under a surface of the perimeter of the backside 176 to facilitate input by a user. It should be appreciated that the sensors 177 may be positioned in a linear manner as shown, in a grid pattern, or any other suitable pattern and/or density to achieve a desired input granularity and/or functionality. It should be appreciated that the sensors for determining position and proximity of a user's hands may include ultrasonic, pressure, capacitive sensors, and/or the like (see patent figure 3 below). In some embodiments, one or more cameras may be implemented for positionally and/or proximity information. 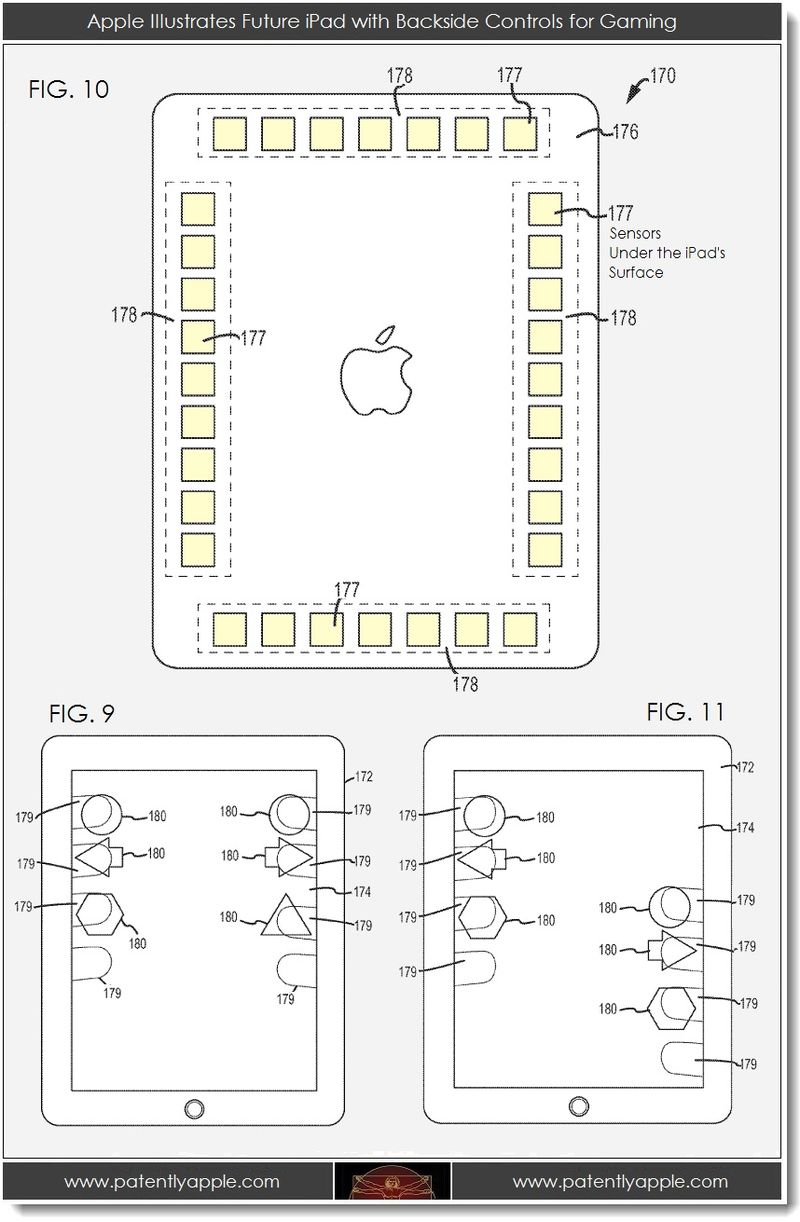 The sensed position of the user's hands may be shown on the display 174 in some contexts. That is, in some operating contexts (e.g., when certain applications are running such as a video game) the showing of the user's fingers location may be beneficial.

As a user's hand positioning may shift or change during use, the virtual inputs may correspondingly shift as shown in FIG. 11. That is, if a user's hand moves during use, the move is sensed and the virtual inputs 180 are correspondingly changed to accommodate the shift of the hands. Generally, the assignment or interpretation of sensor input is reconfigured to compensate for the hand shift. 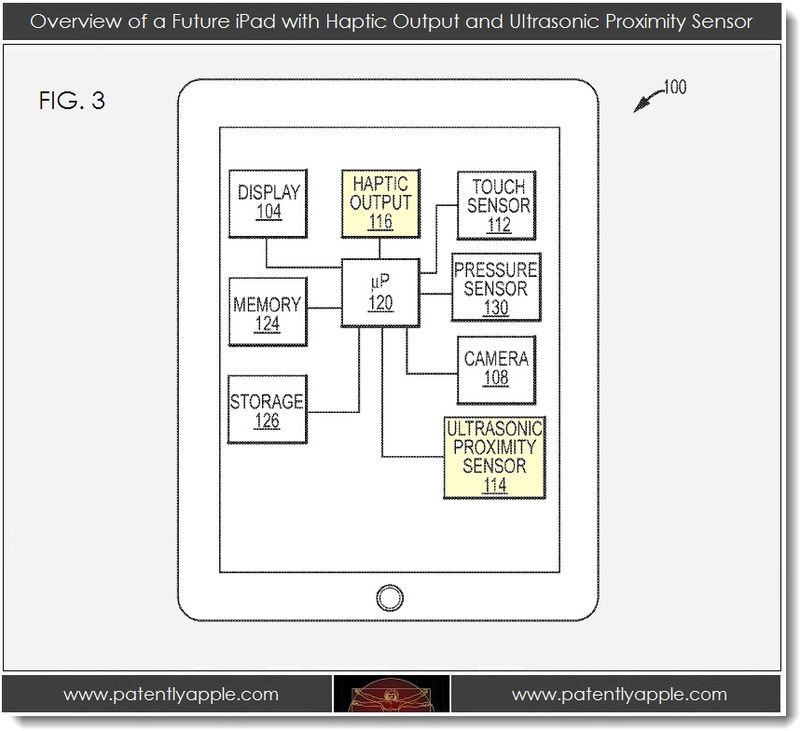