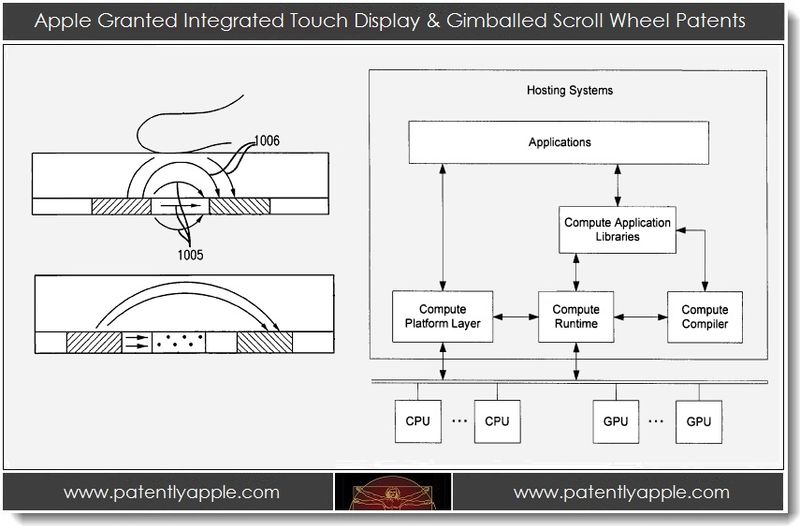 The US Patent and Trademark Office officially published a series of twenty newly granted patents for Apple Inc. today. In our second and final granted patent report of the day, we cover patents relating to integrated touch displays and Apple's famed gimballed scroll wheel. We close out our report with links to 5 additional granted patents with emphasis on one covering parallel computing which relates to Apple's OpenCL.

In our September twentieth report titled "Apple's iPhone 5 'EarPods' & other Patents Come to Light," we pointed to Apple introducing Integrated Touch into the iPhone 5 and linked to one of the patents that were related to that technology. Today, Apple has been granted a second patent relating to this technology.

Apple credits Steve Hotelling and John Zhong as the inventors of granted patent 8,274,492 which was originally filed in 2007 and revised in Q4 2011. 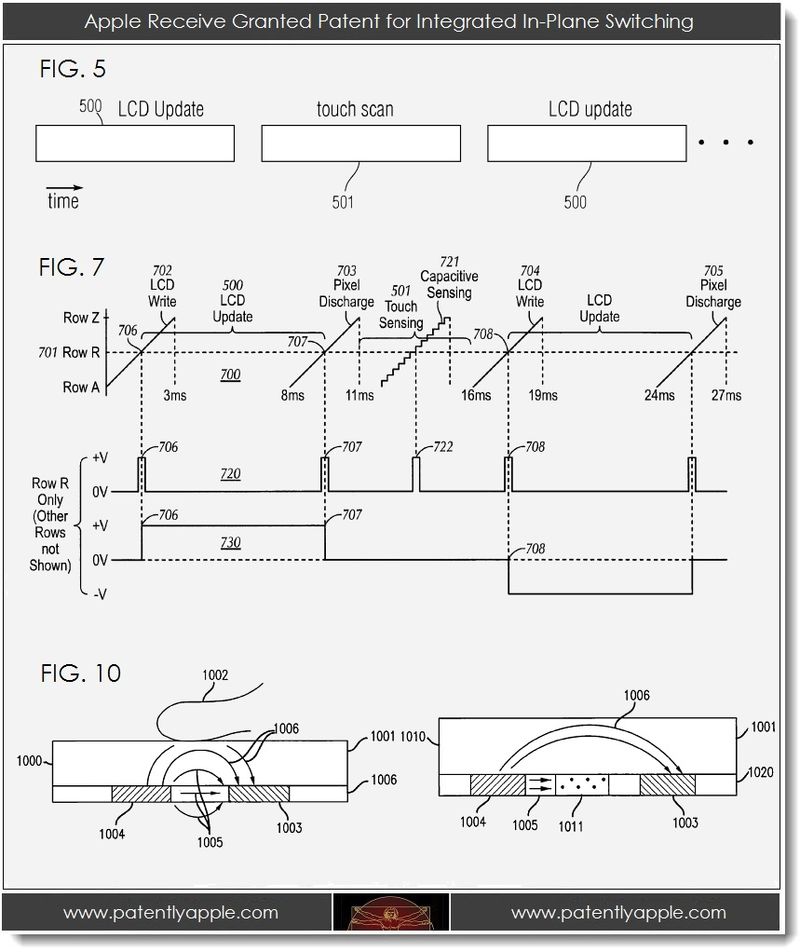 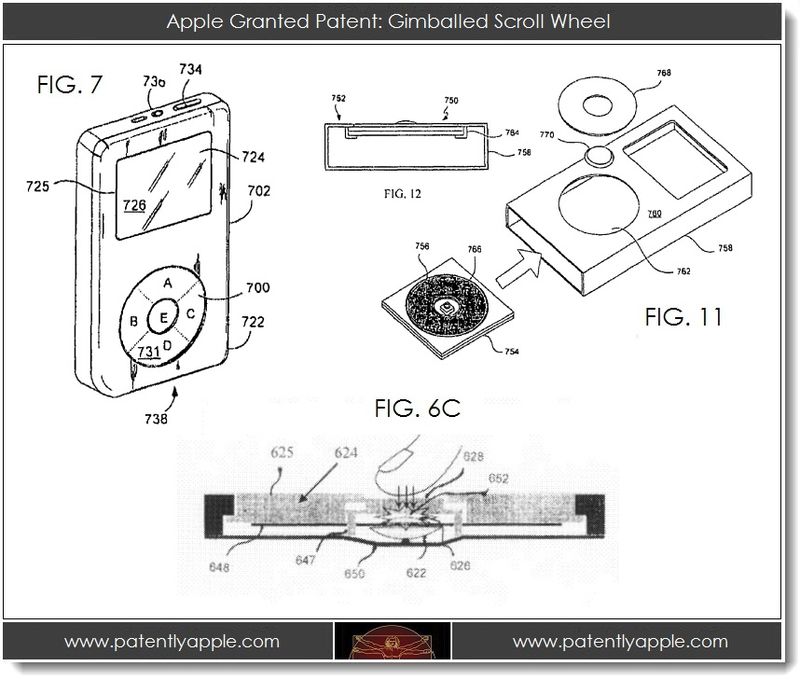 In some embodiments the input device may include a movement detector, such as a dome switch, placed under a platform that includes a position indicator. The device can then use the movement of the platform in making selections. Since this movement can be felt by a user of the device, this configuration allows the device to give tactile feedback to the user while the user is making a selection. This tactile feedback can further be improved by configuring the device to provide a "click" sensation when the platform is depressed.

Apple credits Christopher Prest, Fletcher Rothkopf and Richard Dinh as the inventors of this patent which was originally filed in Q and published today by the US Patent and Trademark Office.

Over and above the granted patents that were specifically reported on today, we present you with links to all of the remaining granted patents in our Final Patent Round-Up as follows:

Apple's patent FIG. 1 which is presented in our cover graphic, is a block diagram illustrating one embodiment of a system to configure compute devices including CPUs and/or GPUs to perform data parallel computing for applications.

System and method for controlling a wireless device