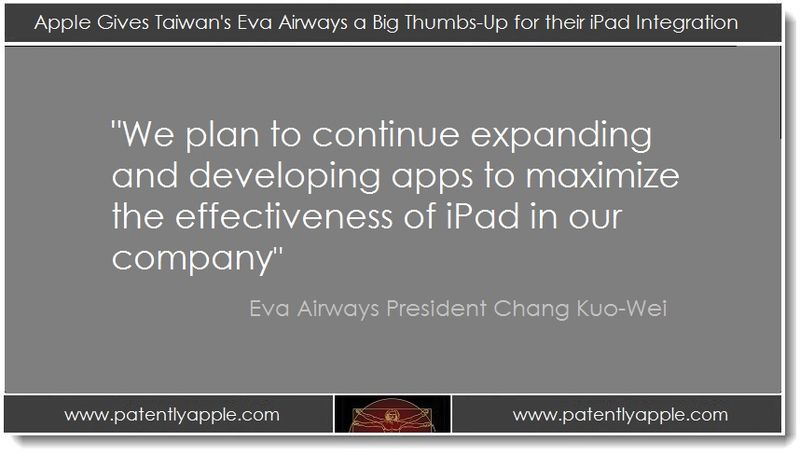 The Taiwan press was glad to report this morning that Eva Airways (EVA), Taiwan's second largest airline company was touted by Apple as a model to have successfully incorporated smart technology -- the iPad -- into flight services. According to the report, the Apple team came to Taiwan twice earlier in the year to profile EVA, which since 2011 has outfitted each of its 800 pilots and 200 cabin service managers with an iPad containing specially designed applications to deliver more real-time information.

The apps developed in house by EVA include weather details, flight records of the entire route, the onboard crew member list, and relevant airport bulletins, explained Liang Hsueh-hsien, an EVA safety supervisor and A330 instructor pilot. 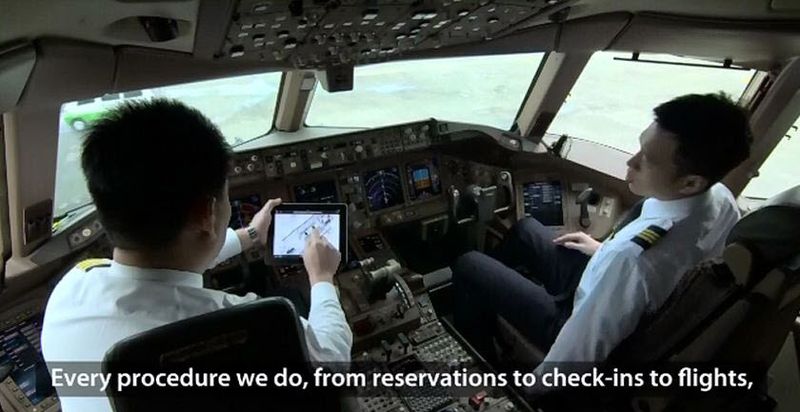 Passengers also receive greater service through the smart technology because their special needs and comments can be delivered to flight attendants effectively, he said. 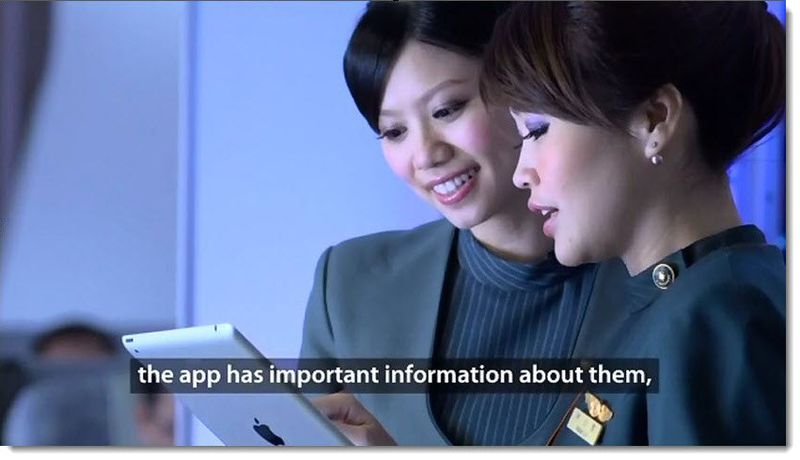 Looking forward, EVA President Chang Kuo-Wei said the company will take its quest for innovative technology to a higher level to raise its global competitiveness.

"We plan to continue expanding and developing apps to maximize the effectiveness of iPad for our company," he said. 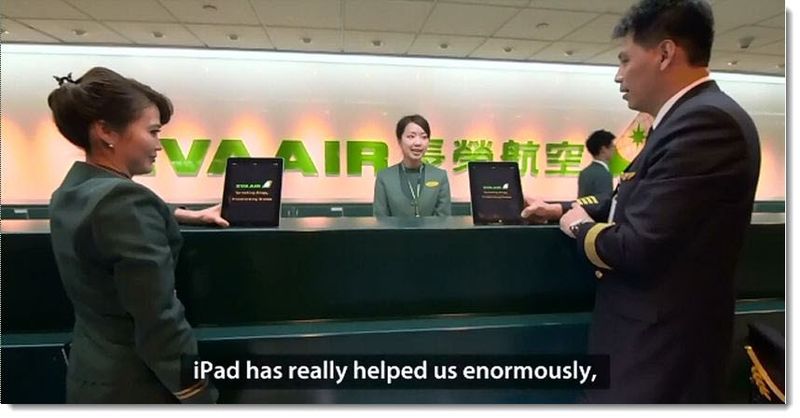 As of this morning, Apple has posted an iPad in Business Profile and video regarding EVA titled "iPad Takes Flight."