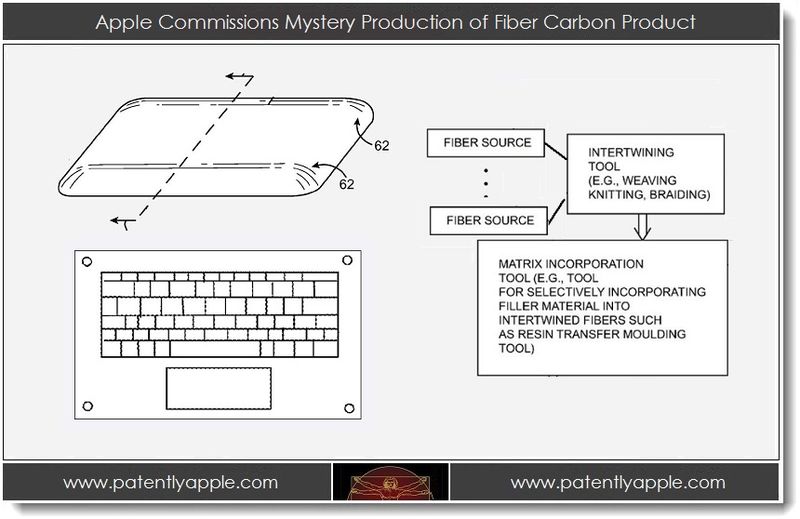 The Japanese site Macotakara is reporting this morning that sources known to them are claiming that Apple and Foxconn engineers have commissioned production of a mystery product using carbon fiber, a lighter woven material that Apple has been working on for years.

To date, Apple has several key carbon fiber related patents that specifically point to an iPad or other iDevice, perhaps a mini iPad, along with a notebook. One of Apple's patents describes woven fibers that may be constructed with glass or carbon fibers. 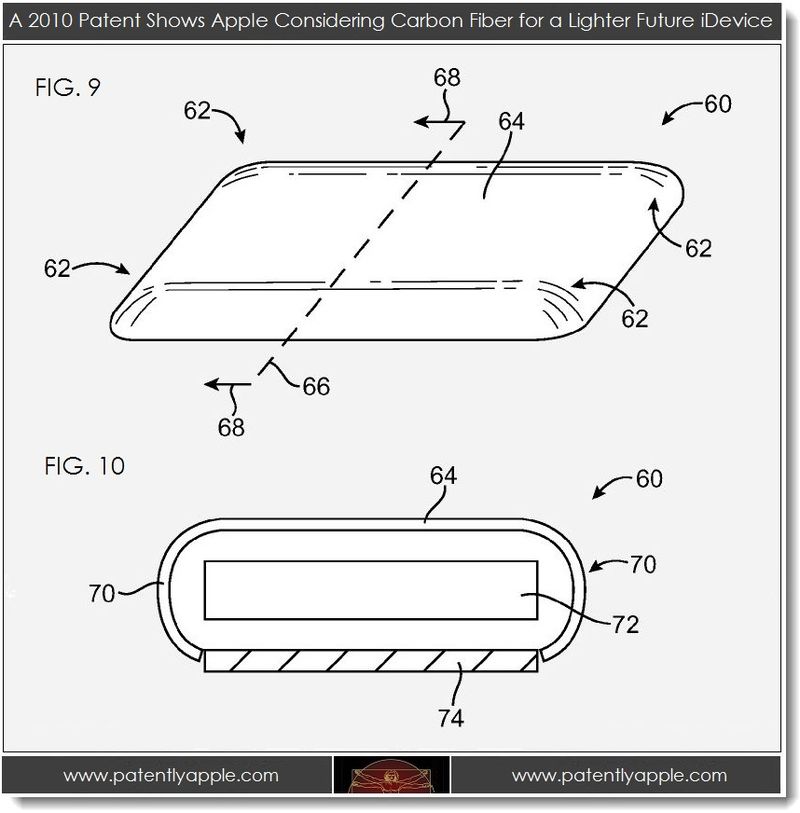 It was reported on last spring that Apple hired Kevin Kenney. His Linkedin profile lists him as Senior Composites Engineer at Apple Inc. (and president of consulting company Kevin Kenney & Associates LLC). What's fascinating is that Kenney's background includes being President and CEO of Kestrel Bicycles. Was Apple consulting with him in 2010 before hiring him? That would be very interesting to know being that it was in 2010 that Apple's engineers dreamt up their famed "Smart Bike" invention and filed several Fiber Carbon patents. 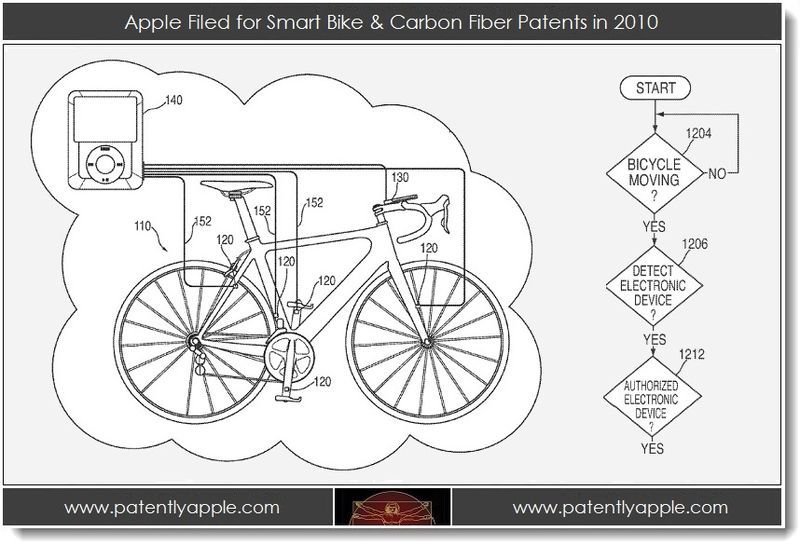 Is Apple considering a glass or carbon fiber Smart Bike? – Not likely. But you never know with patents and with Kenney's expertise and background being in carbon fibers in relation to bikes, it makes for a very interesting long shot.

Yet for now, the mystery part or device that Apple supposedly commissioned remains unknown.