One of Apple's Industrial Design Secrets is Revealed in Patent 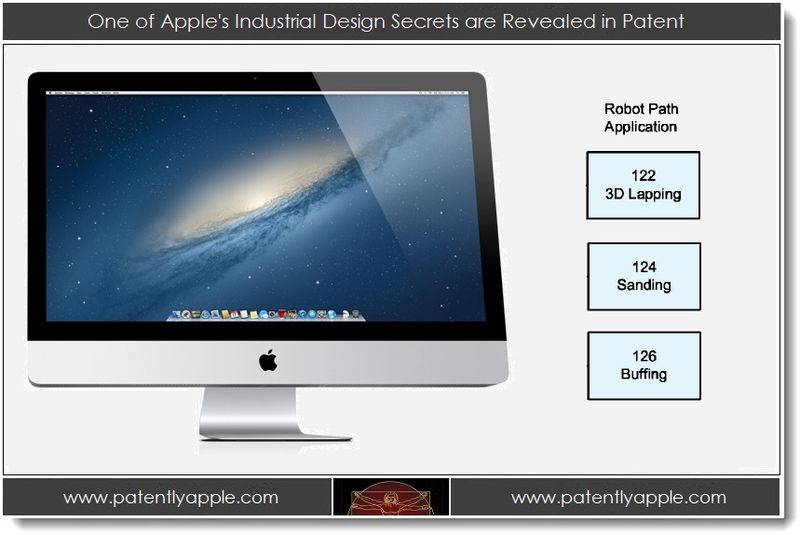 Although it's another slow summer day on Apple's patent front, the US Patent & Trademark Office published did publish several patent applications of Apple's – and two of them are worth noting. The first relates to adressee based message prioritization for Apple Mail and the second relates to revelations about one of Apple's industrial design processing secrets.

One of the definitive attributes and driving principles that the late CEO Steve Jobs obsessed over was that Apple's products had to be aesthetically pleasing to the eye. Instead of following the pack in making plastic computer towers or smartphones, Apple pushed their designs to include aluminum alloys and clean design form factors with impeccable finishing. Apple believes that the lust factor is a core marketing value in drawing consumers to their brand. In order to achieve this high quality standard for finished products, Apple had to invent their own smart automation system for robotic surface finishing. 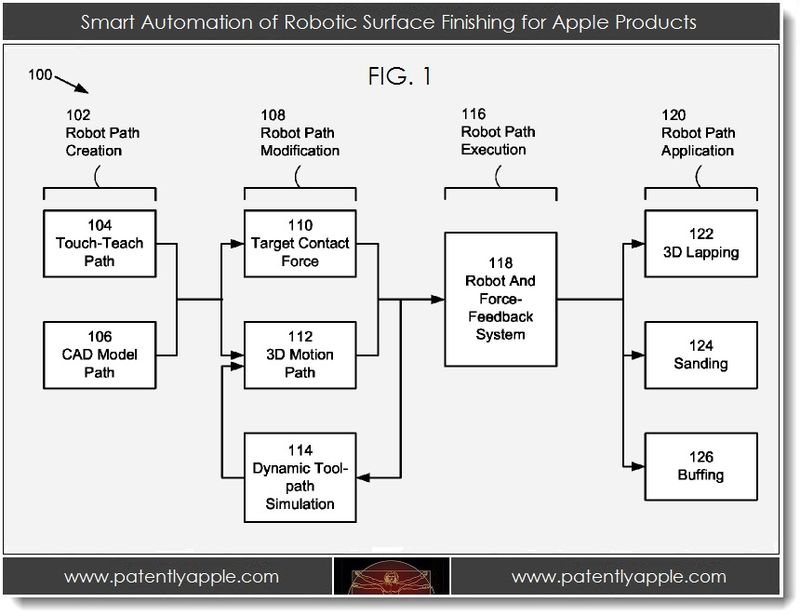 High volume manufactured electronic devices could include computer numerically controlled (CNC) machined parts with various geometrically shaped surfaces. The machined parts could be finished using one or more robotic tools, including using surface finishing processes such as lapping, sanding and polishing one or more surfaces of the part.

The system that Apple describes relates to robotic surface finishing of such products as the iPod, iPhone, iPad, MacBook Air, iMac and iMac Pro. Apple states that both the tactile and visual appearance of an electronic device could enhance the desirability of the electronic device to the consumer. A representative metal could include aluminum and a representative metal alloy could include an aluminum alloy. A cosmetic outer layer machined from a metal or metal alloy could be cut to a desired shape and finished to a desired reflective and/or matte surface finish appearance. In some embodiments, a continuously smooth shape having a uniformly smooth visual appearance could be desired.

If you're interested in learning more about the details behind one of Apple's industrial design secrets, then check out patent application 20120220194. Apple's patent application also describes a method relating to the creation of prototypes using a "touch-teach" three-dimensional robotic arm process. To review other Apple patents relating to materials and processes, see our Archives.

Another invention of Apple's revealed by the U. S. Patent and Trademark Office today includes one relating to addressee based message prioritization. In some implementations, messages (e.g., e-mails, text messages, chat messages, etc.) received by a user (e.g., recipient) could be displayed in a user interface of an electronic messaging application.

Particular implementations provide at least the following advantages: important messages could be quickly and easily identified by a message recipient thereby improving the productivity of the message recipient and saving the recipient time that might me otherwise spent sorting through electronic messages. 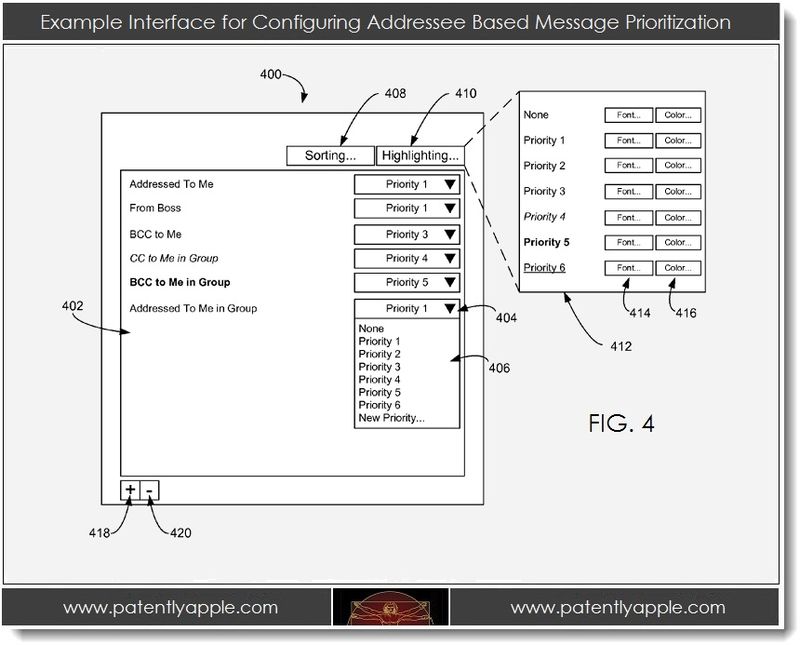 Other new patent applications from Apple that were published by the U.S. Patent and Trademark Office today include the following:

In addition to the two main patent applications presented in today's report, the US Patent and Trademark Office also published a series of older continuation patents dating back to between 2008 and 2011. The continuation patents that we list below are specifically referenced as such under the section titled "Cross-Reference to Related Applications." Generally speaking, continuation patents represent tweaks made to patent claims in an effort to get the patents granted by the USPTO and don't represent any noteworthy new development from the original patent filing. Here are today's continuation patents should you wish to review them: