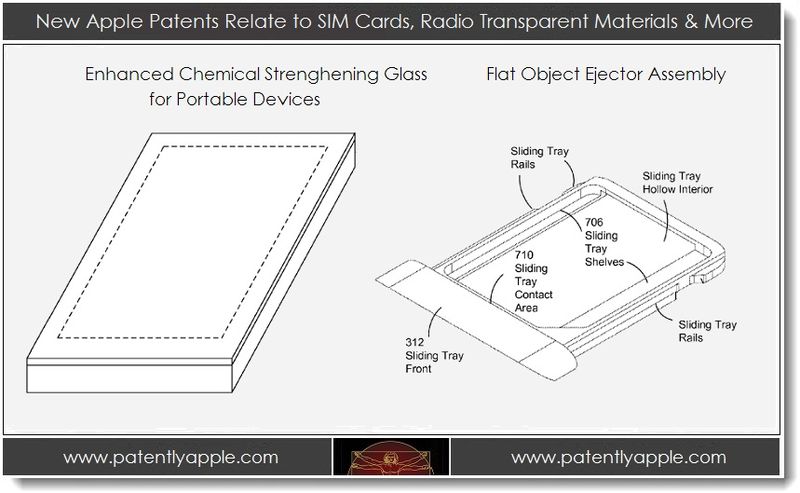 On August 2, 2012, the US Patent & Trademark Office published a series of patent applications from Apple on the topics of SIM cards, radio transparent materials for portable devices, video editing and many other utility patents.

Apple has come up with a fair number of cellular MacBook antenna ideas over the years, and while an antenna is still an option, the fact is that the LTE based iPad is doing just fine as far as reception goes, without the use of a standout antenna. Apple's secret is using a radio transparent material for the cover of the device, be it an iPad or MacBook. With the MacBook carrying a slick new design, a standout antenna is, well, likely to never happen. This latest Apple filing focuses on the iPad while mentioning that the process may apply to notebooks. Check out the patent filing, here. 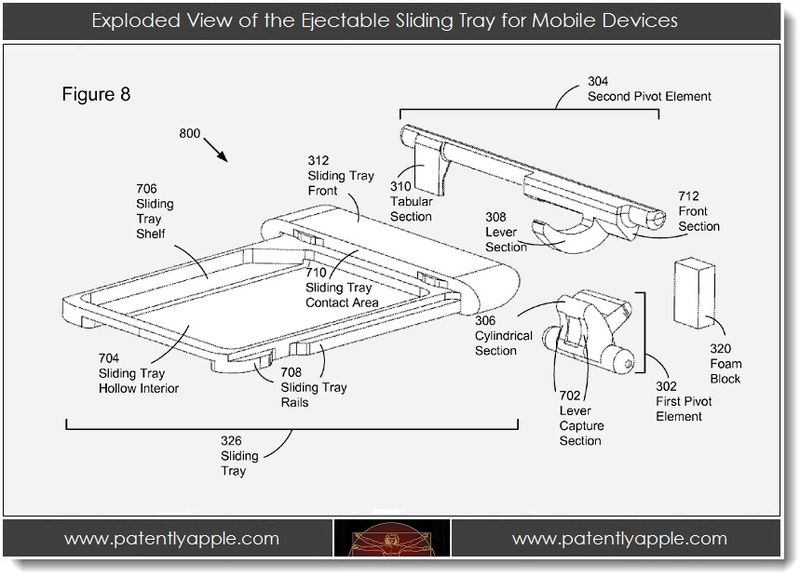 In April we pointed to Apple's SIM card design being a winner and in the end the European Telecommunications Standards Institute (ETSI) chose Apple's design. The ability to have a SIM carry dual cards was discussed in this patent report that we covered in March. Today, the USPTO published a new related patent application that once again mentions a dual card option. Apple states that "The flat object can include multiple parts, such as a tray that can hold a secondary flat object, for example a memory card or subscriber identity module (SIM) card as used in a mobile communication device." If this interests you enough to investigate it further, then check out patent applications 20120195013 and 20120196462.

Patent Abstract: Apparatus, systems and methods for improving strength of a thin glass member for an electronic device are disclosed. In one embodiment, the glass member can have improved strength characteristics in accordance with a predetermined stress profile. The predetermined stress profile can be formed through multiple stages of chemical strengthening. The stages can, for example, have a first ion exchange stage where larger ions are exchanged into the glass member and a second ion exchange stage where some of the larger ions are exchanged out from the glass member. In one embodiment, the glass member can pertain to a glass cover for a housing for an electronic device. The glass cover can be provided over or integrated with a display. For more information, see this patent.

Other Patent Applications of Interest

Machine Process and Tools – Apple's invention relates generally to the machining of a three dimensional metal alloy object. More particularly, a method and an apparatus are described for machining an exterior surface of a metal alloy casing of a portable electronic device to form a combination of a flat top edge surface, a curved edge surface and a flat bottom surface.