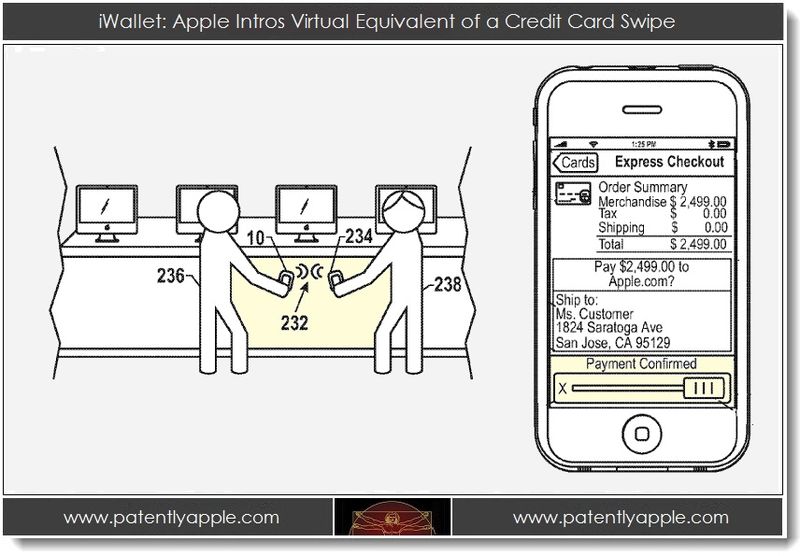 The US Patent and Trademark Office officially published a series of 56 newly granted patents for Apple Inc. today. One of the key patents that were found within this group relates to Apple's future iWallet. It's a patent that happened to sneak through the patent application process in 2009 by not being listed as an Apple assigned patent. This newly granted patent reveals Apple's virtual equivalent of a credit card swipe on an iDevice GUI. The iWallet is going to be a major iPhone application in the future and it's one that Apple is meticulously designing. The iWallet could very well end up being one of the most important apps of the decade.

Apple has received a Granted Patent that relates to electronic devices, and, more particularly to graphical user interfaces configured to receive motion based inputs for confirming a payment transaction.

Apple's patent background states that payment transactions increasingly occur without the use of physical payment objects such as credit cards or cash. For example, online purchases may be made using credit card information stored in an online account maintained by a merchant or by a payment service such as PayPal. Further, financial account information may be stored on electronic devices and transferred using contactless means, such as near field communication (NFC), radio-frequency identification (RFID), or networking, to complete payment transactions.

Apple Introduces the Virtual Equivalent of a Credit Card Swipe 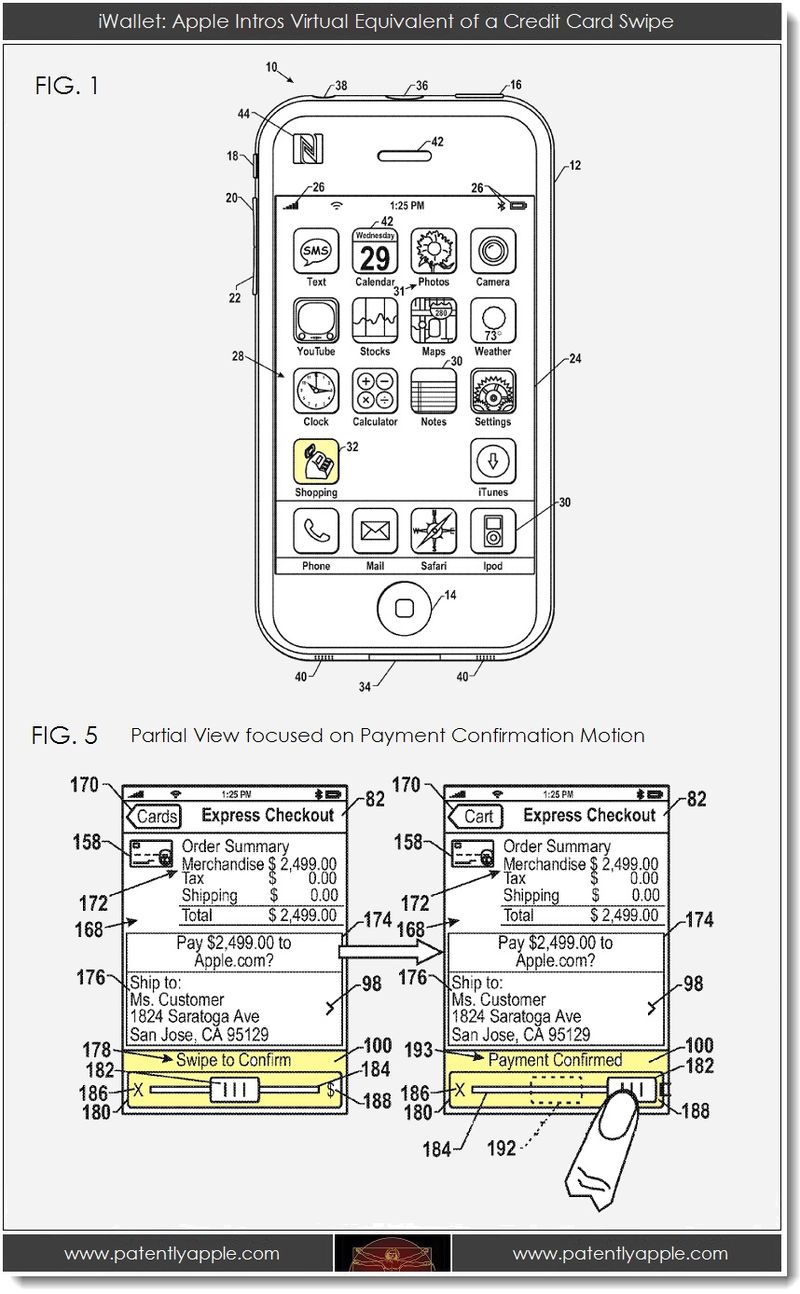 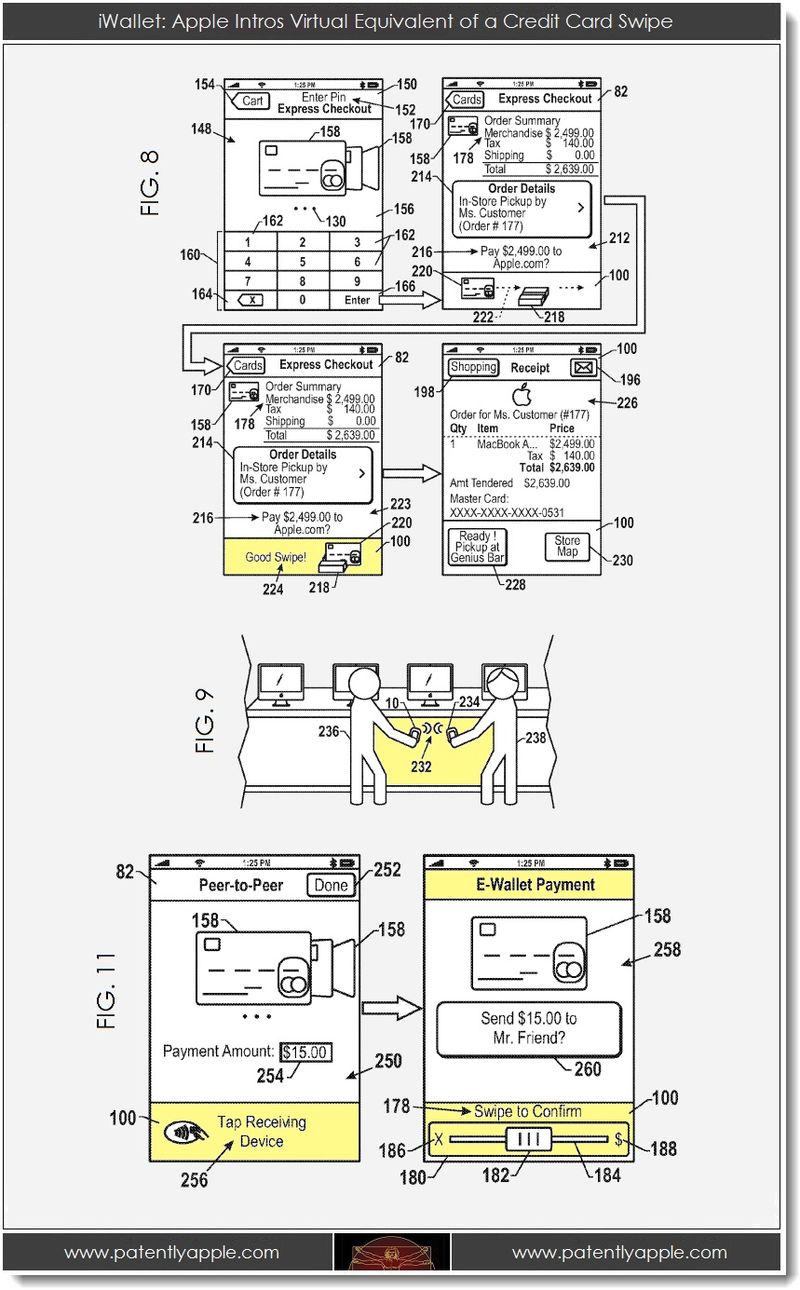 The iWallet could work with NFC, a bar code or camera to finalize a payment. The timing of integrating NFC or any other equivalent into the iPhone is unknown at this time.

Apple credits Brandon Casey, Gary Wipfler and Erik Cressall as the inventors of this granted patent which was originally filed in Q1 2009 and published today by the US Patent and Trademark Office. To review more of Apple's iWallet patents, check out our iWallet Archives.