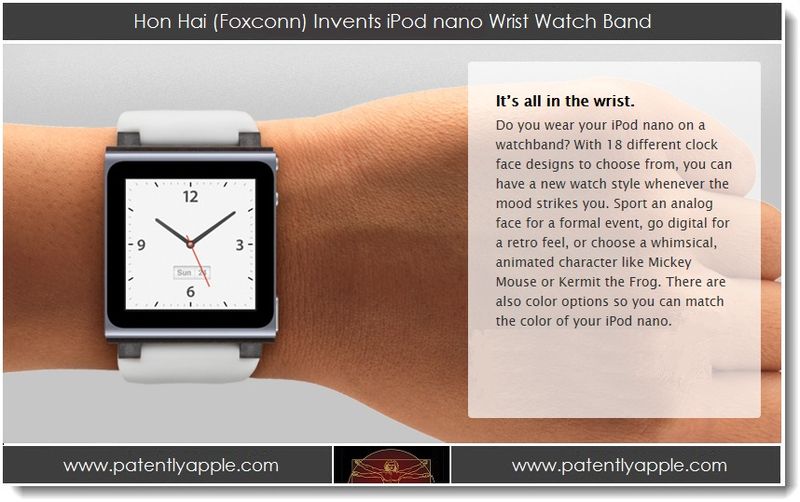 Surprise, surprise, Hon Hai has filed a patent application relating to a new iPod nano wrist watch band with storage areas for earphones and a battery. Whether the design was created for Apple or to be marketed by a yet unnamed distributor or themselves is unknown at this time.

Hon Hai Precision Industry Co. Ltd., publically trading as Foxconn, is the manufacturing company behind all of Apple's hardware. The U.S. Patent Office database reveals that Hon Hai has filed a patent application for a wrist watch band for Apple's iPod nano. 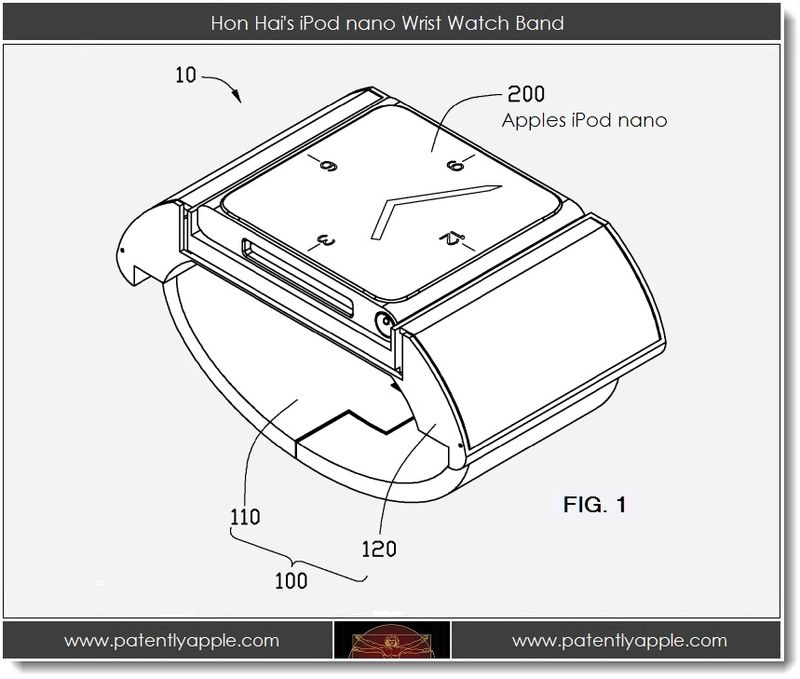 In Hon Hai's patent FIG. 5 shown below we're able to see that the iPod nano is held in place by clamping plates. The design shows us that there will be a storage area on each side of the iPod nano's band. One storage area will be able to hold earphones while the other could be used for "accommodating any other accessories such as a data line or a battery." Unfortunately Hon Hai's filing doesn't elaborate on the added battery, which is certainly an interesting twist. 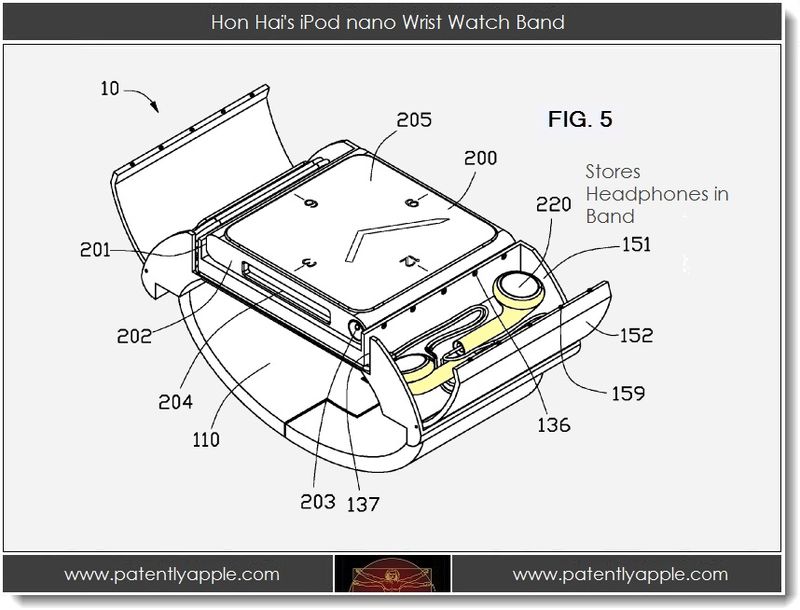 Hon Hai's patent application was originally filed in Q2 2011 and published in Q3 2012 by the US Patent and Trademark Office.