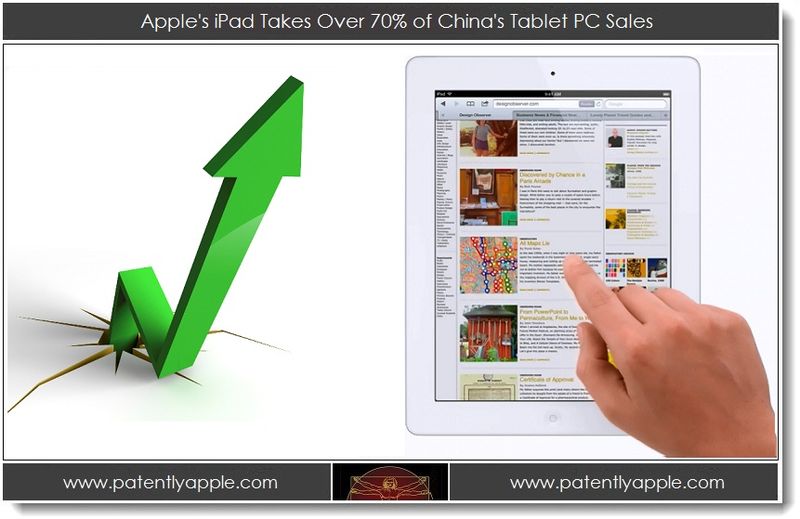 While some of China's market analysts have speculated that Apple could experience a decrease in iPad 3 sales in this current quarter, researcher Analysys International out of Beijing is claiming that Apple's iPad's market share in China's tablet PC sector climbed to over 72.6 percent in the second quarter of 2012. The figure marked a 20.06-percent increase from the first quarter of 2012, said the report. Meanwhile, Samsung's tablet PC saw a 7.69-percent year-on-year decrease in its market share, which stood at 3.59 percent in the second quarter of 2012.

What gets me is that those Wall Street analysts keep saying that Apple is going to lose market share to all the other tablet makers and so far that hasn't happened. If Apple were to introduce a smaller and less expensive tablet, Apple might even gain tablet market share which would be great for revenue. I'm curious to see how well those Microsoft ZunePads do as far as consumer sales are concerned. The analysts seem to think those tablets will become the iPad's biggest challenger. I guess because of the Microsoft brand name since there's little else to go on.