Apple is Granted an iWallet Related Patent for Shopping

The US Patent and Trademark Office officially published a newly granted patent for Apple Inc. today that relates to their future iWallet in respect to shopping and shopping lists. Apple's published patents relating to their future iWallet began to roll out in 2010. At this year's World Wide Developer Conference, Scott Forstall, Apple's Senior VP of iPhone Software, revealed Passbook which was basically a sneak peek at an iWallet component. Apple's recent acquisition of AuthenTec falls into line with their iWallet project, as Apple had published an earlier patent covering a future iPhone with fingerprint scanning capabilities. Apple had previously acquired another fingerprint scanning patent back in 2010 which further strengthens this project. At this very moment nobody knows when Apple will officially launch their full iWallet application, but logic strongly suggests that it could be in the 2013/2014 timeline.

Apple has received their first Granted Patent relating to methods for conducting shopping-related transactions with a handheld electronic device. In some embodiments a mobile electronic device may be used to identify a product and obtain pricing information relevant to retailers of the product within a specified geographical location. In another embodiment, a mobile electronic device may be used to acquire pricing information for a shopping list of products. Embodiments may also include a variety of features that make the shopping experience quick and efficient while allowing the consumer to hunt for a better bargain. Furthermore, several embodiments also allow the product manufacturers and/or retailers to distribute relevant product information to targeted consumers who are known to be, or who may be, interested in buying a particular product. 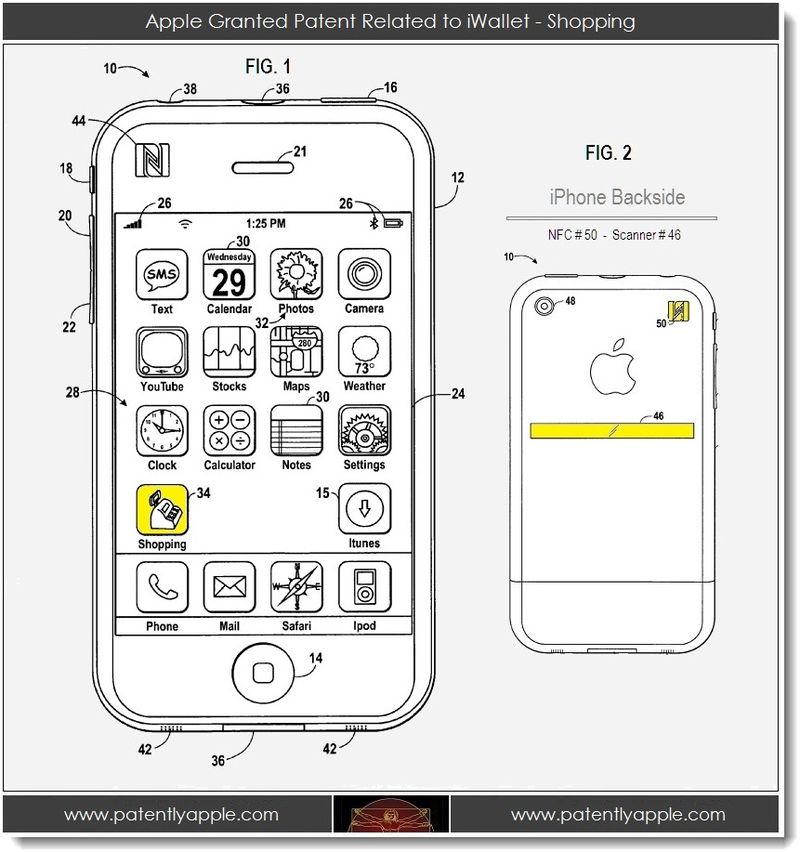 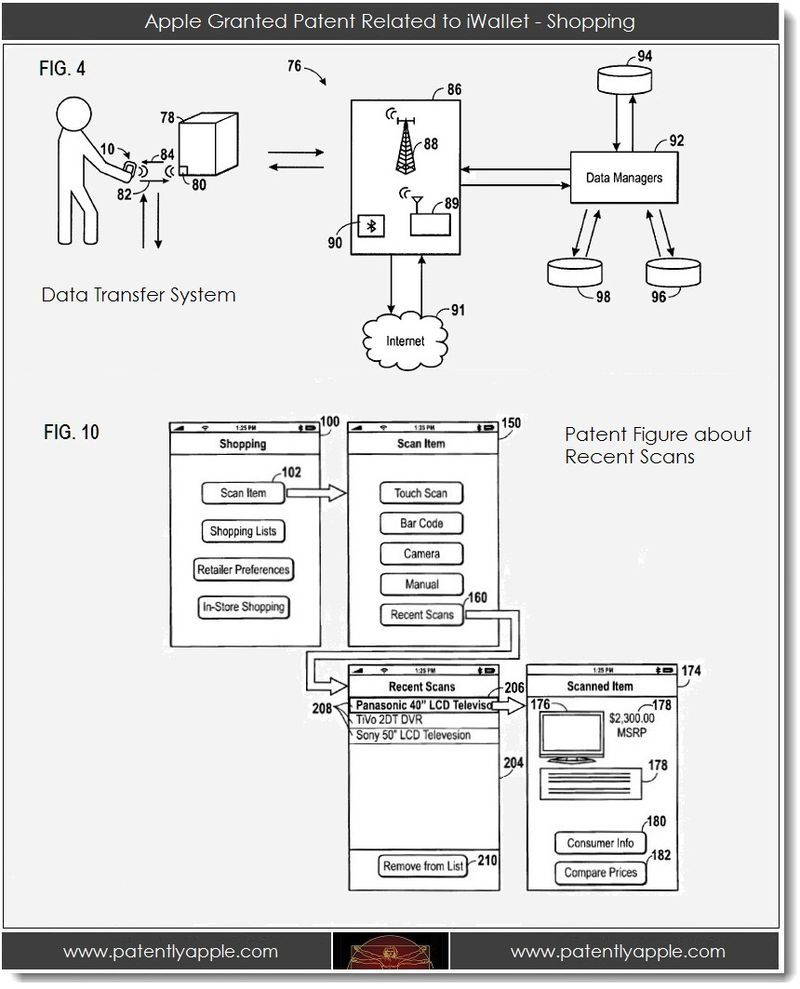 To get the bigger picture, see our March 2010 report titled "Apple Reveals their e-Wallet Companion App Called "Shopping." Apple credits Gloria Lin and Amir Mikhak as the inventors of this patent which was originally filed in Q3 2008 and granted today by the US Patent and Trademark Office. Other iWallet related patent applications could be found in our iWallet-NFC Archives.

Over and above the granted patent for shopping, we present you with links to 15 other granted patents published today by the US Patent and Trademark Office, as follows:

8,239,605 Communication between a host device and an accessory via an intermediate device

8,239,595 Communication between a media player and an accessory with an extended interface mode

8,239,356 Methods and apparatuses for data protection

Other granted patents will be listed in this or other reports posted by Patently Apple today.