Apple Chalks Up another 38 Granted Patents 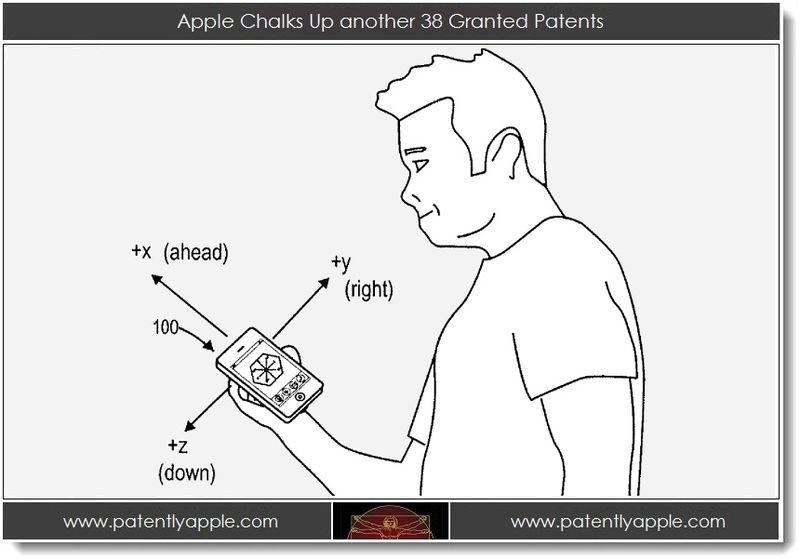 Apple has received a Granted Patent relating to techniques for calibrating an electronic compass that is integrated into an iDevice like the iPhone.

One of the drawbacks of current electronic compass technology, integrated in a portable device such as a smartphone or cellular phone, is that due to being subjected to widespread and variable magnetic interference sources, the compass direction output is in error quite often. This characteristic of the integrated compass may be ameliorated, by using an improved technique that indicates when the environment in which the portable device and/or the magnetic sensor find themselves has changed, such that the calibration process needs to be restarted.

In accordance with an embodiment of the invention, a machine-implemented method for dynamic calibration of a compass in a portable device operates as follows. A magnetic field surrounding the device is monitored during a given time interval, as the portable and its compass function are being used in the normal course by the end user. For example, the magnitude of the magnetic field and the geomagnetic inclination or dip of the geomagnetic field may be monitored during the same time interval. When certain criteria relating to the monitored magnetic field magnitude and geomagnetic inclination angle are met, then this indicates that a new environment has been entered or created around the portable device or the magnetic sensor, such that immediate recalibration is needed. 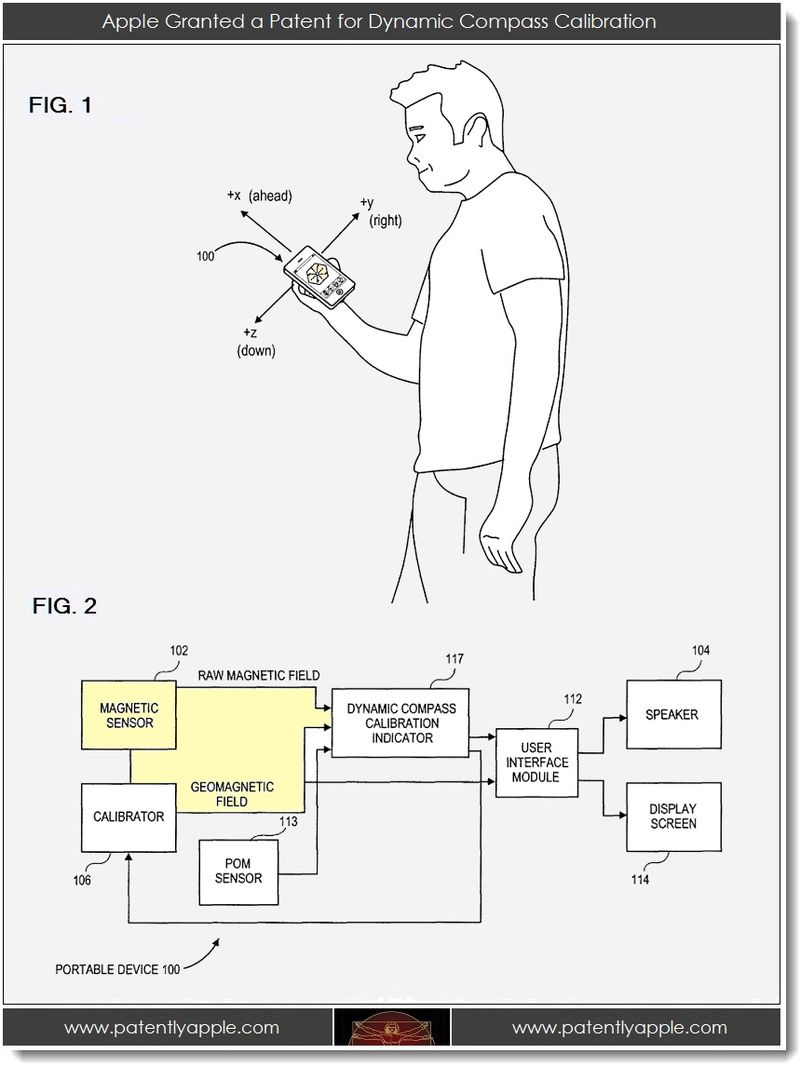 Apple credits Patrick Piemonte, Madhu Shrivastav, Puneet Mishra, Robert Mayor, Ronald Huang and Parin as the inventors of granted patent 8,239,153 which was originally filed in Q and published today by the US Patent and Trademark Office.

Apple has also been granted their second patent on controlling your desktop from your iPhone. Their first granted patent was covered in 2009. And finally, Apple has been granted a patent for adjusting camera setting on a touch screen iDevice. 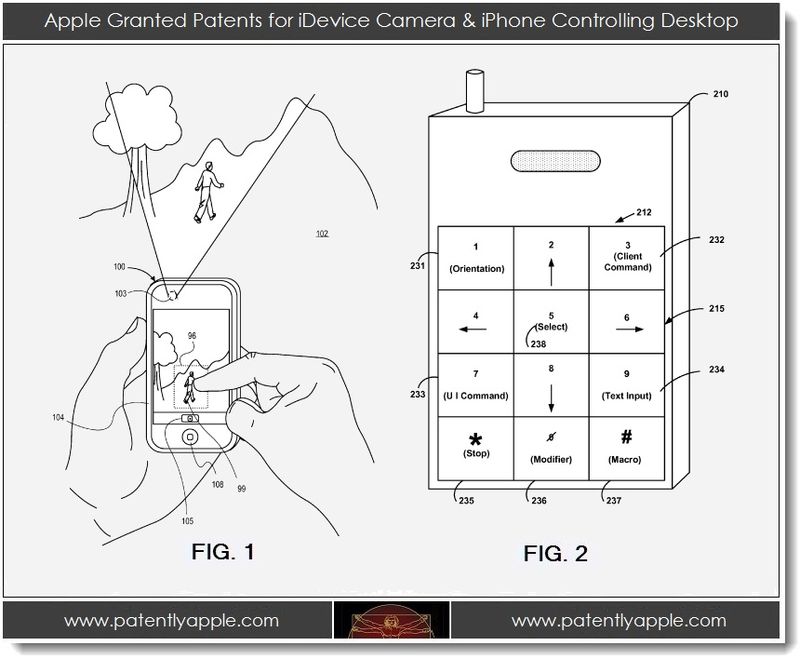 8,238,977 Antenna systems with common overhead for CDMA base stations

8,238,893 Techniques for controlling a portable media device having a radio frequency tuner

8,238,482 Techniques for improving channel estimation and tracking in a wireless communication system