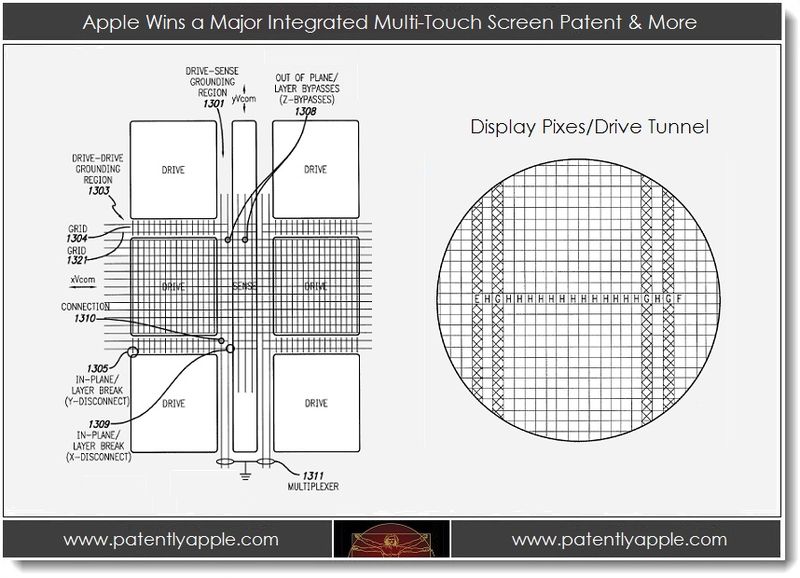 The US Patent and Trademark Office officially published a series of 23 newly granted patents for Apple Inc. today. In our second granted patent report of the day we once again focus on a single major patent relating to Apple's all important Multi-Touch technology that allows iDevices to be thinner, brighter and require less power. We close out our report with a look at industrial design wins out of China and a list of seven additional utility patents covering such things as the assembly of an iPod and managing "to do" items or "notes" on iOS devices.

Apple has received a major Granted Patent that relates to displays including display pixel stackups, and more particularly to touch sensing circuitry integrated into the display pixel stackup of a display. More importantly, the patent also covers aspects of Apple's Multi-Touch technology. This could very well end up being a major patent that Apple's legal team could take advantage of in future litigation.

Apple states that overlaying a display with a touch sensor panel can have drawbacks, such as added weight and thickness, additional power required to drive the touch sensor panel, and decreased brightness of the display.

Furthermore, the multi-function circuit elements can be, for example, capacitors in display pixels of an LCD that can be configured to operate as storage capacitors/electrodes, common electrodes, conductive wires/pathways, etc., of the display circuitry in the display system, and that may also be configured to operate as circuit elements of the touch sensing circuitry. In this way, for example, in some embodiments a display with integrated touch sensing capability may be manufactured using fewer parts and/or processing steps, and the display itself may be thinner, brighter, and require less power.

Due to the importance of Multi-Touch patents, we're presenting you with more patent figures and detailing of Apple's technology below than is customary for a granted patent report. 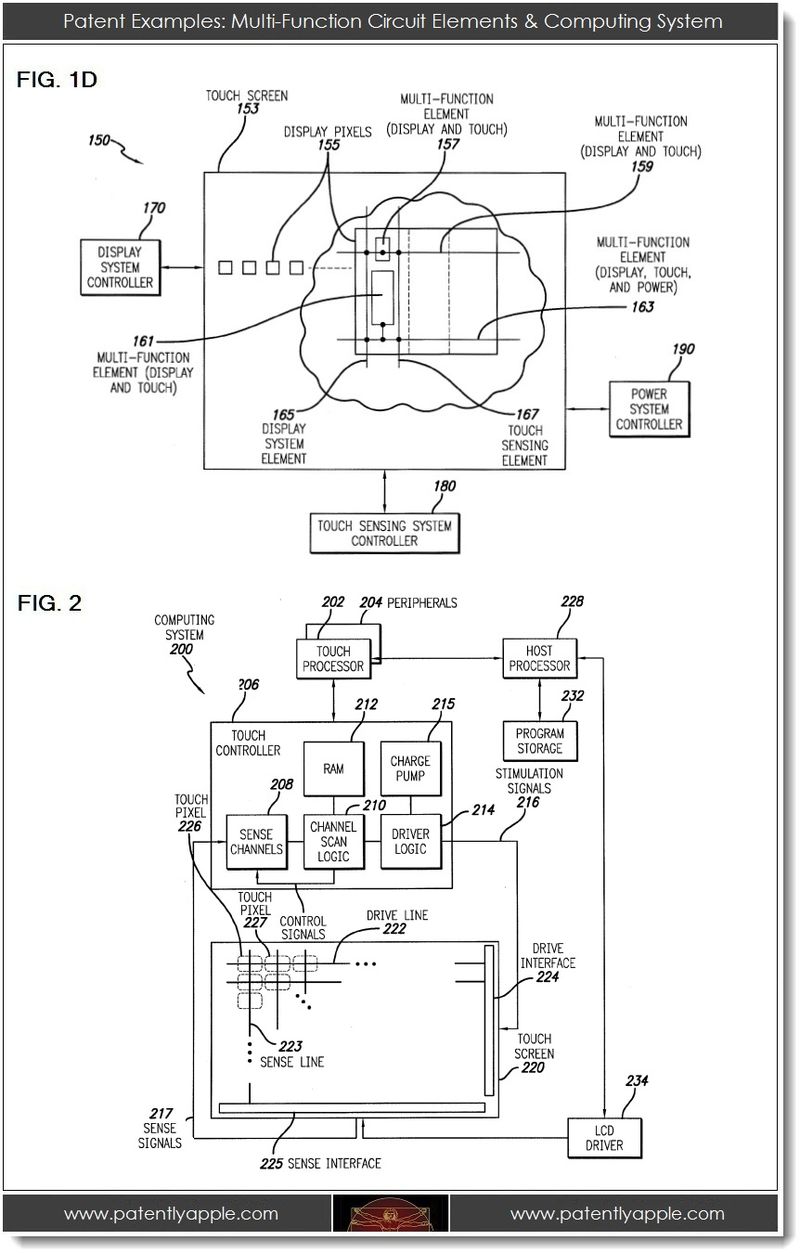 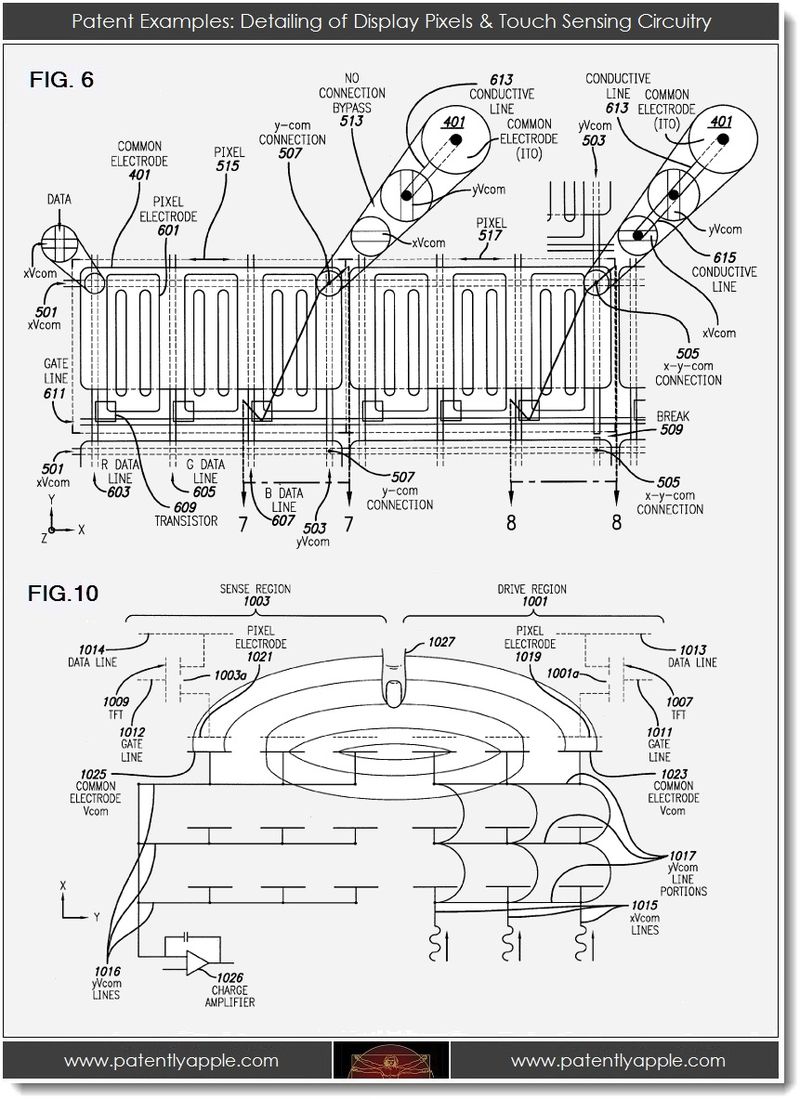 Apple's Patent FIG. 10 FIG. 10 shows partial circuit diagrams of some of the touch sensing circuitry within display pixels in a drive region 1001 and a sense region 1003 of an example touch screen. 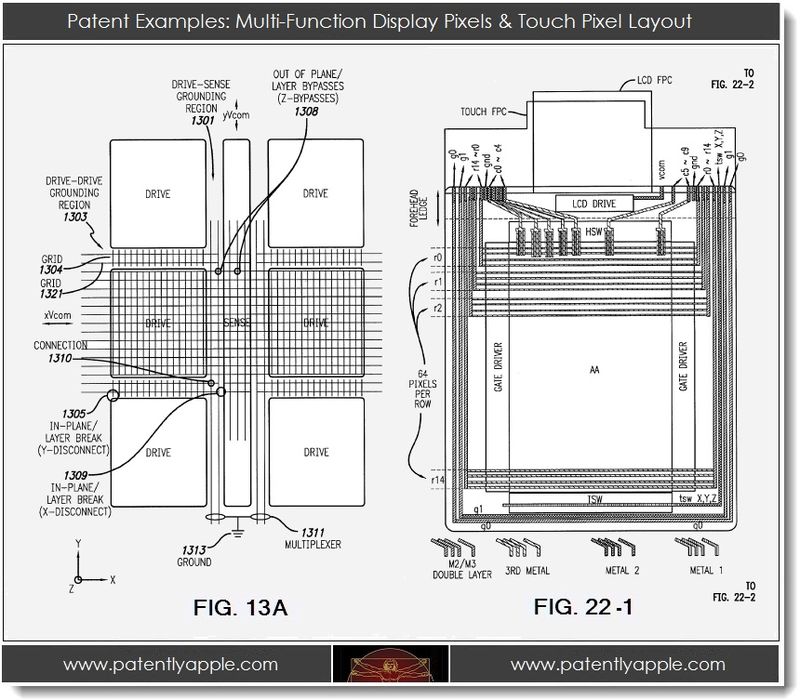 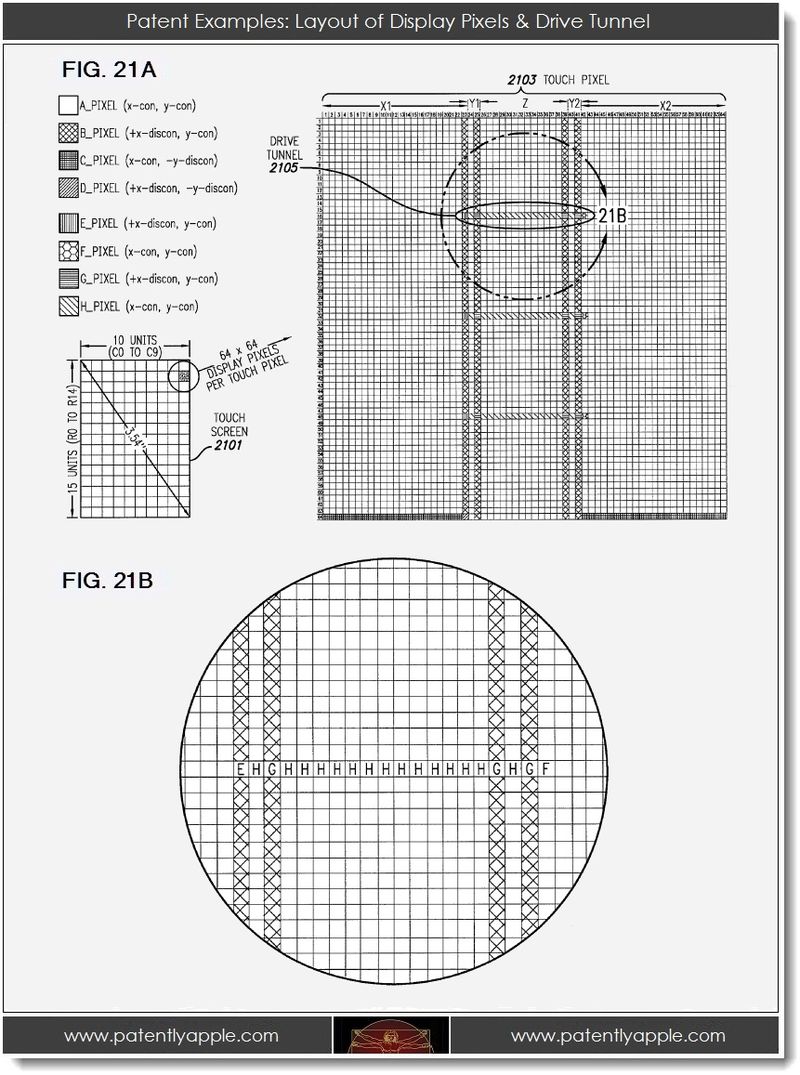 Apple credits Steven Hotelling, Marduke Yousefpor, Shih Chang and John Zhong as the inventors of this patent which was originally filed in Q3 2009 and published today by the US Patent and Trademark Office. For more detailing, see granted patent 8,217,913.

Late last week Apple was granted 3 design patents for their iCloud logo in Hong Kong China under numbers 1102211. 2M001 to 2M003. Apple applied for the designs in October 2011. The designs are now protected until August 2016. 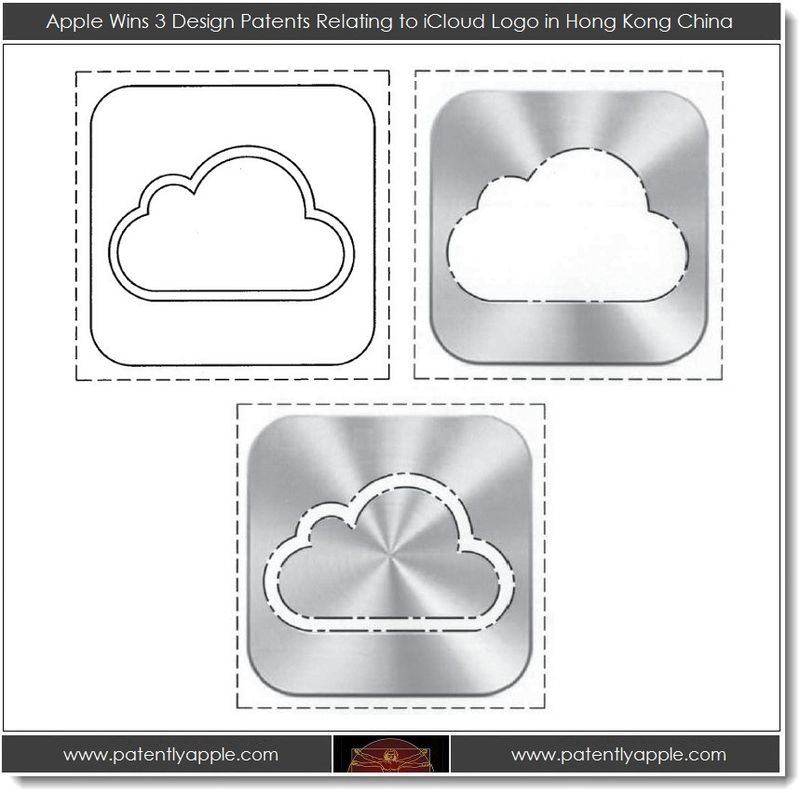 8,218,306 Assembly of a handheld electronic device

8,218,790 Techniques for customizing control of volume level in device playback

8,219,920 Methods and systems for managing to do items or notes or electronic messages

This is great! Something more for Samsung to copy and market like they invented it.