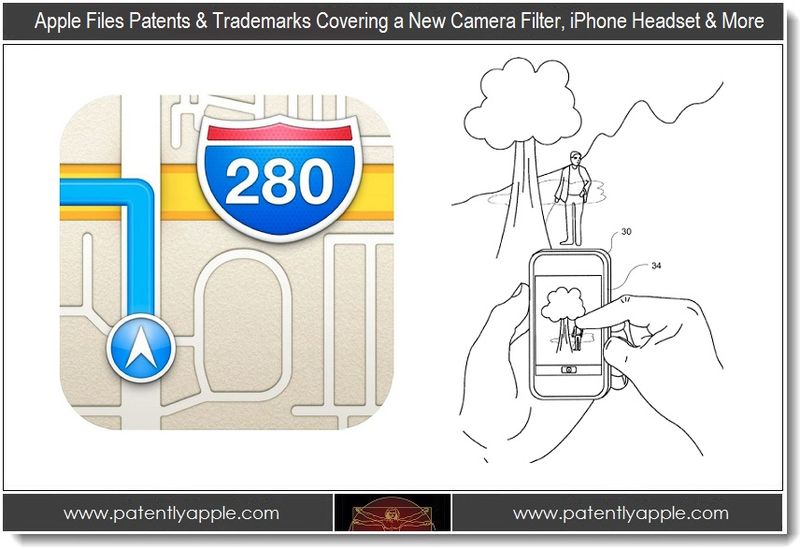 On July 5, 2012, the US Patent & Trademark Office published a series of patent applications from Apple covering a wide range of technologies. In particular, our report briefly touches on inventions relating to a digital signal filter for iOS device cameras, an iPhone wireless headset and Apple's Logic Pro's Surround Panner. For security fans, there's a specific one covering in-place encryption. In addition to patents, it was revealed by the US Patent and Trademark Office that Apple has filed for two iOS 6 related trademarks covering their 3D photo-realistic navigation feature called "Flyover" and their new Maps + Compass Logo reflecting its upcoming "Turn by Turn" feature.

In order to have a thinner smartphone body, Apple states that the camera module isn't mounted directly on a main logic board but rather may be connected to the main logic board and the clock signal generator through a flexible circuit. In this case, the radiation noise of the harmonic components of the clock signal and the digital data signal may be released from the flexible circuit and interfere with radio communications.

Apple's invention solves this problem with a passive filter circuit that could be used to attenuate an undesired frequency component in a digital signal. 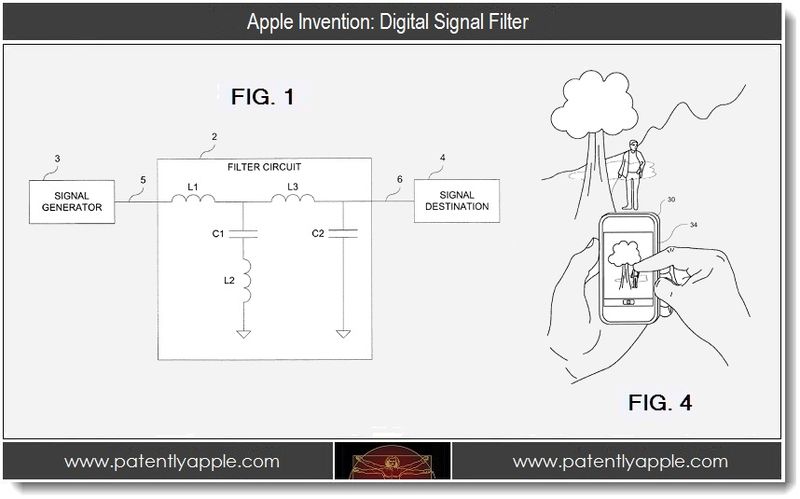 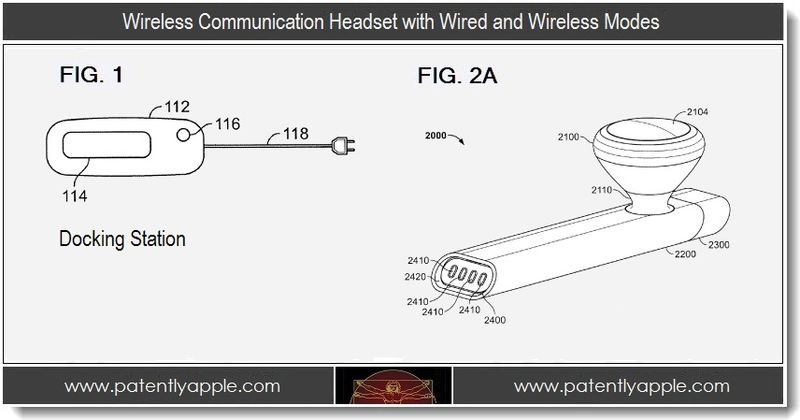 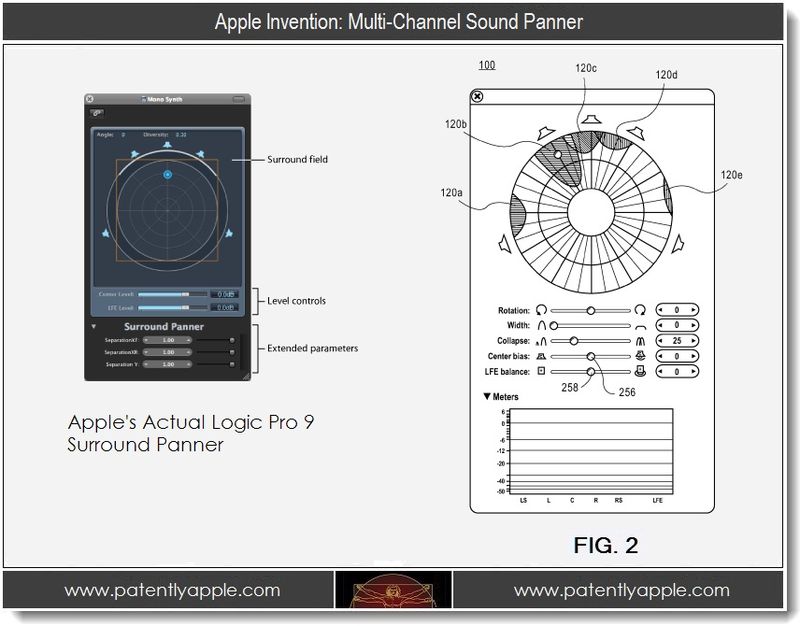 Other patent applications from Apple that were published today includes one that provides a video coding/decoding system that builds implied reference frames from a plurality of reference frames developed during coding; another that covers a method for adapting polling time intervals between a mobile wireless device and a remote server in a wireless network; still another that covers graphical user interfaces and digital video editing; and finally, one that covers encrypting storage devices and more specifically to in-place encryption of a storage device in a computer while the user continues to use the computer.

Apple has filed for their new Maps + Compass feature trademark called Flyover. Flyover will debut with iOS 6 this fall. 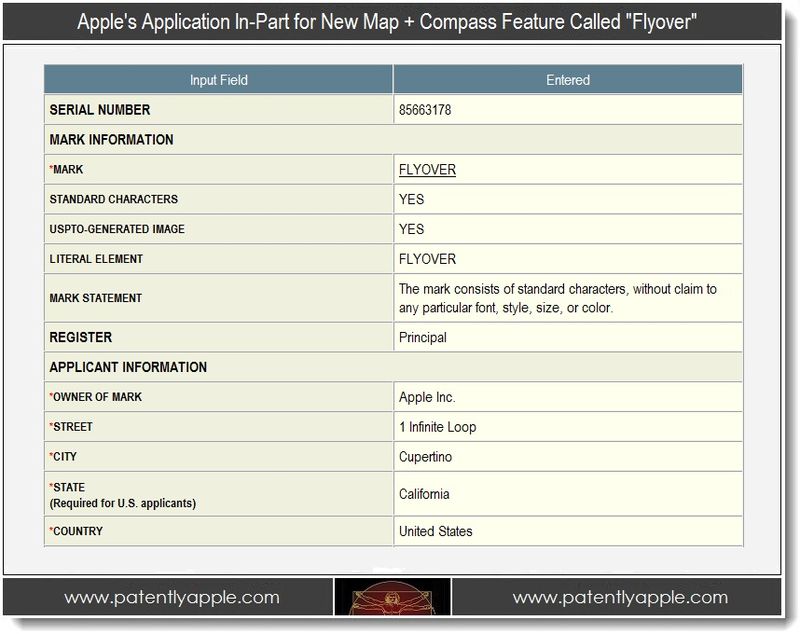 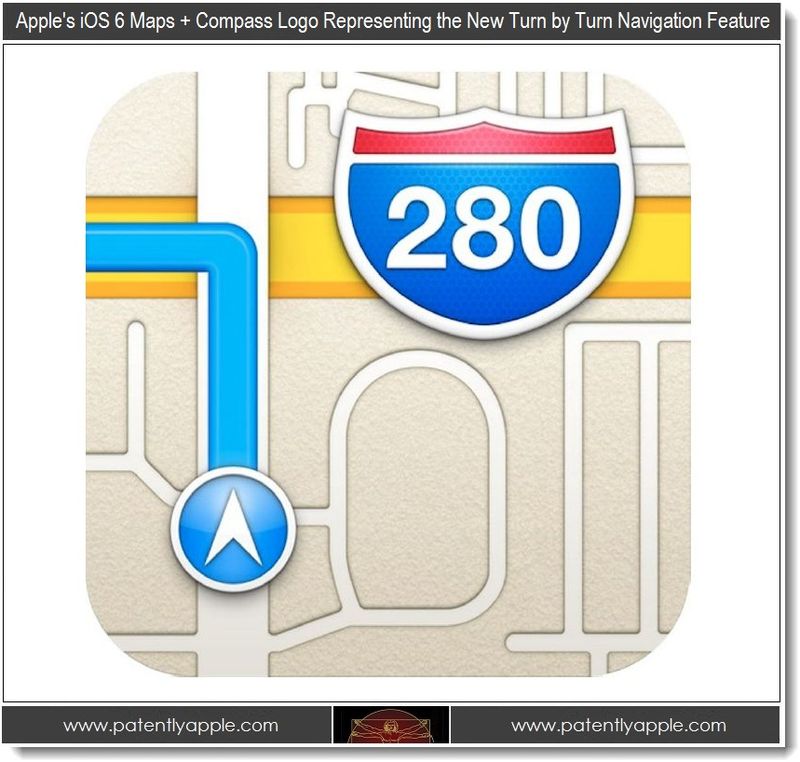