Japan's Nikkei Business Publications reported last week that Fujitsu Ten Ltd has developed a software application called "Driview" that displays video being taken by the camera of an iPhone onto the screen of two new Fujitsu car navigation systems due out this summer in Asia. The navigation systems superimpose icons on the video to navigate the driver to their destination.

To use the "Driview" software, an iPhone is connected to Fujitsu Ten's stationary car navigation system by using a separately-sold cable. The company made the application available on the App Store for free May 16, 2012. The cable may only be on the Asian App store at the moment – though keep an eye out for it the US Store for this summer.

Driview can be used with Fujitsu's navigation systems "AVN-ZX02i" and "AVN-Z02i" which are sold under the "Eclipse" brands. Fujitsu states that the navigation system isn't only for route information on video taken by an iPhone but adds location information to the video and saves it. 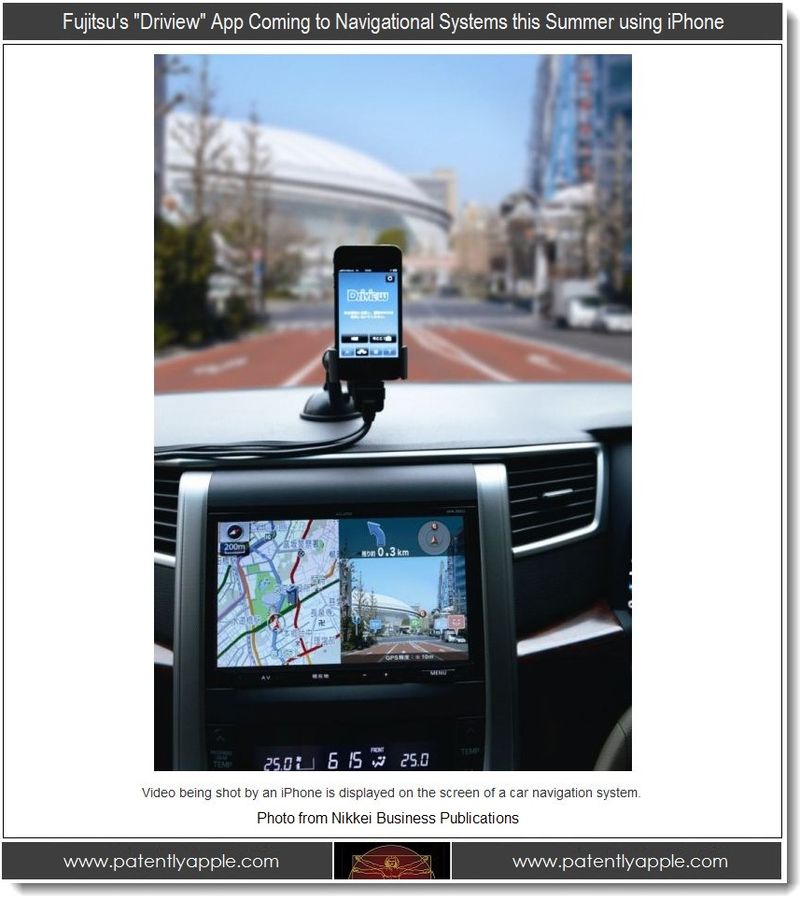