Beyond the major patent applications that we covered earlier today, there are a few minor patent applications worth noting. The first one covers a new iOS device earphone speaker system for enlarging the effective volume of a speaker using a unique blend of gas and air. The second one covers new and improved Apple Store retail packaging. In a third patent application, Apple reveals that they could be adding a "radiation absorber" to a future iPhone. According to Apple, "By virtue of its radiation absorption characteristics … the absorber may help prevent stray radiation from the emitter that may have been internally reflected." Well, well, isn't that nice to know? And one last thing: one of Apple's engineers who worked on the last patent, briefly points to alternative iPhone design features that are basically passé to begin with. The question becomes, why were these features even being discussed in the first place? 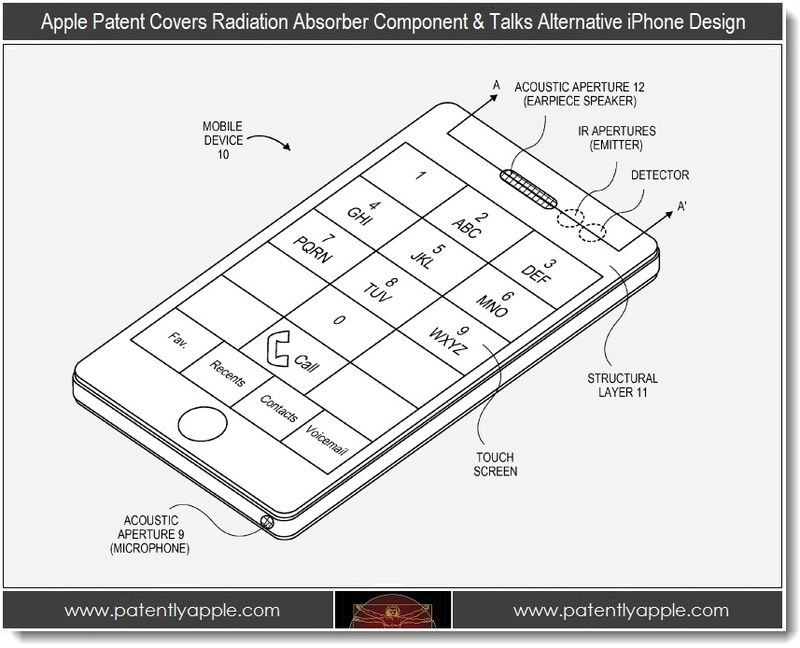 Right in the middle of a patent about a radiation absorber, Apple's engineer named Ching Yu John Tam mentions several simple yet alternative iPhone features. Mr. Tam isn't new to Apple and it's not a matter of it being an acquired patent. Mr. Tam has worked on several Apple patents and here's one of them dating back to an original filing date in 2009. So it's not like he's a newbie. Here's what is stated in the applicaiton:

"A user interacts with the mobile device 10 in this case by way of a touch screen that is formed in the front exterior face or surface of the housing. The touch screen may be below the acoustic aperture 12 (earpiece speaker), and above the acoustic aperture 9 (microphone). As an alternative, a physical keyboard may be provided together with a display-only screen, as used in earlier cellular phone devices. As another alternative, the housing of the mobile device 10 may have a moveable component, such as a sliding and tilting front panel, or a clamshell structure, instead of the chocolate bar type depicted. "

Is this big news? No, not really, but it is the first time that I've seen any Apple engineer veer off course in a patent to describe features that weren't on Apple's official marketing script. This isn't about first-to-market features, but rather simpler ones that Apple never considered or ever implemented. Is Apple thinking of a cheaper simpler iPhone design alternative for the future? I rather doubt it, but a patent slip like this is very rare and Apple may have dropped it in just to get the competition thinking, if not worrying, about new "What if scenarios" that they're contemplating. On the other hand, we never know what Apple has up their sleeve, right? Time will tell. 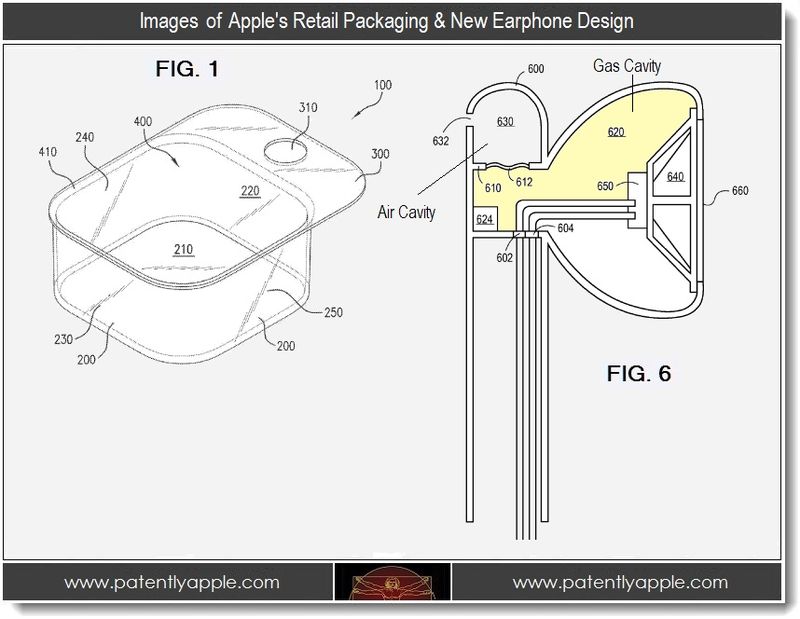 Every week there are several Apple based "Continuation Patents" published by the US Patent and Trademark Office. The vast majority of these patents are simply to correct and/or update patent claims so that the patent application could finally get reviewed and passed by the USPTO examiner. These patent filings generally don't present anything new to present to the community.

Continuation Patent 20120128189 titled "Integrated Speaker Assembly for Personal Media Device." This dates back to a 2007 patent.

Continuation Patent 20120128262 titled "Representing High Resolution Media Content in a Lower Resolution System. This relates to Final Cut Pro and dates back to 2007.